More
Home Opinions Bhima Koregaon and that 'necklace' British got painted for us
Opinions
Updated: 8 January 2018

Bhima Koregaon and that ‘necklace’ British got painted for us 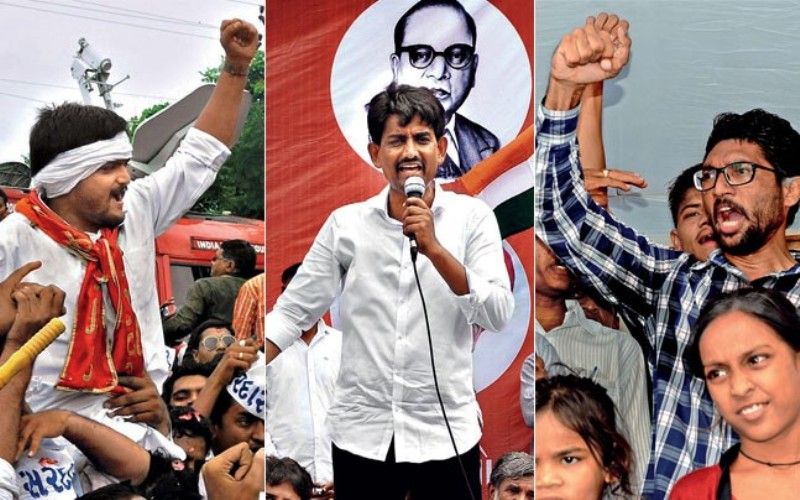 A married woman asked a painter to make a portrait of her. Then she thought for a while and asked the painter to make an expensive necklace around her neck. When he asked for the reason, she replied, “If something happens to me, my husband will get married again and when her new wife will see this painting, she will fight with my husband to have this necklace. That will bring relief to my soul.”

Though it’s just a regular husband-wife joke but it also shows a human nature that derives pleasure from others’ miseries. Schadenfreude.

Until 5 days back, no one had heard about Koregaon, a village near to Pune, where thousands of people of Mahar community used to gather every year to give tribute to their ancestors. It is said that – I would like to clarify that I will use “It is said” instead of “History” as despite having so many news channels, news papers, social and digital media, when we are not able to get actual news then it’s sheer stupidity to believe authenticity of history written in books hundreds of years back – after Shivaji’s demise, his son Sambhaji took over Maratha empire but Aurangzeb killed him, cut his body into pieces and threw his body parts.

Except few Aurangzeb cum vote-bank fans, no one has any sort of problem with this story. But controversial part starts with introduction of a Dalit character called Govind Gopal, who’s tomb has been made besides Sambhaji’s tomb, in a village Vadhu Tulapur near to Koregaon. Dalit community claims that Marathas, under fear of Aurangzeb, didn’t dare to cremate Sambhaji’s body so Govind Gopal showed courage and performed his last rites. Marathas find this story insulting and deny the role of Govind Gopal. Only 2-3 days before the annual gathering in Koregaon, some people decorated Govind Gopal’s tomb and put a board claiming his role in history. It irked Marathas and they allegedly vandalized the board as well as decoration. Perfect setting had been made at perfect timing to arrange a communal clash.

Lets have another story. Again “it is said” that a time came when Peshwa took control over Maratha forces but as they were Brahmins so they used to consider lower castes like Mahar as “untouchable”. At the time of British, Baji Rao part 2, the last Peshwa of Marathas, was forced to flee from his empire but in 1818 he thought of trying once again to take his empire back and arranged 28000 soldiers and marched towards Pune. Near to Koregaon, he found a British battalion. Battalion consisted of around 800 soldiers so Baji Rao sent his 2000 soldiers to finish them up and enjoyed the war from a far distance.

British army consisted of soldiers of Maratha, Muslim, Rajput and Mahar communities and Peshwa’s army consisted of soldiers of Maratha, Arab and Dalit communities. Obviously, many people were killed or badly injured and most of them were Indians. Later on when Baji Rao got the news that British are coming with reinforcement, he left the place with his army. After some months, Baji Rao surrendered to British and British thought of making a memorial but then they think bit harder and made a “Victory Pillar” at Koregaon. Obviously they hadn’t won the battle but had become successful in finding a formula to rule the Indians for long time. They engraved names of Mahar soldiers on the pillar and portrayed it like a win of lower caste community over higher caste community.

Before 1st of January 2018, when more than 3 Lakhs people gathered or were organized at Koregaon to commemorate 200th anniversary of battle, explosives had already been placed at Govind Gopal’s tomb so only a spark was required and to do that honor, people like Umar Khalid (Bharat tere tukde honge fame), Dalit/Non-Dalit/It’s complicated Rohit Vemula’s mother and Congress supported MLA Jignesh Mevani were invited, who were completely irrelevant as it used to be an unpolitical gathering but were perfectly relevant as it had been organized as a political one this time. Inflammatory speeches were allegedly given, calling for another battle of Koregaon as CM of Maharashtra is a Brahmin as well.

Few stones were allegedly thrown on the procession of Dalits, where not a single stone was thrown in 200 years despite Marathas were always in majority. An innocent local Maratha boy, who had nothing to do with all this drama, was killed, hundreds of vehicles were burnt by goons in the name of protests, Maharashtra was shut down for whole day and further political attempts are being made to spread this fire across the nation in the name of “Hindu vs Dalit” war.

I don’t know if hell exists or not but if it exists then the souls of British Generals must be feeling proud of their “necklace”, which they had fabricated 200 years back to widen our social divide. After all, we Indians are still keeping their belief, fully intact.