Clamping down on separatists 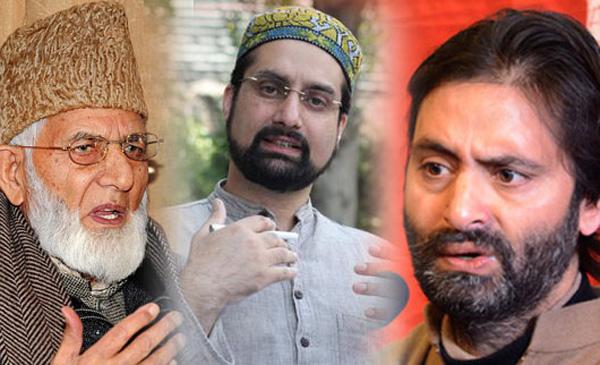 So, the messiahs of Aazadi, flag bearers of the right to pelt stones have once again exposed the amount of brutality & inhumanity they possess while they lynched an honest police personnel in Kashmir. What was the mistake of Mr. Ayub Pandit? His mistake was that he was honestly doing his work without falling to the sheer unemployed and under educated propagandists. His mistake was that he was providing security to the notorious terrorist who openly preaches war against India through hate filled sermons in the Kashmir valley. He brainwashes the locals, bulldozes the schools & colleges and place guns & stones in the hands of innocent children.

While this so-called political stakeholder of Kashmir talks about cessation from India but vividly enjoys the security cover, allowance & other benefits payed by the Indian Taxpayers. This travesty reminds me of the famous one liner delivered by Congress M.P. Shashi Tharoor in his famous oxford debate where he uttered and I quote,”We literally payed for our own oppression”. In the current context, we are literally paying for our own murder & instability. In India, sedition has always been a contentious law and many cartoonists, journalists, dissenters have been booked under the law. While I will not go into the merits of the charge slapped on these many people, one thing is for sure that one case where sedition should be and must be applied is in the current context where a crowd was instigated by someone and they killed the personnel who was merely doing his duty. This incitement was not against any private individual, it was against a public individual that represents the state and who is responsible for maintaining the law & order in a highly volatile zone. I don’t find any justification for the instigator to roam free after instigating such a horrendous violence against an individual.

The home ministry at the center must take serious cognizance of the matter so that such kind of brutality is not repeated in the valley. More importantly, the spoonful of terrorists masquerading as separatists must be booked under National Security Laws and should be imprisoned for life. Even if terrorists are killed by the armed forces, it will all go in vain if the ideology that incubates this sort of inhumane activity is allowed mobility in the society.

We, the Indian taxpayers, are not numb that we shall pay for the propaganda that seeks the dismembering of our own country. It is not about an ideology of left, right or centre but it is about We, The Nation. This nation is not the property of some politicians and intellectuals that they will allow this status-quo to continue. The status-quo has to change. The killing of soldiers and policemen in the valley should not become the “new normal”. Prime Minister should seriously consider banning the separatist groups and declaring it unlawful under the provisions of Unlawful Activities Prevention Act.