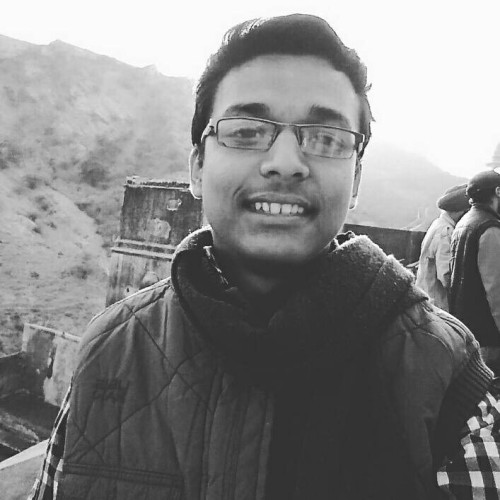 Initially, the scheme would cover about 103 cities having more than 5 lakhs population. Most of the cities to be considered will be the capitals of the states. The mission named as ‘Green Urban Mobility Scheme’ would be implemented in the period of seven years. The initial project implementation duration will be 7 years (2018-19 to 2022-23).

Cities will be selected through a “Green Mobility Challenge” (GMC).

The total estimated fund to be allocated for the scheme is 70,000 cr INR. The fund will be allocated in three slabs of (10%+70%+20%). 10% share will be borne by cities’ local municipal bodies, the Centre will set up National Green Urban Mobility Fund (NGUMF), which will channelize 70% funds from central government and other agencies to cities covered under this scheme, state governments will have to bear 20% of the cost. The different cities selected under the scheme will get the funds in proportion of 50:50 ( cities and urban population), according to which, Maharashtra, Orissa, Uttar Pradesh, Gujarat and Punjab are mighty contenders.

The fund allocation can be understood below:

The government has high expectations from this highly ambitious scheme; everything ranging from cycling, pedestrian facilities, BRTS, bus depots, arrangement of alternative fuels and electric vehicles, setting up of UMTA (Unified Metropolitan Transport Authorities) and UT funds has been encompassed in the repertoire of the scheme. A sneak peak at the expected outcomes:

7)  Setting up of UMTA (Unified Metropolitan Transport Authorities) across 53 cities.

The following challenges stand in the path of these expectations:

1)  The provision of public cycles is not new, in fact it was started in Jaipur couple of years back but could not carry along as cycles could not serve the purpose of long distance travelling, moreover, in today’s maniac schedule people do not have enough time to go to cycle stands and to pick a cycle and go to a place where they could reach with the help of their two/four wheelers in lesser time. The state governments have to take certain measures so as to attract public’s attention to cycles, for this, initiatives like cycle day and cycle marathon could be organized. Cycle stands should be constructed at such places which are not far away from the reach of public. Moreover, cycle tracks are difficult to construct in congested roads and places near markets.

2)  The BRT (Bus Rapid Transit) system which is already present in many capital cities and some other cities have been in operation from quite some time now. While many BRTS corridors are serving quite effectively, at the same time others have not met the same fate. Looking at the famous example of Delhi BRTS corridor which was dismantled couple of years ago, made with the huge investment of 115 cr INR, along with many hardships faced by the public during its construction, lessons need to be learnt. The BRT systems should not be constructed on routes with less number of passengers, number of accidents increased in the case of Delhi due to poor construction and design.

Moreover, the roads also congested and people raised their voices vociferously against it and as a result, it was taken out of operation which incurred a huge loss to the government. Clean, well designed stations offer a comfortable means of travel for the commuters. Clear branding coupled with real time passenger information systems help commuters in perceiving these systems as a high quality transit options that are different from regular bus services. Apart from this, many city causes are causing more pollution because of their detrimental condition, which need to be replaced with new and more efficient machinery to address the problem.

3)  When we talk about alternate fuels, CNG strikes our minds. In Delhi, when the use of CNG as fuel was made mandatory by the court, only few companies were given the license to sell CNG and as a result, long queues daunted the pumps. The government monopoly to give the license to only few companies need to end because then only efficient supply of fuel can be there throughout the city. Moreover, emphasis is lso being put on electric vehicles but government can’t overlook the cost behind purchase of electric buses or other such vehicles as in past also, many attempts have been put forward by many state governments but the result has always been negative owing to the extortionate prices of the electric vehicles purchased from outside of the country, as indicated by a report of the Indian Express.

Also, the battery which are employed to run these buses and heavy vehicles is a costly affair. To run such a bus, the typical battery capacity needed will be 186 kilowatt hour (kWh) to cover a distance of 100-120 kms in Indian cities for one charge cycle. Very few battery makers today make batteries of that specification, suitable for public buses and accounting for rather difficult Indian road conditions – heat, dust, vibrations, potholes and traffic. Manufacturers, who can potentially supply such a battery, will price their product around $250 per kWh. That’s an investment of nearly $46,000 or upwards of Rs 31 lakh, which is more than 30 per cent of about Rs 1 crore, the total cost of the bus itself! Depending on battery capacity used and per kWh unit price, the battery can represent anywhere between 30 per cent and 45 per cent of the cost of an electric bus.

This problem can be addressed by the government by investing in Indian electric vehicles and battery making firms so that import of vehicles incurring heavy charges can be checked and a boost to domestic industries could be provided. This can serve a dual business of make in India along with green and clean transport.

Apart from this, many other problems exist in the machinery itself because of which almost every scheme delays. These are:

The performance of this first phase being started as a pilot project will give the directions to upcoming phases. However, if implemented successfully, this scheme will not only help the people in terms of swift mobility around the cities but also sustainable transport accessibility to nearly 58% of urban population will be provided that too, with decreased pollution levels. Also, this scheme will also assist AMRUT scheme launched by the government which will certainly help building the ambitious smart cities.