More
HomeReportsElon Musk throws his weight behind Make in India: All thanks to ISRO
Reports
Updated: 14 April 2017

Elon Musk throws his weight behind Make in India: All thanks to ISRO 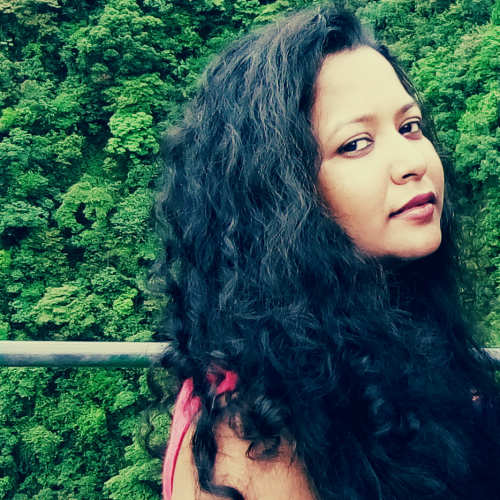 shravanipt
A lawyer-turned-freelancer with an impassioned zeal for the arts and the law, she is currently exploring both her interests and mostly writes on all things legal. An avid reader, besides law, she particularly follows the latest happenings in business, media/entertainment, health and nutrition, and other trending news. Currently she writes on start-ups and intellectual property laws for Quick Company (dealing in company, LLP Registration and MSME Registration and associated activities); on employment, IT, property, constitutional, family, consumer, health and other laws, and also ghost-writes on a variety of non-legal content for various local and overseas clients.

With the simultaneous launch of a record 104 satellites on a single rocket on the morning of 15th February 2017, India not only created history in the turf of space exploration mostly dominated till date by first and second world countries like the U.S. and Russia, but also came back on the world map in a huge way with Tesla founder Elon Musk heaping praises on the Indian Space Research Organization (ISRO) for this impressive feat through his tweet here.

Breaking the previous record set by Russia that had launched 37 satellites back in June 2014, PSLV-C37 took off from the launch pad at Satish Dhawan Space Centre in Sriharikota propelling the satellites into orbit at a speed of 27000kmph. Of the 104 satellites, around 101 belonged to six foreign countries, with the maximum number roped in from the U.S.

India has undoubtedly set a world record with the completion of this colossal mission, and yet, this is only preceded by ISRO’s earlier success of effectively launching 20 satellites in a single flight in the Sun-synchronous orbit in June 2016.

It is notable that of the 104 satellites taking off as part of the mission this February, at least 88 were owned by Planet Labs, a San-Francisco based start-up aiming to build a constellation of satellites that would facilitate panoramic imaging of the entire earth on an everyday basis. The list includes additional 8 LEMUR-2 nano satellites owned by another San Francisco-based start-up, Spire Global Inc. Five other satellites, with one each coming from each of the other participants, namely, the PiezoElectric Assisted Smart Satellite Structure (PEASSS) from Netherlands, Switzerland’s DIDO-2, Israel’s BGUSat, Al-Farabi-1 from Kazhakstan and UAE’s Nayif-1 also made up the bundle.

One of the chief reasons international space explorers are increasingly heading towards India is the cost. Sample this: Even California-based Space X, Elon Musk’s private aerospace design and manufacturing company that had managed to rattle Stephane Israel’s Arianespace in the satellite-launching domain by slashing costs alone, seems to have detected a threat in the way ISRO’s PSLV rocket has managed to achieve staggering success in this sphere at merely one-third the costs borne by Space X in launching its Falcon 9 (which amounted to about $60 million).

This is not the first time India has managed to achieve stellar results in its style – low costs, high expertise. Back in 2014, the country, in sending its Mangalyaan satellite into orbit had tasted success in its first very attempt, and was lauded for two reasons: It was the first country in the world to have achieved this feat at one go, and it did so at a fraction of the costs footed by NASA for their expedition – India’s $45 million as against ten times the cost pumped into the American Maven orbiter that was sent to the Red Planet, only shortly before Mangalyaan.

So how has India been able to do this so cheap?

For the average Indian technology and science enthusiast/expert, the general attitude hinges on prioritising home-grown components and developing technologies at low costs while keeping an eye on maximum benefits.

Keeping things simple, such as – using a payload of only about 15 kg as opposed to the Maven’s 65 kg, has also helped ISRO in slashing down the costs while smartly focusing on vital questions being hotly debated in the space realm. For example, Mangalyaan was launched with the purpose of measuring methane in the atmosphere at Mars, and the mission was found to complement the existing discussion and missions charted around possibilities of life on the Red Planet, those being observations made by the Maven and Europe’s Mars Express.

Not to forget the take-home salaries of Indian engineers which considerably pale in comparison to those paid to their NASA counterparts, and the nation has a deadly concoction of brains, expertise, a blend of the homespun and contemporary methods with a low-key pricing in general, at its disposal to set off the most daring and audacious space missions in future.

It may be noted that India’s closest rival in the space exploration business, China, is also moving forward aggressively and plans to overtake current dominant players, the U.S. and Russia. From strategizing landing of taikonauts on the dark side of the moon by 2036, investigating the possibility of a permanent radar station, reserving the sending of a manned mission to Mars on its wish list to actually launching the world’s first quantum satellite in August 2016, China has been going from strength to strength. Be it in attempting to establish hack-free communication or developing its own GPS system, the BeiDou, it would be safe to say that it is soon on its way to dismantling the current undisputed leader in the space arena, the U.S., and is generally being viewed as a threat by the latter.

It is however, the third world country’s aggressive military space program that allowed an anti-satellite system to shoot down a Chinese satellite back in 2007, and future aggressions that may result from similar Chinese anti-satellite ventures, is what is being feared by the United States. It is not merely apprehensive, but it seems like it almost expects China to destroy and disrupt its space crafts in future and thereby, continues to be in a war-mode with the Asian country. Given this scenario, China definitely does not feature as a likely option in space business for private companies around the globe, specifically, the U.S.

Besides, despite spreading its wings far and wide, China has not been able to wet its feet in the commercial space industry. Its Long March rocket is almost as expensive as its Arianespace counterpart and so, it again boils down to the exceptional cost advantage India has in the world map right now.

For now the country, with its neutral global political face, smart professionals, first-rate launch technology and ripped costs pumped into its home-based ventures, is the right place for foreign countries to invest their money in.

Hurdles in the way and how India has navigated them

The biggest hurdle remains in the limited capacity of the PSLV which can launch satellites only up to a weight of 1800 kg. This certainly falls way too short when viewed against the American Maven’s launch mass capacity of 2454 kg, but ISRO has made up for the shortfall by focusing on launching smaller satellites instead which continues to find comfort in a growing market interested in getting smaller satellite missions off the ground.

The PSLV’s reliability and versatility has only intensified in the past 25 years or so, with the rocket successfully launching in an array of orbits that includes the Polar Sun Synchronous, Geosynchronous Transfer and Low Earth orbits as well. The number now stands at 122 satellites sent into orbit, most of which are foreign. Its soundness and low cost plusses have proved to be quite a game changer in that, even Google chose to send Terra Bella’s (a Google subsidiary) SkySat Gen-2, as one of the 20 satellites launched earlier in 2016 by the PSL C-34 rocket, despite maintaining a stake in Elon Musk’s Space X.

Then again, U.S. based Planet Labs Inc. circumvented the U.S. government’s ban preventing American companies from dealing with the ISRO, to participate in this enormous mission undertaken by the ISRO. This only promises better commercial exploitation of existing gigantic potential in the Indian space arena, making the country a powerful contender therein.

Has ISRO reaped its fruits for all the hard work? Yes.

The total cost of the current space mission has been borne in half by the participating countries, so there is a monetary benefit there. Apart from this, for its thrifty launch services provided through the PSLV, ISRO has already amassed around US $100 million by launching 45 foreign satellites, belonging to 20 countries that includes small and large space exploration players alike.

No outstanding pecuniary benefits accrue to the ISRO as of now, when taking into account the Rs.6959 crore budgetary allocation of the space department. Nevertheless, they serve as small steps leading to enormous success and dominance for the Indian sub-continent in this circle in future.

ISRO – powering ahead, and how it continues to accelerate the Make in India drive

ISRO’s core strength – its commercial wing Antrix Corporation, has been instrumental in not only providing satellite launch services, but also communication satellite transponders for broadcasting and telecommunication services, market data from Indian Remote Sensing (IRS) satellites, as well as building and marketing satellites and satellite subsystems. To top it, the pushy SAARC satellite project has also been announced and aims to provide services to India’s neighbours in a variety of sectors such as telecommunications, television, tele-education as well as disaster management.

With more and more countries flocking to the Asian sub-continent, it can be vouched that the Make in India project has accelerated in an unimaginable way in the space exploration field.

As for Elon Musk who is currently impressed with ISRO’s bold feat and has joined the global fan base of India’s growing prowess in this department,  for all we know the tech genius may head eastward to partake in the numerous benefits India’s commercial space business offers at the moment. After all, sometime last month the CEO had hinted at Tesla launching its electric cars in India by summer this year. This was preceded by a previous 2015 announcement of entering the Indian market with its most affordable Model 3, a perfect fit for the price-conscious Indian consumer.

When viewed together, these economic opportunities undeniably act as powerhouses in accelerating the Make in India campaign even further.

shravanipt
A lawyer-turned-freelancer with an impassioned zeal for the arts and the law, she is currently exploring both her interests and mostly writes on all things legal. An avid reader, besides law, she particularly follows the latest happenings in business, media/entertainment, health and nutrition, and other trending news. Currently she writes on start-ups and intellectual property laws for Quick Company (dealing in company, LLP Registration and MSME Registration and associated activities); on employment, IT, property, constitutional, family, consumer, health and other laws, and also ghost-writes on a variety of non-legal content for various local and overseas clients.