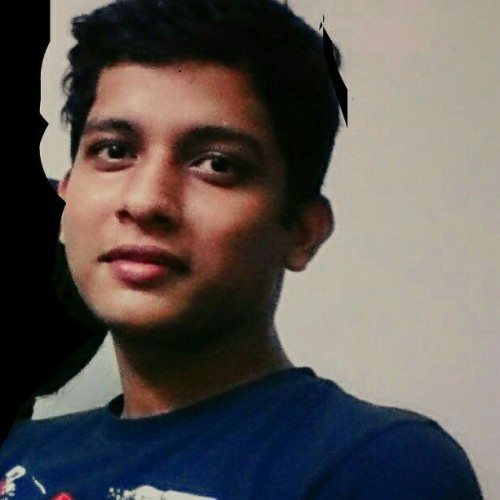 The China–Pakistan Economic Corridor is a collection of developing projects. CPEC aims to facilitate trade along an overland route that connects Kashgar and Gwadar, through the construction of a network of highways, railways, and pipelines. The economic significance of the project can be figured out by the fact that it was initially a $51 billion project ,which makes it the biggest overseas project for China . The gravity of the project got further loaded up after the announcement that Beijing is to pump in more money into the project, thus financing three more road projects under CPEC.

The project looks simple and positive with an intention to achieve regional prosperity and developed connectivity between Pakistan and China. But, the project and more importantly indulgence of Pakistan with China holds many diplomatic and strategic significance for India and its other non-aligned neighbors. Involvement of Pakistan with super powers like China and Russia will definitely hit South Block and India cannot afford to keep itself aloof from the recent developments concerning its neighbors.India had tried to deliberately push Pakistan into diplomatic isolation by boycotting SAARC summit following Uri attack earlier this year.Eventually, the SAARC summit was called off ,sending a very positive and unanimous message by other member countries that terrorism and talks cannot proceed hand in hand.

Though the message was expected to serve as a warning to Pakistan that it should stop being the epicenter of terrorism and take counter terrorism measures but what India saw was another terrorist attack in Nargota, kashmir. The attack left India shunned and the town is still in the process of recovery. Second round of blow for Pakistan came from Heart of Asia summit concluded in Amritsar, India earlier this month. The regional meet unanimously named Terrorist groups in Pakistan and asked for action.The message from the summit was candid and loud that Pakistan’s Jekyll and Hyde’s personality has been fully unmasked and the time has come for it to stop being state sponsor of terrorism. The outcome of the summit was very strong and satisfying as Afghanistan(permanent chairman) and other member countries joined India in putting further international pressure on Pakistan for it being a home to various terrorist organisations extremely fatal for mankind.

Following a very successful summit on by and large, Mr. Modi surmised Pakistan to be smart enough to take lessons quickly after repeated humiliation from its neighbors. Mr. Sartaz Aziz, adviser to Pakistani Prime Minister Mr. Nawaz Sharif on Foreign Affairs , was the lone attender of the summit from the Pakistan’s side. Though Mr. Aziz termed the heat received by Pakistan on the terrorism issue as ‘simplistic” but the attack had far reaching implications.

Like Nargota followed SAARC boycott, CPEC did Heart of Asia summit. Though the CPEC is very different in its nature from Nargota terrorist attack but the sole motive behind the both being predominantly alike that is of strategic intent of besieging India and escalate tensions. The CPEC on India’s front is a mischievous project intended to corner India on Economic, Border Security and specially on Diplomatic fronts. The nature of CPEC is troublesome for India in many ways. Not only it passes through Gilgit-Baltistan which remains a highly disputed territory but it is also a major blockade in bilateral relation between India and Pakistan. China’s pursuance with this project despite Mrs. Sushma Swaraj telling Chinese Premier Xi Jinping that projects passing through Gilgit-Baltistan are “unacceptable” is surprising and bothersome. Another aspect of the project which poses a serious threat to India’s contemporary diplomatic ambitions is that it has provided Pakistan with an opportunity of involvement with global players like China. Involvement with China and Russia in the Asia pacific region would pull out Pakistan from the pressure hole in which India had tried to push it in recently through the strategy of diplomatic isolation.

Out of all the factor that irks India with regard to CPEC, the most displeasing is Russia’s overwhelming support to CPEC and active involvement with Pakistan and China. Russia has been one the most trusted and tested partners of India. But, for the first time in its history India finds its key partner shifting more on its neighbor’s side and speaking their way. The Russians not only showed huge amount of support to CPEC but have also expressed their ambitions to stretch this into the Eurasian Economic Unit. This active support to a project against the interest of India is a clear indication of the fact there is something wrong between New Delhi and Moscow.

The anomalous behavior of Moscow can be understood by the fact there has been a communication void between Moscow and New Delhi in recent times.Though Mr. S Jaishankar assures the nation of India sharing a healthy and key relation with Russia but the devil lies in the detail. Russia’s silence on Pakistan terror at the BRICS summit earlier this year has stunned Modi and his team in recent times . A careful perusal of all the activities that Russia has engaged into and all the stand which Russia has taken in recent times clearly reveals that Indian think tanks and Mr. Modi seem to have neglected Moscow though Russia being a global player. Among all the disappointments which India has gone through in recent times, the recent one being at trilateral consultations on regional issues at Moscow regarding increasing influence of IS in Afghanistan including Pakistan, China and Russia. Not only New Delhi was neglected in the invitation for the talk but also it found no mention in building a new axis in Afghanistan to accommodate Taliban a tool against Islamic State Terror Group.

All the above stated factors and incidents are clearly an evidence of how India’s ignorance for Russia costed India not only a loss of an old trusted friend but also put India into a virtual isolation with China, Russia and Pakistan together.India now remains a bit distanced from the major powers of the region and also much dependent on small and economically very dependent economic powers of the region namely Afghanistan, Bangladesh, Nepal and Sri Lanka. While it now depends hugely on global players like U.S. to rescue it out of this virtual isolation, it will be tough even for U.S. to do it now. Though India got an informal invite from the Chinese MEA spokesperson to join CPEC and shun enmity with Islamabad but considering the philosophy behind the India’s foreign policy that looks highly unlikely. No G2 is acceptable to India. Though India stands firmly in support of regional prosperity through regional cooperation but it is against the interest of India to affiliate itself to a project in which two countries on their own decide to dominate the whole region.

With all the applied efforts to isolate Pakistan failing and Pakistan still being in the state of denial despite being the epicenter of terrorism, India has suffered a major set back in terms of dominating the Asia-Pacific region. It will be interesting yet tough for India to move ahead with forthcoming events in the region and keep its agenda of detachment from Pakistan on. So the primary question to ask ourselves is whether CPEC has become a cause of concern for India? Hasn’t India’s top notch failed to execute the strategy of diplomatically isolating Pakistan by keeping it talks with other key players of the region moving?