Demonetization: The politics of morality 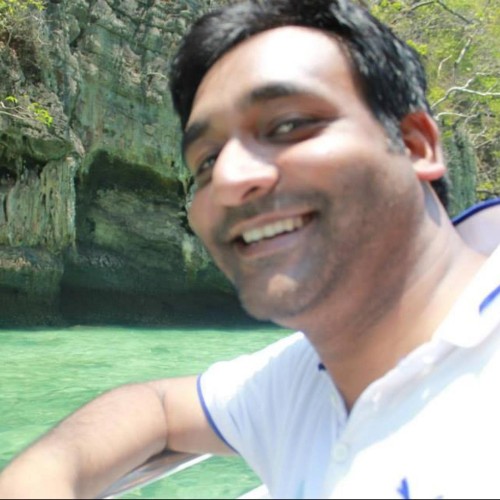 vinaytiwari
A student of Indian politics, Western Philosophy currently in love with the works of Roger Scruton & Karl Popper

Zhou Enlai, the Chinese Premier, was asked by a reporter about the impact of the French Revolution and he responded, “It’s too early to tell”.[1] The question was asked in 1972 more than 180 years after the French revolution of 1789. If Zhou Enlai were to meet the current crop of economists and opinion piece writers in India, he would be amazed at the progress that has been made since for these worthies have, in three weeks, analyzed, passed judgment and predicted consequences with oracular clairvoyance on an issue which in scope and suddenness has no parallel.

One could treat the outpourings of the “Judgmental Economists” with a modicum of credulity, were it not for the niggling fact that not only do these judgments not agree with one another, some are diametrically opposite. The simple answer to this conundrum could be that the commentators are intellectually dishonest or incompetent and a disinterested economist will be able to correctly assess the impact and consequences of the move. Alas that too is not possible for simple reasons that seem to have escaped the notice of those speaking so surely.

Firstly, estimates on the size of the Black economy vary quite a bit and more importantly on how such ill gotten riches are distributed across asset classes like cash/gold/real estate. Secondly, distribution of such black money, whether it is the wealthy 3% who have it or is it more widespread with significant amounts being with small time traders, businessmen, bureaucrats etc. Thirdly, in an economy as large as India billions of commercial transactions happen a day which impact each other in myriad ways. Modeling the exogenous shock of demonetization on the economy is nigh impossible given we have no precedent or control set. By the very nature of the issue at hand we see that economic/utilitarian analysis run into methodological troubles and a meaningful analysis requires much more time, data and rigor than the current crop of economists/columnists have offered. So then what do these surefooted judgments signify and if post facto analysis is so difficult then on what premise did the government announce the move in the first place?

In a nutshell the reactions and judgment passed by people like Amartya Sen, Jean Dreze, Summers, Pattnaik reflect the sum total of their existing worldview, theories and most importantly prejudices. They have cherry picked unverifiable facts/anecdotal evidence that fit in with a conclusion they arrived at beforehand. This is to be expected, however it does not mean that the critique penned is nonsense it just isn’t what it purports to be i.e. a definitive analysis on the motivation and consequences of the decision. The Popperian distinction between sense and science is critical to keep in mind just so we realize what it is that can be said or refuted with certainty and what is unfalsifiable opinion masquerading as fact in the blizzard of writing that the demonetization decision has entailed.

Now that we have established that an economic analysis of any exactitude is not possible at the present moment then what can be said or discussed? Should we, as Wittgenstein suggested, pass over in silence whereof one cannot speak[2]?  No, we must discuss and debate not as prophets but as seekers.  I now turn to analyze, what is in my opinion, the nub of the issue at hand: why did Narendra Modi pursue this course, what motivation and vision underlies such a bold step? This question has, of course, been discussed but the output mostly concentrates on the instrumental concerns. Political benefit, economic growth, crippling terror infrastructure et al have been offered as guiding force behind the decision. While these may not be incorrect I feel they are incomplete answers. The heart of the decision lies in the puritanical streak of the RSS worker who has risen to supreme political power and more importantly why political power is pursued; is it an end in itself used only to perpetuate itself or is it a means to an end.

Narendra Modi is shaped by the RSS, by the discipline of the Shakha and the impecunious existence of the full time Pracharak. He has a strong moral world view inherited from the RSS where strength comes from stamping out the malaise within and where moral order in the society is prized above economic benefits. Even right of centre thinkers see Mr. Modi in the mould of a Thatcherite conservative working towards assertive nationalism and economic liberalism. Perhaps this is the persona he has projected in the recent past. In the demonetization decision we see the moral/ethical centre of decision making take precedence. It is a course of action that appeals to the puritanical streak of the Pracharak, this is the proverbial test of faith, a ritual of self purification which is painful but needs to be done not for the instrumental benefits it will bestow but because it is the right thing to do. Not since Mahatma Gandhi has a leader bet so much on the moral fiber of the people. The RSS, understanding the underlying reason, has reacted by saying that the move is to make India a moral nation and that the decision is a noble endeavor. Not for them the crass maths of GDP, velocity of money, net benefit. The offensive attitude of the Prime Minister post the decision, his obvious glee at how the decision has hurt people with ill gotten riches all point to how this decision is much deeper than a politico economic cost benefit done by the PM. His stakes are much higher; he sees it is an act of nation building in which all Indians have to participate. It is not just we, the people, who sit as judges on the Prime Minister. We are being appraised too.

Let us for a moment consider another question: why do people/parties fight for political power? Some fight for the corrupt pecuniary benefits it entails, some for protecting or furthering sectional/regional  interests and some may pursue it as an end in itself for power is an addiction too. Let us now hark back to that original political mobiliser, the first true mass leader Mahatma Gandhi. He had a vision for India and for the people who would live in this land. For him political power was secondary. His primary concern was societal reform. Excising the blatant injustice of untouchability, lack of cleanliness, poverty to name a few. Freedom and self rule were important to the extent that they contributed to building the individual, society and nation that Gandhiji envisioned. So why does Narendra Modi pursue political power? Clearly not for personal aggrandizement or to start a dynasty, he does not represent a sectional interest in the way Mulayam, Mayawati or Akalis do. We now come to the similarity between Modi and Gandhiji, for both of them the pursuit of political power was a means to the end of implementing a vision of the nation where a moral order underlies the political superstructure. The stand taken by Modi in 2007 on the issue of waiver of electricity bills for farmers exemplifies how he will gamble all to retain the vision of that moral order. A political victory built on moral compromise is Pyrrhic and political power that does not allow you to reform/ reorganize society in line with your vision is irrelevant. It is this that power hungry politicians and liberal intelligentsia possessed of no strong moral center other than adherence to outdated slogans of hollowed out ideologies find difficult to understand. They cannot fathom a motive other than self interest and they clearly do not envisage how someone can so calmly take such risks. To paraphrase Michel Houellebecq “It may well be impossible for people who have lived and prospered under a given social system to imagine the point of view of those who feel it is rotten and who can contemplate redrawing it without any dismay”.[3]

If I am right in my assessment, this decision is just the first shot in a long battle. Leaders with a firm vision and the wherewithal to bet his/her political future on it are few and far between. Yes there are risks but such a leader is always preferable to one who has no vision at all (Rahul Gandhi) or one whose vision is anarchy born of persecution complex (Arvind Kejriwal). To fight Narendra Modi the opposition needs an alternate vision of the nation and a leader who can sincerely embody it. Both are currently in short supply. An astute politician like Narendra Modi recognizes this and we will see more bold decision making and risk taking in days to come. This is Narendra Modi’s chance to leave an indelible print on the soul of our society and he will take it.

vinaytiwari
A student of Indian politics, Western Philosophy currently in love with the works of Roger Scruton & Karl Popper