More
Home Opinions Is it true that Arvind Kejriwal raped a girl during his IIT days?
Opinions
Updated: 28 November 2016

Is it true that Arvind Kejriwal raped a girl during his IIT days? 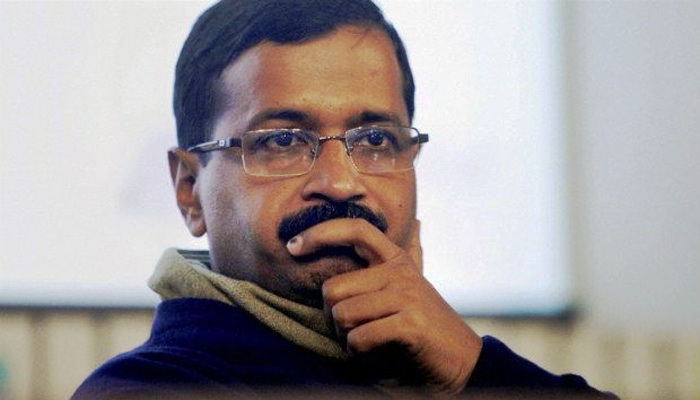 I just could not believe it when I got this message on my whatsapp this morning. It said that Arvind Kejriwal was accused of rape when he was a student of IIT Kharagpur. The message claimed that he was even arrested in 1987:

I was shocked when I read this. I had read about his “Aaloo” affair earlier. A journalist had exposed his illicit relationship with a much younger girl. But I thought it is okay – how does it matter if Arvind Kejriwal is cheating his wife? It is his personal matter.

But now this is too much. This is crime. We cannot allow a criminal to lead us!

People should know the real face of Kejriwal.

I want all of you to share the above news clipping and ask “is this true?”

But you know what is the truth? The above image is fake. Anyone can generate such newspaper clippings with some websites online these days.

I am honest to say this. I am sorry for creating this confusion for a minute. I do NOT want to defame Kejriwal.

But when will Kejriwal show the same honesty towards others?

I was so angry when I saw him spreading rumour again and again, including today, and nobody questioning him. No media person saying that a senior leader who came into politics to change politics should practice a politics that is new.

He spread rumour about a man committing suicide in bank due to lack of cash, while truth was that the dead person was a robber. He did NOT delete his tweet or posted any clarification even after the truth was known.

He again spread rumours about SBI giving loan to Adani after people deposited cash during demonetisation drive. Truth was that SBI had in fact denied loan and it was an old news he was sharing as new. He again did NOT delete his tweet or posted any clarification.

Those were blatant lies, but his normal behaviour is to spread rumour by asking “is this true?” or “Shocking if true” and spreading false information. Today morning he has done it twice already.

First he claimed that SBI had reduced rates for people. He used “is this true?” format and shared rumour spread by his party member:

While the truth was this:

Which middle class family deposits 1cr to 10cr or 10cr+ in the bank @SatyendarJain? Because interest for deposit below 1cr is unchanged pic.twitter.com/RzP1fYGMXF

Then he defamed a BJP leader by spreading another unverified information:

The BJP leader clarified (something Kejriwal never does):

I was very angry seeing such kind of politics. “Is this true?” rumour mongering is not a politics India needed. But no senior journalist or intellectual is asking Arvind Kejriwal to stop this.

That is when I created this story about whatsapp message and tried to show the mirror to Arvind Kejriwal.

Just imagine if I was dishonest like Kejriwal not to tell the truth that the news was fake. Given record of his party that has been called anti-woman by so many women who left AAP, perhaps people will even believe that as true. Kejriwal himself asked a woman who was sexually exploited by an AAP member to “compromise”. That woman committed suicide later. So it is not very difficult for people to believe that Kejriwal himself is anti-woman and could indulge in crimes against women.

But things don’t become true just by saying “Is this true?”.

I hope Arvind Kejriwal too realises the dangers of the type of politics he is playing.

I pray for Kejriwal and for country.