The real roots of India’s love affair with the cow 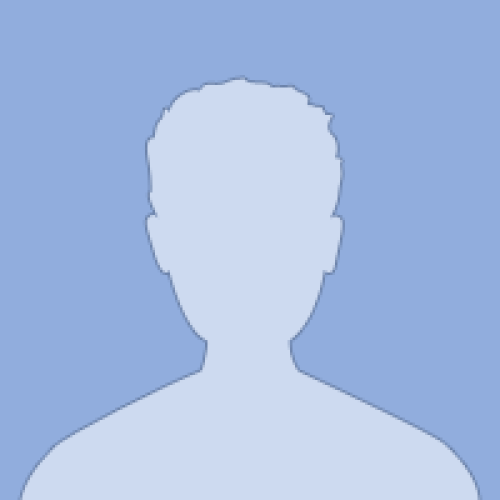 To understand the real roots of India’s love affair with the cow, we must go back two million years, when the world was very different from how we know it today. Gigantic sheets of glaciers covered one third of the globe, and modern humans were yet to evolve. During this period – the Pleistocene age – a species of large, fierce mammals known as aurochs came into being.

According to biologists, aurochs originated in India[1] from where they spread westwards. Though they were so ancient, aurochs survived in many parts of the world into comparatively recent times – only becoming extinct in the 17th century. Etchings by prehistoric cave dwellers, historical accounts – including one written by Julius Caesar, medieval European paintings, and modern skeletal reconstructions of ancient fossil remains combine to create a vivid picture of what aurochs were like.

They were massive, often reaching 1500 kg, and had curved horns. They lived in groups and were so aggressive that not just the males, but even the females engaged regularly in fierce fights, which were a means to gain social status within their herds[2]. Julius Caesar, who encountered them in the forests of Gaul during the Gallic wars (58-50 BCE), had this to say about them, “Their strength and speed are extraordinary; they spare neither man nor wild beast which they have espied.[3]” He also noted that even when taken very young, they seemed impossible to tame. Later, in medieval times, the Jaktorow forests of Poland (where the aurochs lived until they became extinct) bore traces of fights to the death between hostile aurochs.

Now picture an animal of an entirely different sort: the mild-mannered, slow-moving cow. Incredible as it may seem, geneticists have long established that our peace-loving cows descended directly from the wild, out-of-control aurochs we’ve described above.[4]

How did such a transformation even become possible? The humped indicine – or zebu – cattle that we see in India is one of the two subspecies of cattle that exist today.[5] According to scientists, zebu cattle were the outcome of the domestication of Indian aurochs – a sub-species of aurochs that separated from the line of other aurochs about 200,000 years ago. While earlier scientists hypothesized that the centre of domestication was in India, this was conclusively established in a 2010 paper.[6] According to the paper, the domestication process started in India about 13,000 years ago.

Taming aurochs – seen so far only as wild beasts to be either avoided or hunted – and changing them into companionable and docile domestic animals must have been a long and unimaginably challenging process. It involved a change in mindset. Instead of seeing aurochs as yet another wild mammalian species to be hunted, our Indian ancestors began wanting to preserve their lives, and to train and breed them selectively, trying to form a bond with them and accustom them to living with humans. It is likely that during this herculean venture, our ancestors developed protective instincts towards the animal they were trying to domesticate. Rather than hating and hurting one another, the two species began to develop a mutual harmony and cooperation which could help them both.

Recent scientific studies[7] show that domesticated animals, such as cattle, experience greater peripheral production of oxytocin which reduces their stress levels, as well as their aggressiveness; interestingly, human owners also experience production of oxytocin when in the presence of the animals they have domesticated. Oxytocin is associated with an evolutionarily old part of the brain (Herbeck et al 2017). Linked to this is the concept of “collective unconscious” in Jungian psychology. This refers to the idea that a portion of our deepest unconscious minds – which determines, to a large extent, our instincts, strong emotions and fears – is genetically inherited based on collective memories which our ancestors shared. This suggests that if our ancestors experienced protective emotions and deep bonding with the aurochs whom they successfully domesticated and raised as cattle, we would have inherited the same unconscious attitudes towards cows. This would happen even if today we know nothing about aurochs, or domestication, or even if we ourselves do not directly raise or keep cows.

Our ancestors’ bonds with the cows they raised deepened during times of crisis and famines, when their cows were often their sole means of nourishment. Regular milk from a cow could mean the difference between survival and death for children as well as adults during a famine. Even in better times, agricultural productivity was very heavily dependent on bullock-drawn ploughs. Bulls and oxen powered our primary means of transport – the wheeled cart – aiding our daily activities and even enabling us to undertake long journeys when in need.

The need for a very long journey arose about 4,200 years ago, when two civilizations  Mesopotamia and Egypt – collapsed. India underwent severe economic shocks at this time, as Mesopotamia was their major trading partner. At the same time, a multi-century drought hit (Verdugo et. al (2019)), triggering westward migrations out of India. Verdugo et al also find that there was a very dramatic influx of Indian zebu cattle genes into the genetic pool of middle eastern, west Asian and southern European cattle at exactly this time. Zebu cattle genes were hardier than those of the other (taurine) cattle breed; zebus could survive in hot climates, whether arid or humid.

They were thus better equipped to withstand the climatic shocks which came their way 4,200 years ago, while other cattle breeds in the middle east and west Asia could not. This accounts for the dramatic spread in the genes of zebu cattle as they – and their human owners – moved westwards. During such periods, our ancestors would have faced periods of great uncertainty and hardship. Leaving behind familiar lives, and venturing into unknown lands, they would have found a source of support and livelihood in the cows they took with them.

Aurochs continued to live in the wild, even in India, until a period long after our ancestors domesticated cattle. Fossil remains of wild aurochs dated 1,800 BC were found in Uttar Pradesh in northern India. Thus, our ancestors probably continued to hunt aurochs and eat their meat into a period well after the domestication of cows. Indeed, the sage Yagyavalkya – mentioned in the key Upanishads – was also said to have eaten beef. However, as time passed, and cows got gentler and gentler, this practice changed. Periods of shared adversity further cemented the bonds between cows and their owners. As cows often became their sole sources of sustained nourishment in lean times, we started associating cows with mothers– the primary givers of affection and sustenance.

Gradually, the descendants of the people who had once stood shoulder to shoulder and undertaken the daunting task of domesticating the untameable aurochs became increasingly reluctant to partake in cow slaughter – irrespective of the religion of these descendants. As 80% of Indians are Hindus, people sometimes confuse cow protectors solely as being Hindu. However, Dharampal and Mukundan’s 2002 book – The British Origin of Cow Slaughter in India – contains many instances of prominent Muslims, Parsis, and Sikhs – in addition to Hindus – advocating cow protection and opposing cow slaughter.[8] The Namdhari Sikhs, for example, were vociferously in favour of cow protection.

Modern Sikhs and at least some Indian Muslims might perhaps have had the same ancestors ten thousand years back as Indian Hindus, so it is not surprising that many of them would have inherited attitudes and memories – conscious and subconscious – based on the shared history of auroch domestication. What about the Parsis? According to some scholars (Talageri 2000) the Indians and the Parsis descended from the same ancestor and initially occupied the same geographical area.[9] So we could apply the same argument to them.

One need not even delve far into the past for instances of non-Hindus saving cows, as evidenced by news stories from recent years – one about a Muslim jumping into a 60-foot well to rescue a trapped cow[10], and another BBC feature about another Muslim who regularly volunteers in cow shelters and formed an organization of Muslims who protect cows[11]. Literature also reflected the fact that bonds between cows and their owners were independent of the owners’ religion.

One of the famous nineteenth century Bengali writer Saratchandra Chattopadhyaya’s short stories, Mahesh, is about the deep affection between a poor Muslim peasant and his bull, Mahesh. The peasant would go hungry to feed the bull, nourish him with thatch from the roof of their ramshackle hut, and refuse to sell him even in dire need. Though this is a story, literature has always shed light on prevailing social attitudes and values.

Our ancestors tamed fierce aurochs into docile cattle at a time predating organized religion. The coevolution of this newly domesticated species and their human owners was also independent of religion. There is no reason to link the resultant bonds of affection and protectiveness to any single currently existing faith.

Western authors have occasionally been amused by Indians’ dislike for cow slaughter, or their reluctance to eat beef. But consider a nation of dog lovers like Britain: it is very likely that many British would feel disturbed if one proposed eating dogs (yes, there certainly are countries with dog meat in their menus). This would be despite the fact that the British were not even the first to domesticate dogs, and so lacked one special bond that Indians had with cattle.

This article is not about whether beef should be banned. Instead, we argue that the affection and protective instincts which large segments of Indians have developed about cows are not really a matter of religion. They are much more complex, and originate from a collective unconscious memory of initial domestication of a wild, fierce species, cemented by centuries of shared adversity and mutual support.

By Indrani Guha and Brishti Guha

(Authors’ note: A much shorter version of this article was published in New Indian Express on 11th July, 2021 as “Indians and Cows: A Complicated Bond”. We have some excellent illustrations of aurochs which we can furnish if needed.)

[5] According to Verdugo et al. (2019), “Ancient cattle genomics, origin, and rapid turnover in the Fertile Crescent”, Science 365: 173-176, zebu cattle genes were also found prominently in South European cattle (Italy and the Balkans), while iconic American breeds like the Texas longhorn have also been found to have Indian zebu cows’ genes (https://timesofindia.indiatimes.com/home/science/american-cows-have-indian-origins-scientists-find/articleshow/19217145.cms.

[6] Chen et al (2010) “Zebu cattle are an exclusive legacy of the South Asia Neolithic”, Mol. Biol. Evol. 27(1): 1-6. Genetic diversity in modern cattle populations in a specific region decreases with distance from the centre of original domestication. Thus studying the extent of genetic diversity in cattle of different regions helped the authors identify the centre of domestication.

[8] Dharampal and T.M. Mukundan, The British Origin of Cow Slaughter in India with some British documents on the anti-kine-killing movement 1880-1894, SIDH, 2002.