Explained: How petrol and diesel prices are decided in India 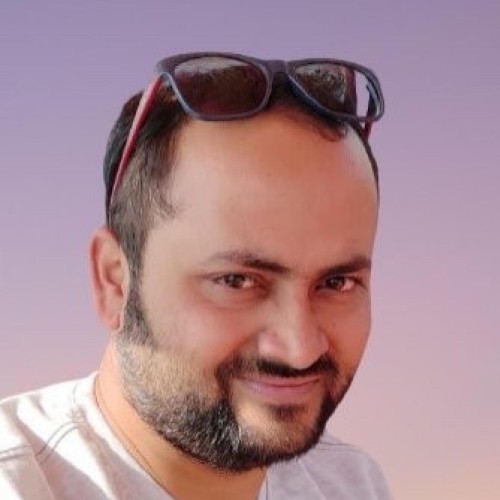 vaibhavraju
Hi, I am Vaibhav Raju (English Graduate, MBA) this side. For the last 10 years, I have worked as a Teacher, Dispute Analyst, System Administrator, Content writer, and more. Now I devote more time & energy towards content creation for various domains such as Digital Marketing, Creative Writing, Quora Question, Blog, Website content, Product Review, Product Description, Social Media posts, Email Drafting and more. I have written extensively on technology, finance, and management for various clients spread across India and abroad.

We all require energy to run our day-to-day life. There are many sources of energy broadly classified into renewal and non-renewal energy sources. Out of that, Petrol and diesel keep taking the headline for some good or bad reasons.

Currently, a liter of petrol is touching Rs. one hundred per liter in various parts of the country, and suddenly all the stakeholders are talking about the increased price.

Opposition parties are raging the issue on the street; thousands of memes are circulating on the internet. But, do you know how the prices of Petrol and diesel are decided? Read to know more.

The fuel prices are determined by various factors.

1.  India is a net importer of crude oil and fulfills more than 84 percent of its energy needs by importing. Our country imports crude oil from countries like Iraq, Saudi Arabia, Iran, Nigeria, etc. The price is decided by the top 12 producing counties that supply 40 percent of fuel needs.

There is an organization that is called the Organization of the petroleum exporting countries (OPEC). Various countries’ economies completely depend on crude oil and they cannot afford to sell the oil on less pricing.  Further, high price demotivates importing countries to look for another source of energy. International affairs, diplomacy, major political events, economic factors determine crude oil internationally.

Once the crude oil comes to our countries, it goes through various processes in the refinery located in various parts of the countries. In the refining processes, different petroleum products like kerosene, petrol, diesel, etc., come out.

So now different oil distribution companies have usable oil that can be sold to customers through a retail petrol pump or through a pipeline to the wholesaler. Railways, defense, transport authorities of various states are bulk buyers of fuel, and they get concessional rates.

3. Retail fuel prices are decided through a process called the Dynamic pricing module. This module started on June 16, 2017, and since then, our country has foregone the previous system that is called the administrative price mechanism. In the current scenario, the price is decided every day at 06.00 AM.

This shift was adopted by the government to increase competition in the fuel market, to align the price with the international market, to minimize speculative hoarding, and to give some breather to the oil distribution companies. Previously price was changing every fifteen days that has its own flaws.

4. India combined all the indirect taxes in the way of GST in 2017, but petroleum products are kept out of the preview from GST. The simple reason to keep it out is the tax consideration.

Consider this fact:- In the fiscal year 2013/14, the total tax collection was 88,600 crore, but now the government has crossed the benchmark of 2500 lakh crore as tax. The central government imposes excise duty on fuel, and state governments impose VAT on that. Excise duty is charged uniformly, but VAT changes from state to state.

That is why there is no uniformity in fuel prices. Currently, petrol prices comprise more than 100 percent of the tax, and diesel comprises approx 65 percent of tax. In a simple way, if the government reduces the tax on Petrol, its prices will come down by more than a half.

6. Rupees’ values are decided internationally. As mentioned above, we are a net importer; we need to spend our rupees to get crude oil internationally. If the rupees are depreciating in the international market, it gives financial stress to the government and oil distribution companies.

In short, international and national affairs combined with the financial consideration of our central and state government keep pushing the fuel price up and down.

vaibhavraju
Hi, I am Vaibhav Raju (English Graduate, MBA) this side. For the last 10 years, I have worked as a Teacher, Dispute Analyst, System Administrator, Content writer, and more. Now I devote more time & energy towards content creation for various domains such as Digital Marketing, Creative Writing, Quora Question, Blog, Website content, Product Review, Product Description, Social Media posts, Email Drafting and more. I have written extensively on technology, finance, and management for various clients spread across India and abroad.