More
HomeOpinionsWhy the supreme court must not strike down sedition law in India
Opinions
Updated: 1 August 2021 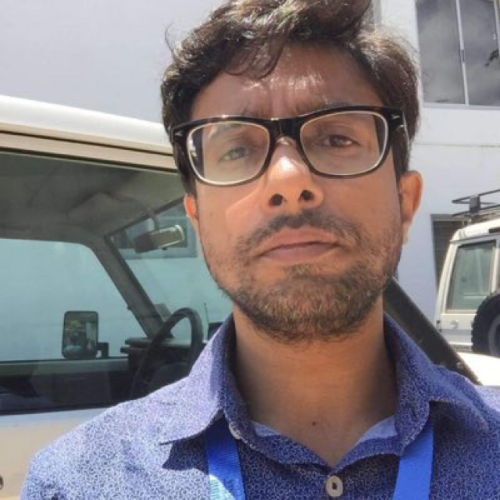 1. There are some petitions lying in the Supreme Court challenging the constitutionality of the sedition law in India. These Petitions have been filed at a time when different High Courts are hearing several cases wherein the accused have been charged with the sedition. The most prominent amongst all at this material time is the Bhima Koregaon case, wherein the accused Late Stan Swamy was charged with extremely serious criminal charges along with other co accused.

2. These Petitions have been filed at the backdrop, when there has been brazen attack on the sovereignty and integrity of India by journalists, tribal supporters, artists, farmers, trade unionists etc., hiding behind the cloaks of Freedom of Speech and Expression, who are actively involve in creating toolkit, fake news, hate speech to destabilise the Government of India with assistance from some foreign actors.

3. Recently, the Honourable Supreme Court has opined that the Sedition law is colonial andcommented on if the Sedition law has any relevance in the Post Independence era which has left this matter as a subject matter of debate across various sections of the society.

4. Post-Independence, validity of sedition law hadbeen tested many a times by different High Courts, but finally Supreme Court of India by its Judgement in the case of Kedar Nath Singh vs State of Bihar, 1962 AIR 955, the constitutional bench had settled all debate regarding its validity and held it as constitutional on the touchstone of Article 19(1)(a) of the Constitution of India. Hon’ble Court held as follows: “…. The provisions of the sections read as a whole, along with the explanations, make it reasonably clear that the sections aim at rendering penal only such activities as would be intended, or have a tendency, to create disorder or disturbance of public peace by resort to violence.

As already pointed out, the explanations appended to the main body of the section make it clear that criticism of public measures or comment on Government action, however strongly worded, would be within reasonable limits and would be consistent with the fundamental right of freedom of speech and expression. It is only when the words, written or spoken, etc. which have the pernicious tendency or intention of creating public disorder or disturbance of law and order that the law steps in to prevent such activities in the interest of public order. So construed, the section, in our opinion, strikes the correct balance between individual fundamental rights and the interest of public order.”

5. With respect of law of sedition prevailing in India, Kedarnath Singh case is still considered to be most authoritative Judgement. In this case Supreme Court has not only uphold constitutionality of Section 124 A of the I.P.C. but also construed it in stricter sense. In the Court’s interpretation the incitement to violence was considered an essential ingredient of the offence of sedition.

6. However, the offence of Sedition consists in exciting or attempting to excite in others certain bad feelings towards the Government. It is not the exciting or attempting to excite mutiny or rebellion, or any actual disturbance, great or small. Whether any disturbance, or outbreak had been caused by the express and/or implied conduct of the accused shall be immaterial in deciding whether an offence under section 124A of the I.P.C. has been committed or not. If the accused intends by his words, either spoken or written, or by signs, or by visible representation, or otherwise to excite rebellion or disturbance, his act shall certainly fall within Section 124A and would fall within other sections of the Penal Code.

But even if he neither excited nor intended to excite any rebellion or outbreak or forcible resistance, to the authority of the Government, still if he tried to excite feelings of enmity to the Government, that shall be made sufficient to make him guilty for the offence of sedition. The express words of the section 124 A of the I.P.C. itself, which as plainly as possible makes the exciting or attempting to excite certain feelings, and not the inducing or attempting to induce to any course of action such as rebellion or forcible resistance, the test of guilt.

7. Hon’ble Supreme Court has upheld the constitutionality of the Section 124 A of the I.P.C. in Kedarnath Singh case back in 1962 but made threshold and benchmark test so strict and rigid that it became almost impossible forthe Prosecution to prove the offence of Sedition beyond reasonable doubt. Consequently, conviction rate in the case of sedition went down exponentially.

8. Over the years, Social media and other forms of communication are being exploited as platforms for bigotry. Public discourse is being weaponized for political gains by activists, journalists, artists, farmers, trade unionists etc, in India, that takes the shape of hate speech. Hate speech is a menace to democratic values, social stability and peace. As a matter of principle, hate speech must be confronted at every turn and be tackled in order to prevent internal conflict, armed conflict, terrorism et al.

9. The negative stereotyping has resulted in killings of innocent people, loss of public property, Contempt, fear, mistrust such as the case was Delhi Riots amidst Citizenship Amendment Act protest and the Farmer’s protest. These have created mistrust towards the Government.

10. In fact, the law of Sedition is one of the laws, which imposes reasonable restrictions on the fundamental freedom of speech and expression, the restrictions are in the interest of public order and are within the ambit of permissible legislative interference with the fundamental right. Properly balancing freedom of expression and the prohibition of incitement to hatred is no simple task.

We must realize that the question of distinguishing those forms of expression that should be defined as incitement to hatred and thus prohibited is contextual and the individual circumstances of each case, such as local conditions, history, cultural and political tensions, must be taken into account.

11. The Rabat Plan of Action on the prohibition of advocacy of national, racial or religious hatred that constitutes incitement to discrimination, hostility or violence, suggests a high threshold for defining restrictions on freedom of expression, incitement to hatred, and for the application of article 20 of the ICCPR. It outlines a six-part threshold test taking into account (1) the social and political context, (2) status of the speaker, (3) intent to incite the audience against a target group, (4) content and form of the speech, (5) extent of its dissemination and (6) likelihood of harm, including imminence.

12. Under the International human rights standards, which are intended to guide legislation at the national level, expression labelled as “hate speech” can be restricted under articles 18 and 19 of the International Covenant on Civil and Political Rights on different grounds, including respect for the rights of others, public order or sometimes national security.

13. In fact the Supreme Court whilst deciding the Constitutional validity of the Sedition lawshould ensure that the three-part test – legality, proportionality and necessity – for restrictions to freedom of expression also applies to cases of incitement to hatred.

14. Finally, a liberal interpretation must be given to section 124 A of the Indian Penal Code to make it effective. The lesser degree of prosecution in the sedition law cannot be addressed by striking it off, instead taking effective steps towards its enforcement. In fact it can be modified as per the prevailing contextual situation in India, upon considering local conditions, history, cultural and political tensions.