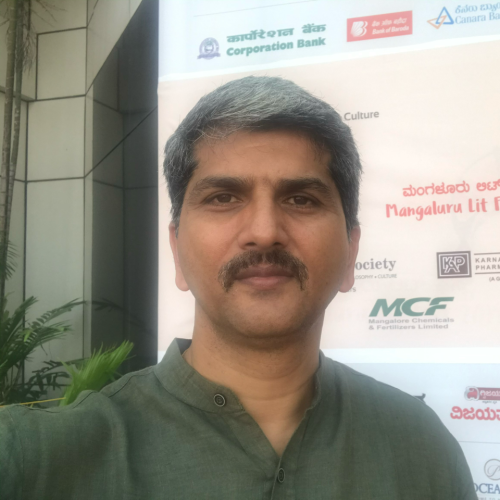 Gopal Goswamihttp://gopalgoswami.in
Gopal Goswami is into infrastructure development business for the last 25 years in Surat, Gujarat. He has done his Masters in Public Administration and is currently pursuing a PhD in Management from National Institute of Technology (NIT}, Surat, Gujarat. He is an avid reader of Dharma and Indian culture, a strong believer of Vedic values of Sanatan and an active social worker.

Remember the recent infamous pogrom of capitol hill in Washington DC? The anti-CAA protects at Delhi and all over the country last year, almost at the same time. The racial riots in the US last year over the killing of George Floyd? All these incidents have a common thing in their background. The same forces working to topple President Putin at Saint Petersburg, Benjamin Netanyahu in Israel too. The Leftist- communist conundrum has brought all these projects in action to defeat the rising nationalism all across the world. It’s the dyeing attempt of survival for communists all across the globe, as they see the death of left ideology with rising nationalism and country first slogans.

We will go through the series of incidents that took place on 26th January 2021, on the eve of the republic day of India and its capital city Delhi:

● On 26th January around 8.30 am around 6-7 thousand tractors assembled at Singhu border, they were to reach Sanjay Gandhi Transport Nagar and take a right turn. Instead of the agreed-upon route, they insisted on going to central Delhi, and despite persuasion by Delhi Police; the farmers led by Nihang on their horses fully equipped with deadly weapons like swords, Kirpans, and Axes charged the police and broke several layers of barricades, erected between Mukarba Chowk and Transport Nagar.

● Similar incidents happened at Gazipur and Tikri borders, the agitating farmers broke barricades and attacked police vehicles and personnel with deadly weapons. The farmers at the Gazipur border broke the barricades at several points and headed towards ITO, to join farmers marched in from Singu Border. The same seen was at the Tikri border also, instead of turning towards permitted root towards Najafgarh, they headed towards Peeragarhi and further towards Central Part of Delhi.

● At ITO, a large group of so-called farmers who had come from Gazipur and Singu borders attempted to move towards the central district of New Delhi. When stopped by policemen, the group became violent and broke the barricades, damaged iron grills and dividers, even tried to run over the policemen with tractors.

● At Laal Qila, the agitators broke gates and entered the well area of it. They created ruckus at the place and went violent over the policemen and climbed atop the rampart of the Red Fort where they hoisted the Khlistani flag. It was a horrific experience for the police personals; they were seen pleading to the rioters with folded hands to stop the hooligan.

● Mukarba Chowk, Gazipur, A-Point ITO, Seemapuri, Nangloi T-Point, Tikri border, and Red Fort are the places where the rioters went berserk and violent against police and abusing PM Modi and his Government and chanting Khalsa slogans all the way all the time.

● Over 400 policemen are reported injured and several public and private properties have been damaged in the vandalism by the rioting mob.

What to learn from the incident:

The brief bio-data of some principal leaders operating from the backstage of this agitation clarifies that this was a moist-jihadist model used in several countries to dislodge the government, including the recent episode of Donald Trump of US at the capitol hill. Look at some big names:

Yogendra Yadav has been at forefront of the protests and had somehow declared that not even the delivery of essential commodities will be permitted during the ‘Bharat Bandh’, is notably the convenor of Swaraj India, a self-claimed social worker and psephologist. Yadav however, has come to be actively associated with farmers’ protest and is a member of Sanyukt Kisan Morcha and the co-convener of AIKSCC. He is a hard-core leftist and believed to have a strong connection with Maoists in Chhattisgarh, Jharkhand, and Maharashtra.

Darshan Pal, who made headlines when he called for the burning of PM Modi’s effigies on December 5, is the State president of Krantikari Kisan Union (KKU). Pal, a retired doctor in Punjab state Health department is affiliated to CPI(Maoist). Notably, he is also one of the founders of People’s Democratic Front of India (PDFI), affiliated with the Maoist movement.

Hannan Mollah, another popular face of the farmers’ movement this year is also affiliated to CPI(Marxist). An eight-time MP from the party between 1980 to 2009, Mollah is a resident of Howrah, West Bengal. He has also served as the general secretary of DYFI, the youth wing of the Communist Party from 1980 to 1991, and is at present the general secretary of AIKS and joint secretary of All India Agricultural Workers Union and a key link between Khalistani & Jihadi organization and fundraiser from Pakistan and China.

Jagmohan Singh Patiala, a member of BKU(Dakaunda), is also linked to CPI(Maoist). A resident of Patiala, he is a trained Acupuncturist and has also served in the co-operative department of Punjab Government. A core discrete supporter of Khalistan movement.

Kavitha Kuruganti, convenor of ASHA (Alliance for Sustainable and Holistic Agriculture) hails from Bangalore and is a social activist. A member of the Central Working Committee of the AIKSCC, she is said to have coordinated with representatives of various states to mobilize people to take part in the agitation, including Yogendra Yadav and Medha Patkar. Alongside, she is also spearheading a campaign for banning Reliance Jio mobile services. Again, a hardcore leftist and tukde tukde gang supporter.

Another notable name in the farmers’ protests has been Nav Nirman Vikas Sangathan(NNVS)’s, Akshay Kumar.  A resident of Odisha, a leftist social activist and close associate of Anna Hazare and Medha Patkar. He has also been a part of the so-called revolutions in past, like Narmada Bachao Andolan & Azadi Bachao Andolan. Akshay Kumar is the national convenor of NNVS, a farmer front of Nava Nirman Samiti.

– The Sayunkt Kisaan Morcha an apex body of farmers associations assured The Supreme Court & Delhi Police that they would follow the route and it is their responsibility to maintain peace. Since Delhi was attacked, they should be held accountable for all the hell Delhi and Delhi police went through and brought national shame to the country, they cannot run away citing some alien involvement in the riots, but the farmers. During the violence, all these self-declared leaders were silent and haven’t made a single appeal to stop the rioters they were all silent.

-It is strange that none of the organizers condemned the rioting, contrary they are blaming BJP for this citing their groups have done all the Hungama, not the protestors? As organizers of the march, it was their responsibility to control the participants. They can’t get away by abdicating the responsibility

-It is well established now that Sanyuka Kisan Morcha leaders were well aware of these plans but didn’t inform the Police. Rakesh Tikait is seen in many videos and bites given to media that the march will go to the Rajpath and Lal Quila for sure. Many such other videos are doing rounds on social media where all of their leaders were declaring the march up to Lal Qila and hoisting the Khalistani Flag on it. Why the hell the Supreme court allowed this tractor march despite knowing these videos on news channels.

– Delhi CM Arvind Kejariwal and his government spent tax payer’s money to provide free wi-fi, Lungar and other facilities to Maoist-Separatist mobs on Delhi to hatch this conspiracy to attack Delhi, Kejariwal should be made a party to them and should be tried for squandering public exchequer to those rioters. The damage should be compensated for those involved in the rioting after identification.

– Many news channels have gone defending the act citing juvenile reasons, Ravish Kumar of NDTV gone saying on record that nothing wrong was done. Such an attempt was also made by political parties to defend this violence and politicize this issue where the national flag was desecrated on Republic Day is condemnable. All political parties should condemn this. Rahul Gandhi & Sharad Pawar’s statement is ironic as he wrote several letters during UPA regime as an agriculture minister supporting farm laws.

– Delhi Police personnel attacked badly by mobsters, tractors rolled over them and crashing barricades. They were attacked with deadly weapons. Female cops were abused and molested in many places. This was a big moment of shame for all those associated with this agitation, but they are not. Do security forces have no human rights? Who is going to protect the human rights of these cops? Hope The government is listening and wakes up from its slumber.

Gopal Goswamihttp://gopalgoswami.in
Gopal Goswami is into infrastructure development business for the last 25 years in Surat, Gujarat. He has done his Masters in Public Administration and is currently pursuing a PhD in Management from National Institute of Technology (NIT}, Surat, Gujarat. He is an avid reader of Dharma and Indian culture, a strong believer of Vedic values of Sanatan and an active social worker.