Religion, jokes, and freedom of speech: A ninja technique to defame Hindus 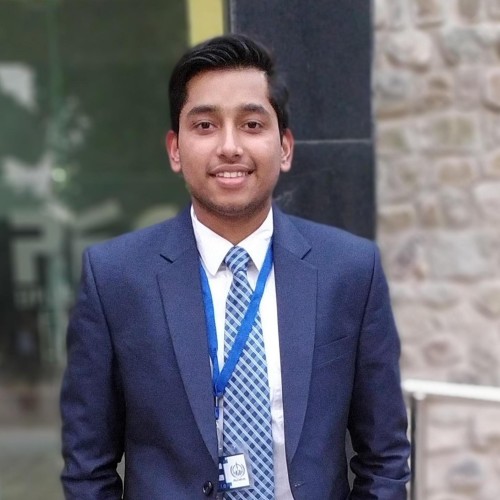 Ritwik Mehta
I am a policy research analyst with having a deep interest in economics. I am a freelance digital marketer and a data science enthusiast.

It was in 1924 in Punjab when a pamphlet making distasteful remarks for the Prophet was criticized by the Father of Nation and this led to the insertion of IPC section 295A which laid down the remedy to solve the issues related to ‘hurting religious sentiments’. Today the same blasphemy laws are used by the liberal gang according to their own choice. Stand-up comedians bring out the laughter from your surroundings. They represent the voice of the public and can speak against the rituals, the practices, and even social evils too! It is today only our poets and a handful of journalists and stand-up comedians who can expose the politicians in a very subtle way. All this is still fine and healthy for a democracy. But at the same time, stand-up comedians just to fetch some 4-5 touches of laughter in a show have made it a regular exercise of defaming Hindu religion! And the irony is, that most Hindus themselves laugh at the jokes and attend such shows and comedians!

Using the concept of freedom of speech, you can easily pass pathetic comments on Chief Justice of India, you can use words like ‘f***k and bitch for Lord Ram and Sita Mata, but you will be killed if you speak anything against the Prophet! The Liberal gang has termed almost every media channel as ‘Godi Media’ and cries foul of freedom of the press but when a channel shows a full detailed report with truth facts – The Sudhir Sharma Show on Jehad, then FIR is lodged against him.

So, I would recommend that if you really want to make jokes on religion and if you are secular in the true sense, then next time, make one Joke on Islamic God, one Joke on Christ, and one Joke on Sikh Gurus too! And the retaliation will tell you how intolerant Hindus are.

The beating up of the comedians in public is not an act to be supported. We have laws for each and everything. But at the same time, you will see liberal gangs asking to delete the blasphemy laws. Even France didn’t have any blasphemy laws but we saw the Charlie Hebdo case! And surprisingly, the Muslims are quoting the same case today! Twitter is still trending with #IStandWithMunawar but was it trending with #IStandForKamleshTiwari? He was stabbed 15 times but not a single protest could be observed?

This is not just with the stand-up comedians, the same virus is in the DNA of Bollywood too! They are happy making movies like OMG Oh My God and PK for showing the flaws in Hindu religion but won’t utter a single word on Nikah Halala, Burqa System, Triple Talaq, etc. Recently, news came that Saif Ali Khan will be justifying the abduction of Sita Mata by Ravan in his upcoming movies.

The problem then further lies in our education system too! Our history books taught in the school syllabus are focused on glorifying the Mughal rulers but not more than a paragraph can be seen on Rajputs, Subhash Chandra Bose, Hindu Rulers, Bhagat Singh, Chaar Sahibzade, etc. One of the books recommended in the DU BA course says ‘Sita was born out of the sneeze of Ravan’! So, when such things are taught in our schools and colleges, will you expect the youngsters to follow religion and respect your country? Of Course not! You will find them saying, ‘Afzal Hum Sharminda Hain, Tere Kaatil Zinda Hain’

The hatred against Hindu religion is rising exponentially. The machinery works throughout the year by writing pathetic articles and videos on every Hindu practice and religion. One media house terms ‘Karva Chauth Vrat’ as not good for health while terms ‘Ramzan’ as best for health! You will find thousands of articles everywhere on how Diwali is a festival of fats and oils but not a single one on Moharram. This rationale doesn’t mean that we want media houses to print the same articles and mock other religions too! But the basic question is, Why Target Any Religion?

What does the Supreme Court Say?

“Insults to religion offered unwittingly or carelessly or without any deliberate or malicious intention to outrage the religious feelings of that class do not come within the section,“ a bench of Justices Dipak Misra, A M Khanwilkar, and M M Shantanagoudar said. And these stand-up comedians along with the support of liberal gangs have normalized the process of defaming Hindus. It is high time that Courts must take cognizance of such acts and an example needs to set to be set up by the law itself.

“Everything has a limit and Munawar crossed it”

Ritwik Mehta
I am a policy research analyst with having a deep interest in economics. I am a freelance digital marketer and a data science enthusiast.