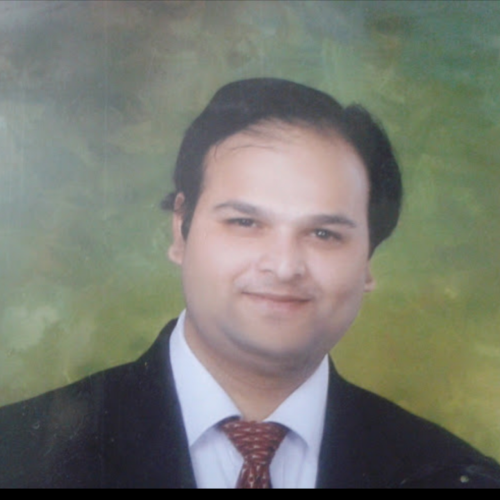 Bangalore city which is India’s fifth-largest city hosts approximately 93,000 roads in Bengaluru spanning 14,000 km. Nearly 32% of the roads i.e. 30,240 roads spanning 4,571.9km are pockmarked with craters making the daily commute a nightmare. As per a survey conducted by a civic body, there are still 15,000 potholes in Bengaluru. Bengaluru’s fame as an IT capital, garden city, pensioner’s paradise is now being overshadowed by the overwhelming number of killer potholes. Both the 1.3 crore city dwellers and the visitors now seem to have accepted this nightmarish civic apathy as the inevitable price of development.

Bangalore roads are pockmarked with 15,000 wheel-crunching, spine-snapping, bowl-shaped dips, and depressions, and if you drive over them, you hear your axels grumping. For most people, potholes are banal, but for a few, they turn out to be catastrophic. Commuting daily on these deplorable roads is a daunting task. Commuters have become extremely anguished since they have noticed the roads going from bad to worse in no time and there is no one to hear their woes. The roads are cratered to such an extent that even the latest Mercedes-Benz S-Class, which has magic body control (a system that adjusts the suspension to give a fantastic ride quality with minimal bumps) would get confused.

Bad roads contribute significantly to slower traffic and hit the economy badly. There is a cost associated with slow-moving traffic that leads to the loss of productive hours. Bangalore has the unique distinction of being the world’s most congested city with commuters spending an average of 71 percent extra travel time due to horrendous traffic and bad roads. Nearly 5.73 million two-wheelers, 1.84 million light motor vehicles, 2 lakh autorickshaws, 1.24 lakh heavy transport vehicles adding to a total of staggering 8.25 million vehicles ride on these cratered roads, guzzling more fuel. According to the Bangalore Traffic Police, there is one vehicle for every two people on the roads of the city. This colossal increase in vehicular traffic within the limited periphery of the city adds to the heavy burden on roads. Roads are not getting widened and robust with the increase in vehicular density. According to the data by Karnataka’s directorate of census operations, the population density in Bangalore has risen 47 percent in the past decade. Bangalore has witnessed a growth of more than 6% year-over-year during the last 2 decades and is still growing at an even faster rate but its road infrastructure has failed to take that proportionate load.

Government gleans a colossal amount per year from road tax but does not ring-fence the same for road repair. Potholes, though are a scourge for all road users but for contractors they are essentially cash cows waiting to be milked. The apathetic public takes only a passing interest without bothering to slay this urban bugbear for good. Road contractors compromise on the quality of roads in search of the holy grail of ever more profitability and affordability. Their relationship with elected representatives ensures impunity while they continue to work on a constant stream of temporary fixes. This make-do-and-mend approach of contractors endangers cyclists and motorists as they risk serious injuries, face financial loss, and be blighted by traffic jams and accidents.

One wonders why the repairs can’t be carried out with materials that are at least as strong as steel. Obviously cutting corners is an issue here, but it’s a false economy all around. Even before you consider the immeasurable cost of a life that could be lost/saved. While considering potholes, we are ignoring severe “fretting” of the road surface. Meaning that the uppermost layer of the road has simply been eroded away by traffic. The local governments have bid to give contracts to construction companies, who underbid heavily to win the contract. Contractors constructing the road indulge in heavy cost-cutting. They use low-quality materials which lead to roads cracking up in quick time.

Let us assume that an average commuter encounters a minimum of 10 potholes each day, and each pothole adds a delay of 1 second. Let’s assume that 2 million (1/4th of vehicle population in Bangalore)vehicles are on road each day, and each vehicle carries two people. A quick back of the envelope calculation tells us that roughly 11000 productive person-hours are lost each day. Even with the minimum wage of Rs. 178 per day, this amounts to a loss of Rs. 19 lakh every day. According to a conservative estimate, Bangalore is home to about 15,000 unattended potholes with varying degrees of hazard associated with them. Let’s assume the cost to repair 1 pothole is Rs. 2000. The cost to repair 15,000 potholes is 3 crores which is not much compared to the money spent towards extra petrol for slow-moving traffic, or of wear and tear of vehicles, loss of productive hours, and above all of the accidents which these potholes inevitably cause. Citizens should relentlessly question the lackluster attitude of the people’s representatives in this matter.

Honorable Karnataka High Court had ruled that bad conditions of roads violate the fundamental rights of citizens. It also ordered that said that if citizens suffer any injury or loss of life, they can seek compensation from the BBMP. According to Section 58 of the Karnataka Municipality Act, maintenance of public streets, stormwater drains, etc, is the statutory and constitutional duty of the civic body. Citizens have the right to file a complaint against the BBMP authorities under Section 304 of IPC for having left the road in a bad condition and causing injury or death. Section 304A says that whoever causes the death of any person by doing any rash or negligent act not amounting to culpable homicide shall be punished with imprisonment of either description for a term which may extend to two years, or with fine, or with both. In spite of all these legal empowerments, the question is – Who will bell the cat?

This pothole issue will be resolved when it is elevated from petty gripe to general-election battleground issue.