Why are we Indians even celebrating birthdays? 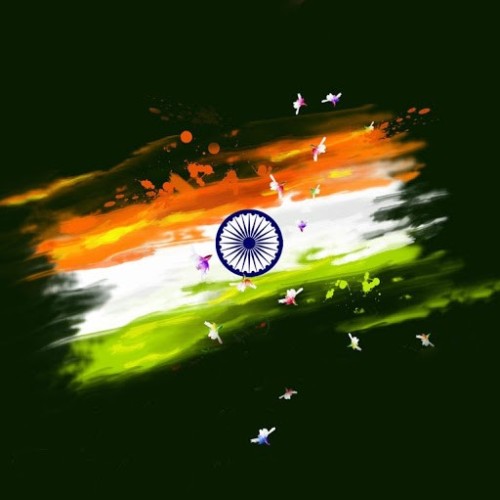 I was once 45 mins late to a birthday dinner. My phone, seated like a tiny passenger next to me, lit up. I hurriedly lifted the pink cased gadget while rotating my car wheels into a San Francisco parking spot I had found after 10 rounds of the area. It was an SMS from the birthday girl “So you’re not coming is it? I can see what a good friend you are!!” Seriously? One day I come late and I’m expelled from the friendship circle?

20th century birthday celebrations have lost meaning and boil down to the exchange of repeatedly similar midnight parties, cards that are eventually thrown away, gifts to keep score and the temporary glory of cakes. For some, the expectation for their birthday is so high that their entire happiness is dependent on friends on that one day, without focusing on the quality of those relationships on other days.

Showing up for friends’ birthday dinners, makes you man of the match. It doesn’t matter how terrible a friend you were throughout the year– reject their phone call on their 3rd try, do your ironing while ‘hmmm hmmm’ing over the phone as they’re crying over a boyfriend — all that is ok. But just that one night, if you show up for birthday dinner, you’re THE friend! It’s like a university course that gives 90% grade points on your final exam– nothing you did previously matters.

I know this, because I’ve used birthday dinners as a blood-test of friendship.

My 24th birthday was the worst birthday ever. No one rang the midnight bell to my home. Friends bailed out over mis-spelled SMSs, promising to meet on the weekend. I cried that night. I had done so much for these friends— I had shown up at 11:50 pm at their doors, on their birthdays, $7.99 flowers cradled between my bent elbows, hands gripping enthusiastically packed gifts in shimmering wrapping paper, tied up with a misaligned bow. I scribbled nice compliments on birthday cards that opened into boring jokes about balding & age, which I had personally chosen after sampling tens of cards from the stationary aisle 11 of a drugstore. These friends owed at least me a birthday dinner. I was angry, sad and upset and swore to revenge to not doing nothin’ on their birthdays.

The practice of showing up at midnight is so common — Indians in America joke that the biggest surprise you can give on a birthday person is to not show up at their door at midnight.

On that night of the 24th birthday, I removed points from a friendship score of a girl who backed out of my party because she “had a headache”. I was too young to examine my feelings— It’s me, not her. Many of us are desperate to celebrate this random day. Fake friends will do too.

We want to be treated with gifts, wishes, and messages. And when we don’t get it, our hearts break. There is a deep desire that a birthday must be celebrated with someone… anyone! We do this sadness to ourselves.

I always leaned on my local friends to make my birthday special. But all along, my gut knew these friends were just nice people who made aquaintance with me. Real friends, the ones who really I am special– don’t even remember my birthday. But I know— when the tears are flowing, or the pressure cooker burst to splatter daal on the ceiling, these birthday-less friends were there to help every single time. You know them too. They are the ones who give their mailing address, so that you can ship visa documents to them. They are the ones who listen to your “Whaan whaan whaaan” about your missed office promotion.  Some of the midnight door-ringer friends might not do that for you.

In olden India, special days were celebrated with a diya, a pooja and a taste of a sweet mithai. There was no such thing as a birthday cake. Today it is a compulsory addition to any birthday. To me, it seems like an unnecessary British tradition, supported by the cake makers mafia.

On my flatmate’s 25th birthday, she was pacing around the apartment the whole morning, laughing louder than usual. She stretched over the coffee table to give the phone to me. While she giggled in the background, I focused my eyes on the ground to listen— It was a man’s voice. “I am her college friend. Last year she got 3 cakes on her birthday. Can you also buy 3 cakes for her this year? She will feel happy.”

Now, now. If this was a kids terminal disease department, I would have gladly rushed to the store to buy 10 cakes. But really? 3 cakes because her friend wants her to be happy? Can she even eat 3 cakes? Eating cake is like winning the Miss Thane award. A sweet award whose glory lasts but for 2 days, with no professional or nutritional value beyond that. I also question the quality of cakes I’ve bought in a hurry from BAKE n CRAPPY shop situated in a shady lays-packet-littered street. Behind the glass cover of their display, I can swear there are crawling ants that emerge at night, like the scorpions in The Mummy movie.

If cakes are unnecessary, Birthday Gifts are a dangerous territory. I was once gifted a $100 perfume by a newly made acquaintance. I was grateful, but I gently revolted. Isn’t $100 too expensive for a new friendship? Doesn’t it over-run the calibrated friendship level of a new acquaintance? I was once also part of this group of 12 friends, who pooled $20/head on each person’s birthday. The topic of unfairness emerged one day– Married couples were getting 2 gifts per house and the single ones contributed double. This became an unbalanced sum game. Then another group of my friends would gift each other $50 gift cards. This became a zero sum game! Hello! Wake up. This is just optics!

This gift giving business runs into a score-settling game. This is dangerously unhealthy. I question, why are birthdays even celebrated? What’s so special about this day? Our grandparents and ancestors never had this birthday celebration concept. Nope. There must be merit to living a life, uncomplicated from expectations and the business of birthdays. So what’s the alternative?

The only way to get out of this maya of desire, is to flip it. Don’t expect to get. Instead– Give! Give on your birthday. Give to an orphanage. Give money for a sponsored meal at the ISCKON temple. There is nothing that can stop you from celebrating yourself while giving. Go for it!