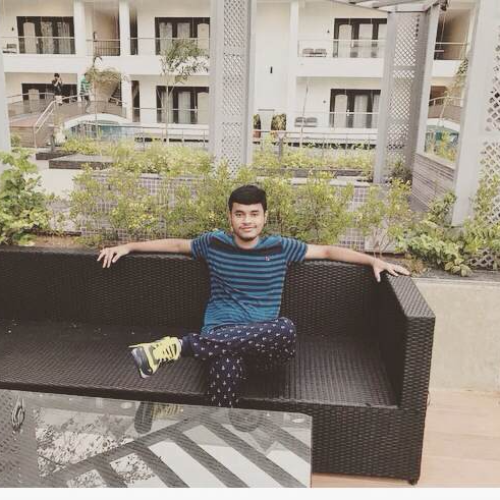 China has been aggressively promoting its Belt and Road Initiative (BRI) through colossal investments in participating countries, to further its strategic, economic, market expansion and supremacy, the export of excess capacity, and geopolitical claim. It takes a range of already existing and ongoing Chinese governmental and state-owned enterprise activities in the target regions of central, south and south-east Asia, East Africa, Middle East, and the Indian Ocean region and seeks to provide them with an overall unity and direction.

Many countries in South Asia, an area where India has its influence, have signed China’s assistance for economic development. Exposing Bhutan and India, all south Asian nations have participated in the BRI because of the lure visioned by Beijing in socio-economic transformation and development. The poverty and other issues made the countries sign the deal immediately but the BRI’s China-centric approach was soon uncovered when the infrastructure projects gave rise to corruption, volatility in the economy, a rise in favoritism, and destructive ecological effects.

Kyrgyzstan, Kazakhstan, Turkmenistan, Tajikistan, and Uzbekistan are located at strategic positions as a link between Europe and Asia. Majorly all the nations of central Asia are sharing their political, ideological, and economic legacies with the former USSR. The stability in this region was vital for maintaining its trade ambitions with the European continent. So, Beijing started giving flexible loans after the demise of the USSR in the 1990s. A loan of US $7.4 million was given in 1994 to Kyrgyzstan and another US $14.7 million in the year 1998. Uzbekistan obtained a US $600 million loans for the joint venture of exploration of energy deposits in their region.

Again, in the last decade, in 2009, Beijing signed a ‘Loan-for-oil’ pact with Kazakhstan and later in that year declared to give the US $ 10 billion loans from the Shanghai Cooperation Organization (SCO) to help the striving countries. In 2011, it sanctioned a US$4.1 billion loan for Turkmenistan. In 2013, the president of China, Xi Jinping revealed the BRI in Kazakhstan’s university, and all the five Central Asian countries became part of this ambitious project. Kyrgyzstan and Tajikistan are less resources rich in all the countries and already under serious debt stress from china. But on the other hand, Kazakhstan, Turkmenistan, and Uzbekistan are been able to sustain themselves from the debt of BRI due to their rich hydrocarbons and Uranium exports businesses.

One of the many concerns of the Indian government is the subsidiary of BRI i.e. CPEC (China Pakistan Economic Corridor). CPEC is regarded as a massive financing venture, for which China has pledged for US$ 54 billion until the year 2030. This subsidiary will connect China’s Xinjiang region with Pakistan’s Baluchistan Province, passing through Pakistan Occupied Kashmir (POK), which is claimed that Pakistan has illegally occupied in the last century from India. As a result, it is alleged that Pakistan’s 15,000 personnel and china is going to deploy 30,000 security personnel for the CPEC in the disputed region of Pakistan, is a way a security concern for India, because the Line of Control (LOC) is not yet accepted by the countries and deploying China’s personnel to that region would naturally be suicidal for India. This act can also undermine India’s sovereignty and in the future puts its negotiations on the boundary in a disadvantageous position.

The COVID-19 Pandemic has threatened to cause a wave of economic crises on the ambitious project of Border and Road Initiative (BRI). Because on one hand, there is a trade war going between United States and China, where both the countries have surged their tariffs on importing products, affected China’s economy badly as major of outsourcing was done by the companies situated in United States. On the other hand, several BRI countries are already facing high external debt and likely to be hit hard by this epidemic. It seems that China was primed to confront multiple, simultaneous debt crises in countries where they have invested largely. A report by the International Institute for Strategic Studies highlights that China will have to face constraints on its borrowing capacity and must renegotiate the terms after the pandemic hits off. As of now due to global resentment due to the spread of coronavirus, China has to face a serious test to preserve its ambitious hegemonic project- BRI, to maintain its domestic financial stability, and to cooperate with the borrower countries in an unprecedented way.

The consequences of the COVID-19 are going to be manifold on the hegemonic stability of China and it will be going to change the world order significantly. The main effect will also be on the United Nations and how it is run, especially the role of the World Health Organization to mask its lies for saving the image of China while it held the chair of the Security Council. There is a risk of breakdown of multilateral organizations that includes WTO, Humans rights council, WHO. As an effect, the global supply chains are going to see a shift away from the reach of China. There are also claims of compensation from various countries around the world including the United States which have faced massive economic losses due to this epidemic.

According to the Henry Jackson Society report, they estimated that only G7 nations can claim an amount of $4 trillion and China is not ready as it will harm its economy badly and are ready to fight the claims if they are filed against it. That will trigger countermeasures in the possible form of an armed conflict. When Xi Jinping announced this initiative back in 2015, he also wished to make china a global manufacturing powerhouse, Global military, and economic superpower by the year 2049. This statement by the Chinese Communist Party leader is considered as the beginning of the process to make the Chinese a global hegemon by US and Indian counterparts.

Apart from that, China has opened a new door to diplomacy after the COVID-19 pandemic was announced. But now that indigenous infections appear to dropped in china and where its economy is showing signs of recovering, XI is converting this into opportunity by aiding Italy, the worst affected country, and other states like Spain, Serbia, and even Ukraine of Europe. Because given the EU nation’s initial focus on themselves, Rome has felt abandoned. The sudden wave of kindness from far-distant China – in the form of thousands of masks, ventilators, protective equipment, and medicines, not only is Italy desperate for such deliveries, but it is also politically vulnerable. When in March 2019, when Italy became the first G7 country to officially join this project, Rome was loudly criticized by the large EU states. They feared Beijing could drive a wedge between EU members.

The pandemic of COVID-19 has served as an opportunity for China to be more assertive in these economically precarious nations. The Communist Party has an opportunity to exploit the epidemic induced nations to give control of their strategic ports, location, land, and mines. Or to save its image, China can also increase its settlement of migrant workers instead of asking for control of the resources in the partner countries. This effect can also lead to serious cultural and social repercussions and give rise to global terror outfits, much like what is happening in Europe due to large-scale migration from the middle east.

In the post-COVID-19 world, the debt trapped diplomacy by china will have significant strategic and economic implications for India because Pakistan has to pay the US $615 million to china by June 2021 for debt incurred through BRI projects and Pakistan economy is currently more volatile than ever. This fickle situation can give anti-china sentiments in the partner nation and could also be led to an increase in terrorist organizations especially in the border regions of India. It is thus necessary for India to reforge its foreign policy with greater intensity in the post-covid-19 world order by taking lead for the third world countries and in non-participating countries to curtail Chinese aggression in its immediate and extended neighbourhood.