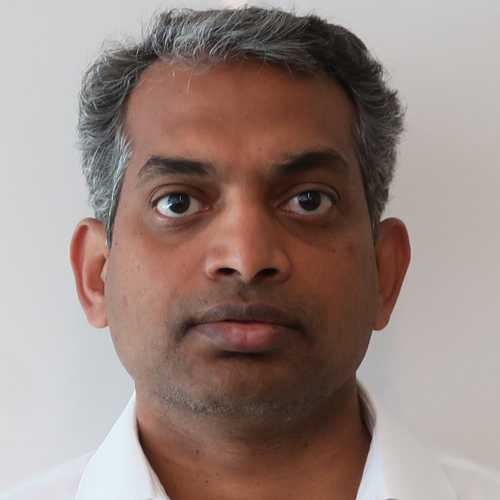 Almost a year after the start of the current coronavirus pandemic, it is more important than ever to look at the origins of the pandemic and how this will eventually end. As the governments across the world continue to investigate the origins of the coronavirus (covid-19) and as occasional claims from whistleblowers like Dr. Li-Meng Yan stumble out of the closet, it is important to realize that we may never be able to establish conclusively the origins of the virus, especially with the iron curtains pulled firmly down, by China, on any independent investigation. Hence, this article seeks to look at circumstantial evidence, urges the world leaders to place the onus of full and impartial investigation on China, and more importantly details the steps that should be taken to protect their citizenry while the investigation is on and the clouds of suspicion hover on.

Most criminal investigations would know that six basic questions should be answered to catch the culprit – “Who, what, when, where, why, and how?” The what, when, where and how are obvious in mort crimes and it’s the other two, who and why are hideous.  In this case, it is undisputed that the Virus originated in China and spread from there across the globe. It is also well documented by now as to how the virus spread across the globe from China while it was well contained to only parts of China. Now the only questions that remain are the why – motive, and the who – perpetrator. These two questions are intertwined, and tend to lead towards each other. As detailed in the following paragraphs, the answers to these two questions leads to the unmistakable conclusion on the origins and the culpability for the current pandemic.

By some accounts, China is poised to overtake the United States to be the biggest economic power by the year 2035. Although many differ with these projections and point towards the several deficiencies inherent in these assumptions like the continued growth at the current rates of growth, the inherent weaknesses of the economic model, and the steep innovation differential, to name a few. Almost everyone is certain that China will take much longer to garner the national power and goodwill to dismantle USA as the worlds super power. Also, right or wrong, the Chinese government feels that to truly surpass USA it has to expand its territory, secure the Indian ocean supply lines and have an unhindered access to Africa, Latin America and Central Asia in lines with the old silk road. This is impossible to achieve without disrupting the current world order.

Under the circumstances, China is faced with the prospect of continuing to work for years before they can claim the much-coveted economic mantle and for several decades thereafter to truly displace the USA as the world power. This organic growth option is fraught with risk, uncertainties and huge resistance to its expansionist plans. Also, any overt action against USA and other world powers will definitely destroy the Chinese dream because of the economic, political and social consequences of such an action, and tantamount to throwing the baby out with bathwater.  In contrast, the option of unleashing a hideous biological war, destroying other world economies as a consequence and encroaching coveted territories in the ensuing confusion, seems more palatable especially if this can be carried on stealthily. It is now crystal clear that unleashing a deadly virus on the world will benefit China.

Also, as we know actions taken by a person after the crime help confirm the motivations for the crime.  For instance, a robber steals valuables after mugging, a murderer generally obtains / attempts to obtain profit / pleasure after the act, and so on. Similarly, the actions taken by the Chinese government to profit from the pandemic confirm the motivations outlined earlier. On the economic front, these actions include its actions to contain the virus within china to small pockets while allowing spread the virus across the world. This is also evident from the nimbleness with which they were able to get back to their foot while the rest of the world is still reeling under the effects of the pandemic.

On the political and social side, the actions that help us reach the same conclusion include China’s quest to expand its territorial claims with its embattled neighbors, its efforts to establish supremacy over the south china sea, and its attempt to circumvent the agreements with the people of Hong Kong or its attempts to purchase international companies shares while the prices are rock bottom. Considering the above, it is incredulous to believe that it’s a coincidence that the virus magically jumped out of a natural evolution at an opportune time to benefit a single player. As the saying goes, coincidence ceases to be a coincidence when we have too much of a coincidence. In summary, the naked display of power and greed coupled with absence of any remorse or guilt that we have seen from China over the past months, provide additional credence to the conclusions that are reached.

Although waging a biological war is fraught with risks, in the calculations of the Chinese establishment, the risks could have been mitigated by creating a façade of natural evolution of the virus, self-infliction of its subjects in Wuhan with the virus (while leaving the other regions largely unaffected so as to retain the ability to leverage the opportunities arising).  Also, a favorable tango of circumstances – the present inept leadership of the P5 and the WHO, the withdrawal of USA from leadership positions around the world and the weakened international alliances under president Trump would have emboldened China. In all fairness, and in a tribute to the meticulous planning of the Chinese government, it may never be conclusively established that China was the perpetuator but ignoring the circumstantial evidence and taking steps to protect ourselves can be at our own peril.

The end game of the Chinese, as has been pointed out earlier, may be to dominate the world and convert it either into a bipolar / much worse a unipolar world with China at the helm. Now this is not going to be easy, the coronavirus can and will be defeated sooner rather than later with a vaccine / a medicine / at worst with herd immunity. The worrying part is that if we let such acts go unpunished by burying our heads in the sand, it provides an added incentive to China or any of its lap dogs to unleash series of viruses on the world community till our families, our friends, our economies, our communities, and our countries are destroyed. Also, our ability to respond to the biological or other wars that will eventually be unleashed are bound to dissipate into thin air with each successive attack.

In order to protect ourselves from further attacks, we should take below steps to quarantine the Chinese government till the investigation is complete and the clouds of suspicion are cleared. The recent news of emergence of another variant of the swine flu and a new food virus is clearly ominous and point towards a second / third attack that is already underway. These measures include:

Unless we take effective measures to contain further adventurism and if our suspicions prove accurate, we can very well kiss good bye to the world order as it stands today and those of us who are unfortunate enough to survive the next series of biological / other attacks, can look forward to be ruled by China. The only way to remove the clouds of suspicion is for China to help with an independent investigation and for this to be completed as expeditiously as possible.