Revisiting Indian cultural ethos to save the environment 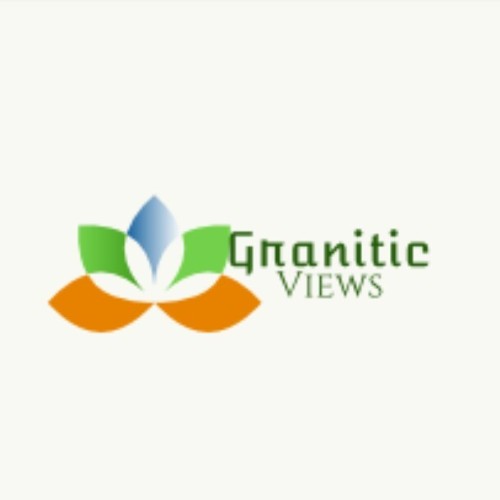 Manjul Panwar
An environmentalist and research scholar in the School of Environmental Sciences, JNU, New Delhi working on Ecology and forests. Also the elected councillor in JNUSU. The personal blog is https://graniticviews.wordpress.com/

World environment day, the annual event was celebrated worldwide on 5th June, finds its origin in the year 1974. This day was adopted by the UN General assembly in the United Nations Conference on the Human Environment, held from 5 to 16 June in Stockholm. Through this, “the international community reaffirmed their responsibility to take action to preserve and enhance the environment”, reads the UN resolution. (https://www.un.org/en/ga/search/view_doc.asp?symbol=A/RES/2994%20(XXVII))

The theme for this year’s World environment day is “Biodiversity”. According to an estimate, the no. of species on earth is 2 billion. The concern for biodiversity holds more importance in the present context when it is estimated that 0.01 to 0.1% of species will get extinct each year and up to 1 million species threatened with extinction.

The reason for this accelerated loss of biodiversity can be attributed majorly to human activities causing habitat destruction and fragmentation The way of living is becoming more and more materialistic and unsustainable. In this time of crisis, the world can look up to Indian cultural practices. The traditional knowledge of this land is exemplary and has always guided the human race to take from nature only for their need and not for their greed. All scriptures and practices guide towards living in harmony with nature and its components. There are several quotes in Vedas and ancient Indian scriptures that show how important the earth has been to India.

Indian culture takes and respects the planet as a mother and this is a reflection of the deep understanding and respect that this culture has for nature. The Vedas quote “माता भूमि पुत्रो अहं पृथिव्या” which means “Earth is my mother and I am her son”.

Even the teachings were given giving the examples of nature, for example, a Sanskrit shloka reads, “च्छायामन्यस्य कुर्वन्ति तिष्ठन्ति स्वयमातपे, फलान्यापि परार्थाय वृक्षाः सत्पुरुषाः इव” which means, “Trees stand in sun and give shade to others. Their fruits are also for others. Similarly, good people go through all hardships for the welfare of others”.

There are so many practices of living in harmony with nature. The sacred groves, for example, are a practice that preserves a portion of the forest and keeps it totally untouched. These sacred groves are often the patch of forests with the highest biodiversity.

Even Ayurveda can be taken as an appreciation of nature and the services it can render. Never was over-exploitation a practice here.

The concept of Vegan or vegetarian is new for the world but is being practiced in India since ancient times. We see campaigns like plant a tree etc but it has already been a practice to plant trees like peepal, banyan, or fruit yielding plants regularly and not just plant them but protect them.

The groundwater reservoirs are depleting at a fast rate around the world. But in the past, there have been practices of construction of Step wells (called Baoli in local language). These step wells served dual purposes, it stored water and also replenished the groundwater and was a major source of water in arid and semi-arid regions like Rajasthan. But with the passing time, these practices are losing their place.

Importance of India as a hotspot:

India while having just 2.4% of the world’s land area, accounts for 7-8% of all recorded species, including over 45,000 species of plants and 91,000 species of animals. India is one of the 17 Megadiverse countries and houses 4 out of the 36 biodiversity hotspots around the world. These are Himalayas, Indo-Burma, Sundalands (includes the Nicobar Islands), and Western Ghats (and Srilanka, as it is cataloged. It is important to point out that there are two criteria for assigning a region as a biodiversity hotspot. These are:

What this means is that these regions have species of plants found nowhere else in the world and out of that 70% have already extinct! It is an alarming situation that requires attention and action.

So how do we deal with this loss? Along with conservation practices, scientists focus on 3R’s to transform a degraded ecosystem into its original state. These are Reclamation, Rehabilitation, and Restoration.

A realization that’s the need of the hour is that not just stringent laws but that cultural ethos that connect us with nature need to be revived and looked upon. This connects should reflect both in the policy formulations and the enactment and execution by the people. Why I say this is because, recently we have seen that how a pregnant elephant succumbed to death after she was fed with a pineapple laden with crackers. Despite laws, even though Elephants are an endangered species in India and killing them will invite serious trouble, this heinous crime was committed. This was perhaps because of the absence of those Indian cultural ethe and the lack of humanity.

Time for Nature, the theme for World environment day, always have been at the heart of Indian Culture. It’s time for “Vasudhev Kutumbkam” which means “Earth is a family” and this family includes all plants and animals and the associated environment.

Manjul Panwar
An environmentalist and research scholar in the School of Environmental Sciences, JNU, New Delhi working on Ecology and forests. Also the elected councillor in JNUSU. The personal blog is https://graniticviews.wordpress.com/