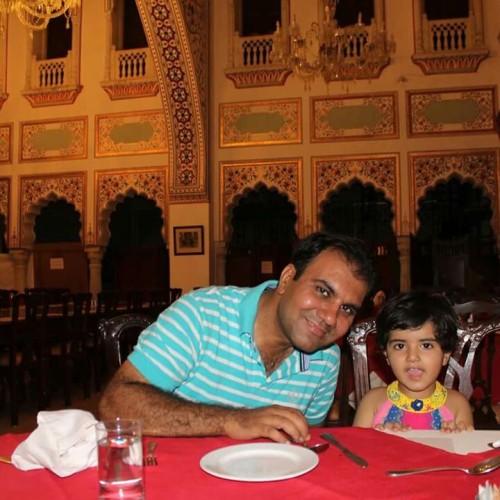 The way China is behaving in the post COVID world, it has made its intentions clear that China is not going to lie low. World should not be under any pretense that Chinese imperialistic ambitions have waned or it is repenting the deadly sins of the Communist Party which in its egregious lust for power has endangered the lives of millions of people around the globe.

This has more to do with the fact that China is Governed by a draconian Government which does not believe in the freedom of speech or expression. They have caged 140 Billion people and use them as their slaves. These slaves are incarcerated behind big concrete walls made by the Chinese CCP to hide their incompetent administration.

Nobody can raise a voice against China and this corona Virus pandemic has exacerbated the predicament of Chinese people who were already leading a suppressed life.

Chinese Communist Party is known to exercise iron fist against pro-democracy supporters but their tactic failed miserably in Hong Kong wherein people continued to put up stiff resistance to Chinese dictatorial ways. The mighty Chinese state had no answer to the continued pro-democracy protestors.

There is seething anger amongst the Chinese people against its Government in the way they handled the Corona crisis. Death figures coming out from China are in 100s of thousands if not millions and it presents a very grim picture and mishandling of the situation by the Chinese Communist Party.

There is also brewing anger and resentment against the world in the way China gifted its virus to the world. Had it not been for Chinese surreptitious designs many people could have escaped the shroud of misery which has engulfed the entire mankind.

The entire world is up in arms against the nefarious Chinese designs, there are conspiracy theories abound and most of them have substance and credibility as to how this virus was developed in a Wuhan lab to target the United States and disrupt its economy. Some of the leading thinkers and foreign policy experts have made it clear how this spread could have been limited had Chinese Government been more transparent.

China benefitted immensely from Free Trade agreements and globalization but it did little to open up the country which the US thought would happen, rather China has become more authoritarian. It has become the world’s second-largest economy which is opaque and has expansionist designs. Chinese Sabre rattling with the US and its neighbors has become even more intense as the pandemic has spread to the rest of the world.

President Trump has rightfully called the virus as “Chinese Virus” rather the whole world should support Trump in calling this virus a Chinese Virus. The USA has been at the vanguard of taking actions against the Chinese by imposing high tariffs on Chinese Products reciprocated by the Chinese.

It has threatened Australia with dire economic consequences, it is taking on Vietnam and Taiwan. It has placed vessels in the South China Sea, PLA (People’s Liberation Army of China) intruded deeply into Indian territory. This brings us to the questions as to why China is behaving the way it is. Here are some of the pertinent answers which we can think off:

The term ‘Debt-trap diplomacy’ has almost exclusively been used by contemporary critics of the China to describe the country’s loan practices with some developing countries.The term was initially coined to describe a set of alleged negative lending practices by China following an increase in foreign lending by the country in the 2010s. The term was first used by Indian writer Brahma Chellaney to pejoratively describe a number of loans given by China to countries in Asia but has since expanded to include other parts of the world.

“Beijing is accused of luring developing or underdeveloped countries to borrow money for infrastructure projects and later controlling them if they fail to pay off their loans in timeMany describe China’s economic goals in Africa and other parts of the world as a “Trojan horse,” with some analysts voicing criticism toward the multi-billion dollar Belt and Road Initiative (BRI) and accusing Beijing of laying ‘debt traps’ with the help of the project.

“Apart from its approach to the continent in the previous century, China has been achieved to be Africa’s leading strategic partner in the first quarter of the 21th Century,” Tandogan said.

On the one hand, he said, Chinese administration gives loans and debts in order to sustain its ambitious BRI, which would pave the way for its global leadership in the future, while on the other hand it seizes assets of the countries that are unable to clear their debts.

Kenyans recently raised concerns over Beijing’s plans to take over one of its strategic seaports since the African country is unable to clear its debts. Similar concerns have been raised elsewhere. In December 2017, Sri Lanka handed control of the newly-built port of Hambantota to a Chinese operator in order to satisfy part of its significant debt to Chinese lenders.

Indian Prime Minister has given a clarion call towards AtamNirbhar Bharat with a clear focus to boycott Chinese products but one nation or one leader cannot take on the might of Chinese dispensation.  The Populace of the entire world must rise against the Chinese, for Governments are formed by people like you and me, Common people and if we force our Governments to act against CCC (Communist Chinese Corona) Governments over the world shall necessarily be forced to act against the Chinese Communist Party.

Read forward and share whether who you are an African, an African American, a white, a black, an Indian, an Asian, a Latino  or a European. The entire world needs to stand up for humanity else humanity shall soon be history.