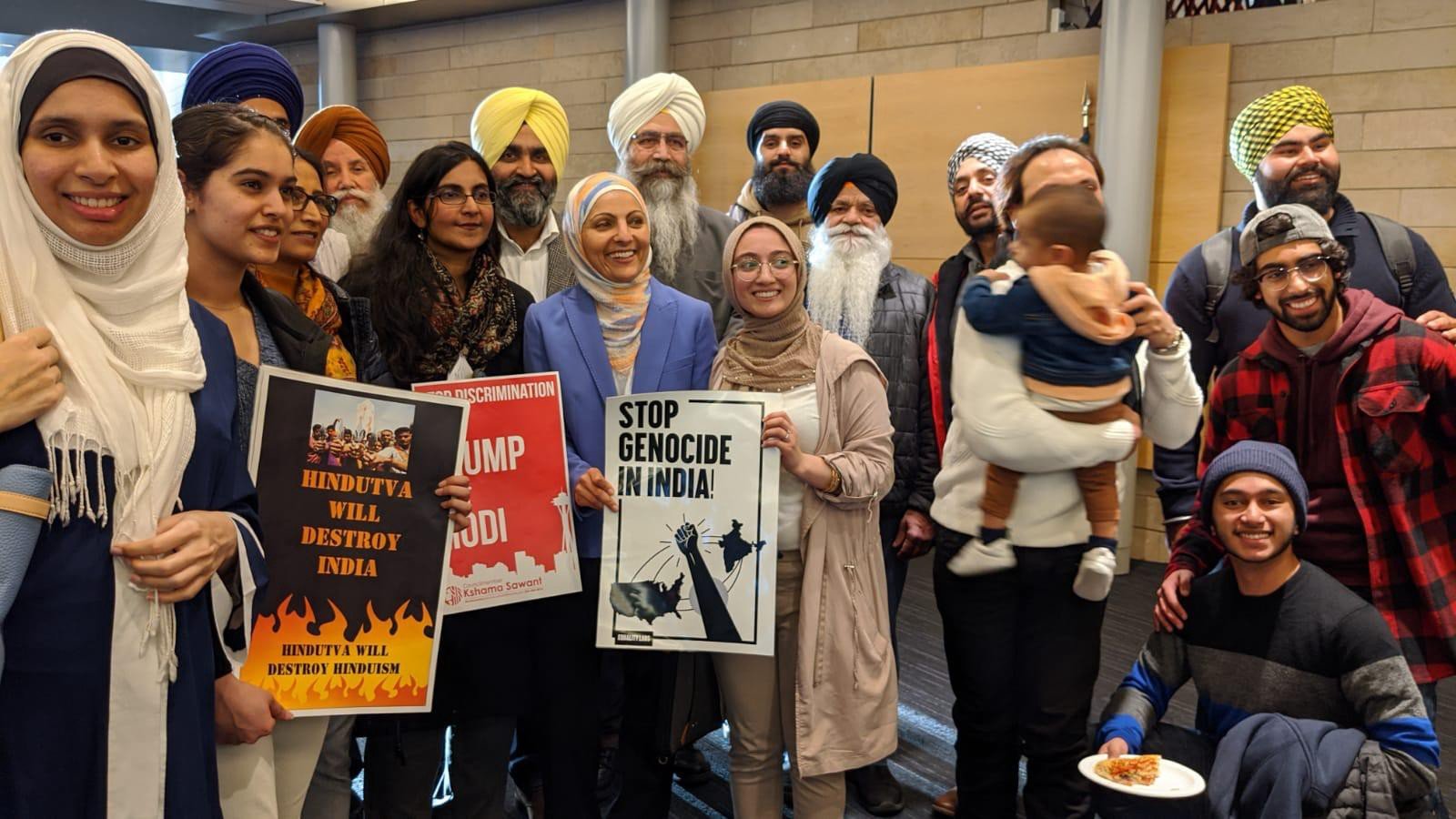 Socialism and sick-socialism are two different types. The former is an economic, political, and social philosophy. The latter is a demonic version of socialism upheld by a particular political class which earns bread and butter through deceitfulness and manipulation by suffocating and strangling the rights of those who do not cater to their ideology. Practitioners of this form of socialism lack integrity of moral character as their conscience do not prick for a moment to participate in hypocrisy.

Seattle City Council has passed a Resolution (Res 31926) on February 3, 2020, introduced by Kshama Sawant opposing National Register of Citizens (NRC) and Citizenship Amendment Act (CAA) of India. Sawant is a member of Socialist Alternative political party and the Seattle City Council. She celebrated the passage of Resolution “denouncing” the NRC and CAA passed by “the far-right government of the Bharatiya Janata Party (BJP) and Prime Minister Narendra Modi in India”. Right at the outset, it becomes imperative to educate the ignorant Council that CAA was passed by the Parliament of India following proper democratic procedures, not by BJP or Narendra Modi. Moreover, who told that BJP is a “far-right” political party? Who told that PM Modi is a far-right politician? The first feature of sick-socialists is that they mislead and misinform people.

Whereas the Resolution claims to be about NRC and CAA, it is baffling to find that it begins with 2002 riot in Gujarat. Any well-informed person is aware of the fact that CAA has nothing to do with the 2002 riot in Gujarat. However, such association reveals a cunning and cruel strategy of the sick-socialists. Fuelled by their deliberate spree for misguidance, they highlight a gruesome context of their choice and obliterate other contexts of their neglect to create a semblance among people that they are the godsend redeemers of discrimination. The second feature of sick-socialists is that they create a terror context for their narrative credibility and credulity.

The Resolution mentions uncouthly about Prime Minister Modi as “the Butcher of Gujarat”, but has deliberately suppressed the fact that Nanavati Commission has given a clean chit to Narendra Modi in the 2002 Gujarat riots. The unscrupulousness of the Resolution stands exposed when it speaks about the 2002 Gujarat massacre as an “anti-Muslim violence” in which “an estimated 2,000 people were killed” and “many Muslim women were targeted for rape and other forms of sexual violence”, but remains silent about the carnage that took place on 27 February 2002 in the Sabarmati Express in which 59 Hindu karsevaks which included 27 women and 10 children returning from Ayodhya were burnt alive by a Muslim mob near Godhra railway station in Gujarat. The Resolution has deliberately suppressed the train burning case. If the council is so concerned about the “democratic rights for all peoples”, why does it shed crocodile tears at every footstep only for Muslims and forget about the rights of other people? Do the 59 karsevaks have no democratic rights? Will the council ever speak about the riots that took place when UPA and Congress were in power?

A little knowledge is a dangerous thing. The Resolution compares NRC and CAA with anti-Semitic and racist Nuremberg Laws in Nazi Germany. This comparison is epistemic violence which is a tactic of domination enshrined through the construction of implausible associations in order to legitimise sick-socialist vested interest and to suppress other forms of knowledge which leads to the development of alternative ideology. This is the fourth feature.

The Resolution mentions that anti-CAA protests “have faced repression”, but has not mentioned anything about the vandalization of public property such as setting fire to trains and buses by people belonging to a particular religious community, and rampant stone-pelting which injured civilians and police personnel. The fifth feature of sick-socialists is that their heart leaps for the Jihadis, but they maintain dead silence about Jihadi depredations such as arson, rape, murder, riot-mongering, plundering, vandalism, and terrorism.

The news release about Sawant’s celebration of the passage of Resolution mentions about mass protests and strike actions, and cites a news report from The New York Times. It is interesting to note that the Council member has selected a newspaper which is Left-leaning and vitriolic on Modi. The fifth feature of sick-socialists is that they maintain a network of news agencies which serve as Goebbelsian propaganda mouthpiece.

Comments made by Kshama Sawant needs close reading. She comments, “If one had even a modicum of honesty, one would have to call the documentation requirements absurd on the face of it, and only logical when you see that it seeks to fulfill the specific agenda of snatching away citizenship rights from large numbers of people”. Unfortunately, this comment is without “a modicum of honesty”. What a sheer bluff! Modi government has no intention to snatch away citizenship right of a single Indian, but indeed the government intends to identify the illegal immigrants living within India and to deport them to their respective country. The sick-socialists might consider such move as discriminatory, but the majority of Indians stand with Modi government on the issue of illegal immigrants.

Regarding NRC rules for documentation, she claims that she “would be unable to provide the required documents”. Her Wikipedia page tells that she had “studied computer science and graduated with a BSc from the University of Mumbai in 1994“. Now the question is, what are the documents provided by her for taking admission at the University of Mumbai? The Wikipedia page further tells that she has earned a doctoral degree from North Carolina State University. It means she emigrated from India to the USA with an Indian passport. What are the documents provided by her to get the Indian passport? If she has not got a passport producing forged documents, then the same documents used for getting the passport are needed for NRC. What is the intention behind creating such brainless monkeyshines if not suffering from the malady of Rightophobia?

The Resolution and Sawant’s comments before the passing of Resolution make explicit that the City Council is grappling with fear for the rise of Right-wing politics. The Resolution and Sawant’s comments are expressions of Leftist hostility against the Government of India which works with a clear vision and intention and undertakes constructive and developmental initiatives. The rise of Right-wing politics is a clear message to the sick-socialists and Communist cons that people from all walks of life have realised your hypocrisy, have rejected you people and have put their trust on the pro-people political parties which have a commitment toward every aspect of the nation. Even Shekhar Gupta, a sharp critic of Modi, admits that!