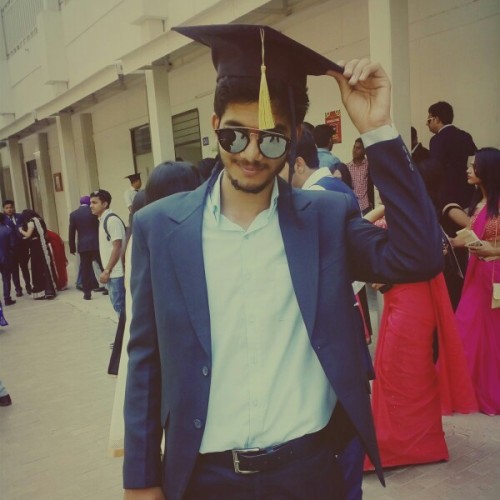 There’s a dear little home in Good-Children Street
Where my heart turneth fondly to-day;
Where tinkle of tongues and patter of feet
Make sweetest of music at play;
Where the sunshine of love illumines each face
And warms every heart in the old-fashioned place.
For dear little children go romping about
With dollies and tin tops and drums;
And my! how they frolic and scamper and shout.
Oh, the days they are golden and days they are fleet
With the dear little folks in Good-Children Street.
-Eugene Field.

In view of the widespread interest manifested in the population control propaganda by professional and lay persons, it is imperative to present a brief yet laconic review of the policy. The rudimentary contestation of the policy’s effect on poverty appears shallow and luddite.

The Shiv Sena’s Rajya Sabha MP Anil Desai has recently moved a private member bill in the upper house proposing to introduce Article 47A into Part IV of the Constitution of India to incentivize people who keep their family limited to two children and seeks to withdraw every concession from people who fail to adhere to the small family norm with a aim of population control.

It states –
“47A. The State shall promote small family norms by offering incentives in taxes, employment, education etc. to its people who keep their family limited to two children and shall withdraw every concession from and deprive such incentives to those not adhering to small family norm, to keep the growing population under control.”

The MP has given the following rationale– “Population explosion will cause many problems for our future generations… Natural resources like air, water, land woods etc. are subjected to over exploitation because of over population. Today, there is a greater need to keep a strong check on the increase of our population.”

Perhaps, the ill-considered logic resonates the philosophy governing the juridical decision of setting two-child norm for contesting local body elections espoused by the states like Andhra Pradesh, Gujarat, Maharashtra, Odisha, Rajasthan and Haryana. However, it is less probable that India is going to enact such a policy at the national level as it is a signatory to the International Conference on population and Development declaration. Signed by India in 1994, the declaration advocates free speech and honors the reproductive rights of couples to decide freely and responsibly the number and spacing of children. Moeover, adding it as Directive Principle won’t be much effective as DPSPs are non-justiciable.

In wake of this, no assessment would be complete without a reference to China’s infamous ‘one-child policy’, which was introduced in 1979 by the Chinese Government. It thrived on the basic understanding of population containment as essential to lifting China out of severe poverty caused by decades of economic mismanagement. This policy led to a large fall in the total fertility rate from an estimated 5·9 births per woman in 1970, to 2·9 births per woman by 1979. Despite this downward trajectory in fertility, fears of overpopulation persisted, and so the one-child policy was introduced. As one of the most controversial policies in history, debate has raged over the positive and negative effects of the one-child policy.

The authorities claim that 400 million births have been prevented, which contributed to increasing per capita GDP  But this assertion is contested by claims that the higher number of prevented births includes the effects of the later-longer-fewer policy. Later-Longer-Fewer policy (1973–1979), also known as wan-xi-shao policy, emphasized delayed marriage, long intervals between births and fewer births overall.

In addition, many scholars in fact, believe that rapid economic development alone would have reduced fertility substantially, as has been the case in many other developing countries, such as Thailand where the total fertility rate decreased from 5·6 in 1970, to 2·1 in 1990 . This possibility, together with the very rapid fall in fertility during the later-longer-fewer policy raised the obvious question of whether the one-child policy was ever necessary at all. Though, China rid itself of its one-child policy in 2015, and allowed couples to have two children as concerns are growing over an aging population and a dropping birth rate. Similarly, whether the 2 child-policy in our country in the absence of policy similar to later-longer-fewer would be able to bring any positive result or not is still not clear.

Further, pregnancies that were unapproved under the policy (including any occurring outside marriage) have always been problematic in China. Most women undergo abortions voluntarily, but there are many accounts of forced abortions and sterilizations ordered by over-zealous local officials in China. Thus, it would not be difficult to infer that 2 child-policy in India would not only boost forced abortions causing depression and fear in married couples but would also boost the number of illegal abortions, especially in rural areas to prevent the birth of female child in family. It has been observed by various scholars that the birth control policies lead to increase in immorality and thus mental and physical burden even greater than those now existing.

Reportedly, in 2016 there were 1.15 males for every female in China, one of the most skewed gender ratios in the world. The methods advocated by 2-child policy supporters to limit the size of the family would have a decidedly immoral effect on any community and, as healthy babies demand healthy parents, instruction not only in prenatal care and in such forms of hygienic living as develop healthy bodies, but that combination in the marriage relation that is known to produce a race endowed with a vigorous mentality and a sound physique are what are needed.
In practice, there has never been a population control scheme that has met with acceptable environmental or humanitarian outcomes.

Columbia University professor Matthew Connelly has thoroughly documented this disturbing history in his 2008 book Fatal Misconception. The human costs of the China’s policy, however, are shocking. Until 2002 Chinese women were denied any choice of contraceptive method– 37% of married women have been forcibly sterilized. Female infanticide has reached epidemic proportions. The global ratio for male to female births is 106:100. In China today, male “births” outnumber females by 120:100 .

Secondly, the incentive plans may be considered to be positive or reward incentives. However, they all would be extremely costly and would require a staggering bureaucracy to implement. The proposed policy also seeks to withdraw the benefits from the families having more than two children. But a number of legal, sociological, and moral problems are attached to such a negative incentive plan. The wealthy could afford to ignore the penalty, but the poor would definitely bear the brunt. However, it has been observed that the negative type of plan could be put into operation more easily and rapidly than any of the positive incentives for fertility control.

Thirdly, there are women with tuberculosis, heart and kidney disease, and certain mental disturbances, for whom conception must be prevented. The voluntary control of pregnancy is practically impossible , but self-control and common sense are very effective and harmless formulae, and may be safely prescribed to such mothers as desire to avoid the responsibilities of motherhood, as they do not come under the class designated as “crimes against nature.”

In fact, in considering the social aspects of the question, Major Darwin, president of the Eugenics Education Society, makes the following assertion:
It is immoral and unpatriotic to limit the size of the family when both the parents are fairly healthy, except to insure that there shall be an adequate interval between births, and that the family shall be brought up in comfort, but not in luxury, without external aid.
This condition can be accomplished by self-control and by instilling into the minds of the people a more profound sense of the duties and obligations of parenthood. The marriage relation is entered into for the benefit of the state and looks forward to the perpetuity of the nation and of the race.

Fourthly, it must also be remembered in this connection that contraceptive measures if continuously practiced, even for a comparatively short period, will bring about a condition of sterility .

Lastly, it must be admitted that in a patriarchal society like ours, the corporeality denies the female her desiderated as well as deserved role in decision-making. Her condition of perpetual tutelage is an outcome of the same. A policy has to see her as the existing equal to fetch the holy grail – which remains one of the grave failures of the proposed policy.