Some comments on the recent deceleration in Indian economy 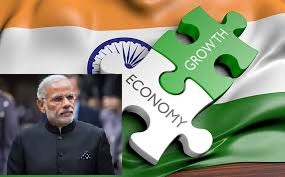 It is now generally accepted that the distress in the automobile, textile and diamond industry, thaw in the information technology sector and the declining manufacturing sector characterize the slowdown prevailing for some time now. Consumption, which has been the main life-blood and the driving force of the Indian economy, has remarkably slowed down in the recent months in the absence of credit supply to the SMEs particularly in the informal sector and already suffering rural economy. NBFC, which used to be the prime lender to the informal sector, has been going through a liquidity crisis. There is a cash crunch. It is affecting the farm and wholesale sectors.

Even the country’s rich are affected, according to Hurun India Rich List 2019 and their cumulative wealth dropped by Rs 3,72,800 crore. The list indicates tough competition among the rich and also that their industries have been hit by the economic slowdown. Further, the Big Corporates are drowning in debt that they accumulated during the Boom Years of the first decade of the 21st century. There is also a global economic slowdown that is happening and given the fact that India is a net commodity exporter, there has been a decline in the value of exports. In short, the meltdown is all encompassing.

The cut in corporate tax rates from 35 per cent to 25 per cent is welcome but, in fact, with depreciation and other adjustments, the corporates for the last over two decades have not been paying more than 22.5 per cent income tax. The supposed relief of Rs 1.45 lakh crore could therefore turn out to be much less. Yet, there will be considerable additional cash inflow to the producers/suppliers increasing their return on investment which may enable some price cut. But it would not add much to the consumption demand which would have happened if the cut was instead on individual income tax. In any case, the corporate tax cut will facilitate better business confidence and trust in govt. and also significant inflow of foreign and domestic capital.

The RBI announced rate cuts lowering cost of credit and also a relaxation in risk weights for all consumer loans, except for credit card receivables. A reduction in risk weights means the banks will have to set aside lesser funds to provide for these loans, thus ensuring better credit flow to these sectors at lower rates. The risk weight for this segment was higher than what was mandated by Basel norms, and was actually brought in a few years ago when this segment saw excessive lending.

The govt. has initiated measures like the withdrawal of the bad taxes on capital gains and start-up funding. These and its attempts to encourage more retail credit flows and energize aggregate demand by injecting $ 10 billion into banks as well as the promised quick disbursal of tax refunds and vendor payments to the private sector, should help improve the economic sentiments.,

The recovery is possible through increasing govt. spending urgently in all the effected sectors, in expediting infrastructure projects and in encouraging investment in export oriented, value added products particularly by foreign investors with access to export market so that both domestic and export demand get stimulated and investment too goes up thereby expanding the economic activity in the economy.

The writer is a long standing commentator on contemporary issues.