Is IMF fear of recession tenable? 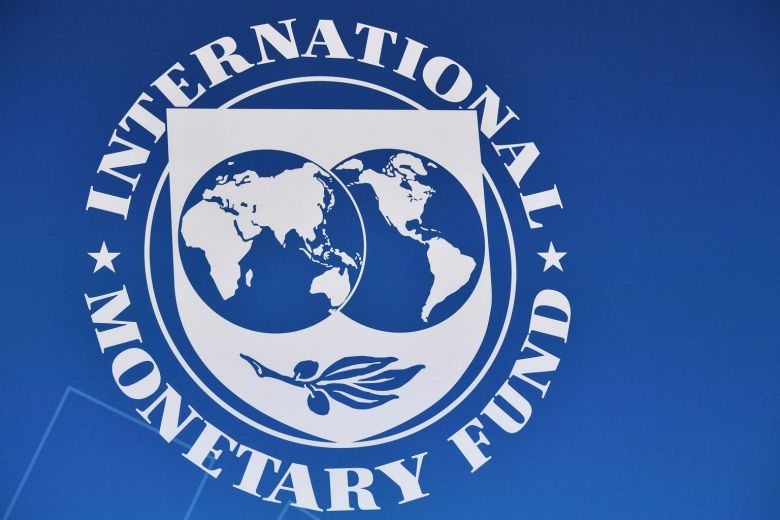 Since the darkest days of the financial crisis we have seen global economy recover and in US unemployment rate more than halved and economic growth more than doubled. The situation is near or beyond full employment.

The events driving financial markets to the precipice of collapse during the global financial meltdown gave rise to a regulatory framework that may have been a rational response to a market in free fall. The Trump administration restrained that regulatory burden now that the economy is recovered.

President Trump established a set of core principles to be used to regulate the U.S. financial system. These principles are to (1) empower Americans to make independent financial decisions and informed choices in the marketplace and build individual wealth; (2) prevent taxpayer-funded bailouts; (3) foster economic growth and vibrant financial markets through more rigorous regulatory impact analysis that addresses systemic risk and market failures, such as moral hazard and information asymmetry; (4) enable American companies to be competitive with foreign firms in domestic and foreign markets; (5) advance American interests in international financial regulatory negotiations and meetings; (6) make regulation efficient and effective, while ensuring that it is appropriately tailored; and (7) restore public accountability within the federal financial regulatory agencies, while rationalizing the federal financial regulatory framework.

Following this, US domestic unemployment rate reached its lowest level in over half a century. Six million Americans have been added to the employment rolls in under three years. Last month, African-American, Hispanic American, and Asian American unemployment reached their lowest rates ever recorded. US is now the number one producer of oil and natural gas anywhere in the world. Wages and incomes are rising, and 2.5 million Americans have been lifted out of poverty in less than three years. And this policy pursuit has not hampered global economy in any way.

The previous recession has completed 10 years last month. The tone of economists and analysts shows that there is another impending recession in the world economy. The same issue was discussed in the joint meeting of the IMF and the World Bank in Indonesia.

Chief of the IMF Lagarde pointed out that ‘Geopolitical tensions are observed to be high at the international level and at the same time protectionist policies are being promoted at the trade level. This combination seems to be giving rise to a grave situation. Proper precautions are necessary if this is to be avoided.’

The Deputy General Manager of the IMF, Tao Zhang, stressed on the trade war between the United States and China. The trade war can disturb the supply at the international level and this can bring down the growth rate of the global economy by nearly one percent, warned Zhang. The IMF has changed its previous economic forecast and has predicted a change of 0.2% in the global economic growth rate.

Despite this protectionist threat and trade war, there has not, so far, been any major disruptions in the global supply chain and close to 40 emerging market and developing economies are forecast to have real GDP growth rates above 5 per cent, including 19 in sub-Saharan Africa. In the US and Germany, unemployment is at historic lows. Albeit, in especially the euro area, there is a softening of economic activity.

Seeds of recession are seen from the fact that US factory activity contracted for the second straight month in September witnessing its largest contraction in more than ten years. The August result marked the first drop in three years. The released data, which also showed new exports at 10 years low, prompted fears that the U.S domestic manufacturing sector is struggling to stay afloat amidst an escalating trade war with China.

However, these don’t make a trend and appear to be isolated warning signals. U.S. GDP growth may slow to 2.1% in 2019 from 3% in 2018. It should be 2% in 2020 and 1.8% in 2021. This is the forecast released at the Federal Open Market Committee meeting on June 19, 2019. The projected slowdown in 2019 and beyond is possibly a side effect of the trade war and the very recent fall in factory activity and export may be reflecting this slowdown trend and the central bank and the national govt. are expected to stimulate the economy to mitigate such slowdown. Thus the GDP growth rate is expected to remain satisfactory despite the slowdown foreseen. Unemployment is forecast to continue at the low rate. There isn’t too much inflation or deflation.

Because of its size and interconnectedness, developments in the US economy have important effects around the world. The US has the world’s single largest economy, accounting for almost a quarter of global GDP (at market exchange rates), one-fifth of global FDI, and more than a third of stock market capitalisation. It is the most important export destination for one-fifth of countries around the world. The US dollar is the most widely used currency in global trade and financial transactions, and changes in US monetary policy and investor sentiment play a major role in driving global financing conditions. Although the four recessions the global economy experienced since 1960 (1975, 1982, 199, and 2009) were driven by many problems in many places, they all overlapped with severe recessions in the US.

As analysed above, the U.S. economic outlook is healthy and it should continue to act as the main sustaining force for the global economy unless some failures in individual markets and institutions suddenly and rapidly evolve and spread over the global economy.

The IMF apprehensions do not therefore appear to be tenable.

The writer is a long-standing commentator on contemporary issues.