Forced population control or population awareness: What does India need? 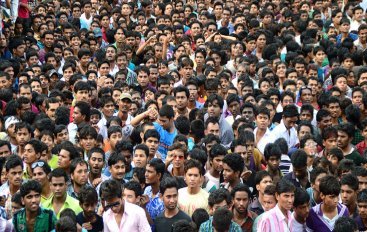 India is living with a staggering 1.36 billion (and counting) people according to the UN estimates and is on its way to edge past China to become the most populous country in the world by 2024 (Source: http://statisticstimes.com/demographics/population-of-india.php). A population of this kind is a double edge sword, it can make or break the country in the long run if measures are not implemented to streamline it soon. But have the prior measures to “control” the population achieved their goal or do we need another counter? 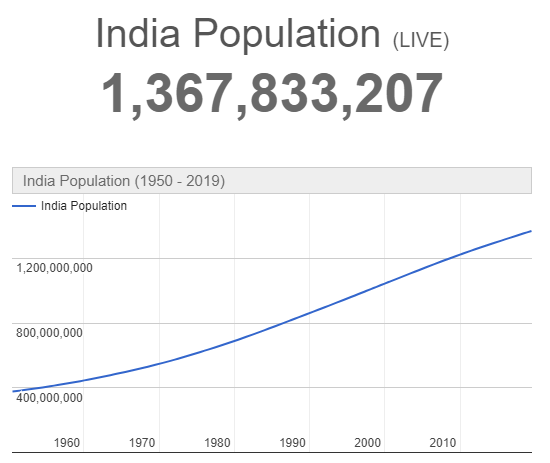 In an effort to control population, countries like China started taking efforts since 1979, when it launched its controversial “One Child Policy” rule after launching the “Two Child Policy” rule in 1970. But, by the end of 2015, the One Child policy itself was controlled and terminated in view of the negative impacts on its entire demographic attire.

The One Child policy created a major imbalance in China’s population distribution where people in “senior citizens” started increasing compared to the infant and the millenial populations. China, which also majorly houses joint families, gave rise to the infamous “Four-Two-One” problem, where the single child started being responsible for his parents along with his grandparents alone. This meant leaner financial strength of such families and more expense by the government on senior citizens to support them for their welfare. Chinese families unfortunately preferred a male child over a female one and in the wake of One Child policy, girl child abortions, infanticide, disproportionate sex ratio started crippling China’s social fabric. Moreover, over the long term, China’s parents are now psychologically comfortable or have become comfortable with the idea of having one child, reasons that can be attributed to the one child policy and hence the negatives of such a policy seem to die slowly.

In the emergency era (1974-76) of India, son of then PM Indira Gandhi — Sanjay Gandhi launched the forced sterilization program which to date is regarded as one of the darkest times of Indian history. Nearly 6.2 million Indian men were sterilized in the first year of the program which is 15 times more than what the Nazis did (source: https://www.bbc.com/news/world-asia-india-30040790). The program received widespread condemnation and effectively never realized its purpose statistically, let alone psychologically and underlined the fact that forced measures to achieve social balance, only set out to fail themselves.

Why Modi 2.0 can set the stage for population control by awareness

Sometimes the messenger is greater than the message. While Indians never disregarded the concerns of rising population, the realization of its effects still don’t hold ground in the minds of its people. With a historic mandate of 2019 elections, people not only voted for non-corruption, but they also voted against the eternal “caste-politics” in line of BJP’s “Sabka Saath Sabka Vikaas” party ethos. In the wake of a refreshed “solve countries issues” awareness among its citizens, the time is perfect for the BJP government to implement population-control centric awareness schemes and campaigning. With a powerful leader at its helm, Narendra Modi, his charming speeches can now include a direct call to people to be aware of a “happy family planning”. The message should include measures to adopt girl children more, which eventually also solve “Indian women issues”, the society still wakes up with. This also conforms to the “Beti Bachao – Beti Padhao” missions and sends out a message about India’s strength of gender balance to the world.

The BJP with its dominant social media team can effectively assist in achieving this mission, spread awareness and bring in a social change at the ground by mobilizing and giving feedbacks to the government institutions which can now be reached just over a tweet. The international aura of Modi 2.0 can help in bringing innovative measures across the world to rise out of the population issues. Even a partial implementation of the awareness by the government, along with patches of its effects in the populous states of India, be an instrument in setting the stage for a Modi 3.0