More
HomeOpinionsHere is why the book Urban Naxals is a must read, especially for the...
Opinions
Updated: 30 April 2019

Here is why the book Urban Naxals is a must read, especially for the parents of young children 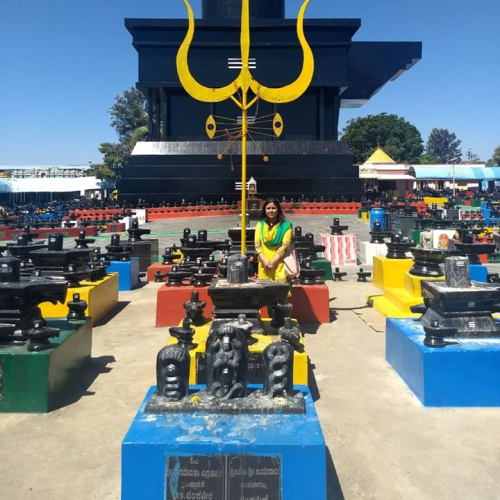 I saw the movie “Buddha In a Traffic Jam”. I understood what was being implied in the movie. However, for me and millions others not enjoying the proximity, geographically and ideologically, of the traditional naxal movement, it was fiction. It was a movie, watched with the motive of entertainment and escapism. Maybe it was not an entertaining movie. It was dark, but it was still a movie. It contained fictional facts and half truths; and there are always dramatizations and exaggerations in the name of creative license.

Now almost a year after the book was released, I read “Urban Naxals”, authored by “Vivek Agnihotri” and published by “Garuda Prakashan”. It is the author’s first book. The book chronicles the inspiration, conceptualisation, creation and screenings of the movie.

One might wonder what possibly can a book about the making of a movie have to offer? What was not already not known? There cannot be a more fallacious thought. The book has its own merits. It is not merely about the journey of movie; it is also about the journey of the author. Any person who has struggled, failed, improvised, felt defeated, challenged, overcame challenges, felt elated, survived, given their all to achieve their goal will relate to his journey. Most importantly it is also the journey of the till now uncoined concept of “Urban Naxal”.

This book is a must read to comprehend the modus operandi of the Urban Naxals and their impact and influence in every sphere of society. The book is divided into four parts.

The first part describes how the author came to making a film like this. The diverse path taken by him landed him in a position to be able to make this film. It describes his struggles with financing and his unique approach to solve the issues he faced. The most amazing part was how he created a hundred owners of the film.

Second part is about the conceptualisation of the story. It delves into the author‘s sources, his motivation, his own experiences, his brush with naxalsim when he was a student, all of which contributed to adding to the nitty gritty details and new angles to the story. When I read this part, I know it not be a half truth, as it has verifiable facts- literally and in theory.

In the third part the author narrates in detail how the story was written and the film made. It took immense creative effort to design the flow of narrative, frame by frame, chapter by chapter.

The fourth part chronicles the film’s screening, challenges faced at every screening and subsequent success. After having been shelved, the film rises like a phoenix to give sleepless nights to the naxal ecosystem. The events taking place all over the country at the time corroborated the need for such a film and narrative. People needed to be made aware of the narrative which has been vehemently guarded till now.

The author is a famous Bollywood director. However he does not use his position as an insider to divulge the workings and gossips of Bollywood, which was a welcome surprise; as one would assume that could have been a selling point for the book. All Bollywood names mentioned have been mentioned in a matter of fact way, as they have been a part of the author‘s, the film‘s and the “right” narrative’s journey. There was hardly any digression from the main theme of the book, which is, how the movie with such theme and content was conceptualised, created and conveyed.

The book is well organized, written in easy to comprehend style. One can relate to and empathise with the journey of the director-author. Despite the movie, the book also holds on its own.

The movie might have come and gone as an offbeat movie, had it not been for the herculean efforts of the Urban Naxals mafia to ban the movie, to hinder its screenings; in general to disrupt the propagation of any idea contrary to their own; do what they are best at doing. As mentioned also in the book., traditionally the general idea of any movie has been entertainment. Had it not been for the attention or rather resistance the movie received, possibly it would have come and gone as a fictional story which ruffled many feathers.

The book however corroborates the movie by providing verifiable facts.

The book is also about being true to oneself, being fearless and resilient, finding creative solutions to difficult challenges.

Myself and million others like me have been detached from the Urban Naxals. However, I have been awed with their idealism, intellectualism, work ethic, community and reach. In my eyes they were the superior class- idealistically and intellectually. On second thoughts, if I looked up to them, how would I consider myself detached? I was as much a potential target recruit as anyone else. I could easily imagine myself to be impressed and influenced by someone like the author‘s dramatics professor, just as the author was during his university days; except that I have been a million miles away from dramatics and other extracurricular activities.

I recommend the book to anyone who cares about their children. Children and youth have impressionable idealistic minds; they might unknowingly get affiliated with the Urban Naxals. A lot of the Urban Naxals seem to be lurking in and around universities and student activities. The book is about how the movie was made, but also offers profound insights in about how the Naxal network works. Invested as much as they are in their children’s life and well-being, parents need to be as much on watch regarding their ideological contamination.

I also recommend the book to everyone to be inspired by the creative solutions in seemingly difficult situations. When one wants to do something, there would be a way. One has to find it, just as the author did. The journey might not be easy, might not make sense now; but in the end it will be possible to connect the dots.

A film like “Buddha in a Taffic Jam” was crying to be made and screened in these times. The book on making of the this movie, filling in the necessary details, was equally essential.