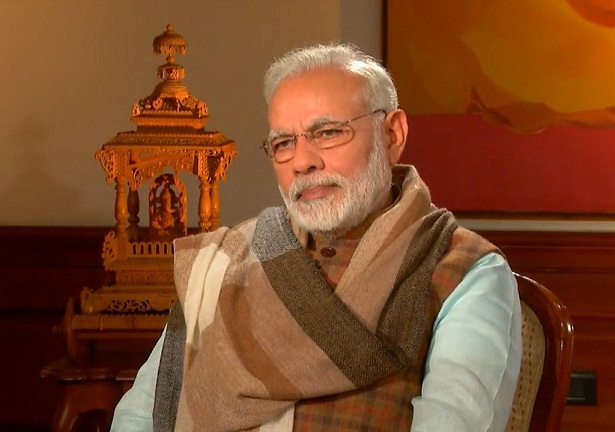 The decision of Modi government to introduce a bill pertaining to 10% reservation for economically backward general category otherwise designated as upper caste is a long pending need which Narendra Modi has actualized. Economically poor forward community people are further marginalized due to lack of opportunity as they cannot compete with forward caste people from creamy layer obviously due to penury and simultaneously have no opportunity due to reservation. As a result they are further pushed backward and have to bear the pain due to the tag –forward community.

Narendra Modi came to power with the vision and agenda of development and sab ka vikas. Narendra Modi has taken several revolutionary, bold and structural measures to develop our nation as well as to prevent corruption and seepage of money from public exchequer. Several initiatives like providing free cooking gas connection to lakhs of poor people, building toilets, providing drinking water facility, electrification, financial aid for the construction of houses, bank accounts to ensure direct transfer of subsides etc., for poor people in remote villages. Narendra Modi was not satisfied with the above measures as he heart want more measures for poor people to uplift their life.

The 10% reservation for economically weaker section in the upper caste without affecting the existing reservation system is indeed a game changer and certainly such move with foster India’s growth in several frontiers much faster than what it is now. The negative, pessimistic Tukde Tukde gangs are spiting venom in public place due to this revolutionary step of the government. They are pushed into a situation neither can oppose nor wants to support the bill as the credit may go to Narendra Modi. Therefore they are questioning the bill by stating that the government does not have the majority to pass the bill.

The question is not about PM Narendra Modi to pass the bill on 10% reservation for economically weaker section in forward community but it is the collective responsibility of all the law makers in both houses to make it happen. If they play politics over the genuine intent of PM Modi to ensure sab ka vikas, they are exposing nothing but own political agenda, hypocritical intent and how cruel they are towards poor people.

Even if the task is impossible, it is expected from the opposition parties that they must support PM Modi to pass the bill so that poor people in upper caste would also get their legitimate due. Every community and caste must be supported and must be provided with equal opportunity. PM Modi is making India an equal opportunity employer for all. If the Tukde Tukde gangs oppose and show their real colour, people of India must pledge to elect Narendra Modi led BJP back in power in 2019 with absolute majority so that all such ground breaking, game changer development initiatives and sab ka vikas agenda are implemented easily.

Tukde Tukde gangs and the dynast want only politics and not development or sab ka vikas. They want to diminish India into different groups so that they can come to power by divide and rule politics. Thereby the Tukde Tukde gangs can enjoy power, loot our economy, divide people based on caste and push the country and its people from bad to worse.

In the last several decades, the status of people in India will tell the real story of how the politics of dynasty has destroyed India and how Narendra Modi in the last 4 ½ years has repaired, rejuvenated and resurrected our economy and glory. India must offer standing ovation to PM Modi for the well-thought over bill aimed to provide 10% reservation to economically weaker section in upper caste. The above intent of PM Modi has proved beyond any doubt that he alone can develop India and achieve sab ka vikas. Soon the reservation should evolve around economic criteria and not caste.