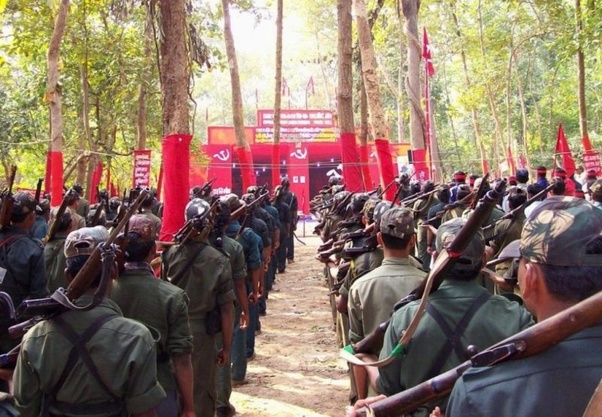 “Urban Naxals” is a term that may seem new to many people but this represent a whole ideology. An ideology that was existing in our society and still escalating with a great speed. Vivek Agnihotri, an author and film maker has used this term in his film “Buddha in a Traffic Jam”. Movie clearly shows that today Naxalism has not only been restricted to forests and hinterlands but it has made its place to the metro cities also.

This ideology is so influencing that anyone, who may be holding a good public position or him a influencer can be under the influence of this ideology. When people hear the terms, Human Rights Activists, Professor, Intellectuals and Poet it evokes a sense of respect and nobility to all. But imagine a situation where these terms are used to hide the anti national activities? Common people will never doubt the real truth behind their ideology.

These people have carry different agenda like, to liberate Kashmir, Manipur, Assam and many other parts of the country from India. They call themselves as sympathizers of the weaker section of the society. They talk about the caste and casteism. They show sympathy towards the minority section of the country. They target the youth studying in various universities of the country and do their brainwash so that they could be misused to fulfill their agenda.

Jawaharlal Nehru University is somewhere facing a threat of displacement from this type of ideology. It has played a major role in student politics too. Definition of liberalism and leftist is being transformed so that they could attract more and more youth. Whenever a terrorist is killed by Indian Forces these people mourn for it’s death and when Indian Forces sacrifice their lives, there is a celebration made by them.

Their ultimate goal is to throw out the Indian State Government and established Naxal rule. A document was leaked titled CPI (Maoist) – Urban Perspective which give the details about the strategies to mobilize masses in the cities and make them revolt against the government. Document clearly mentions “the cities are the strongholds of the enemy and have a large concentration of enemy forces, it is therefore necessary to counter the cities also”.

A letter was found in which they talked about the dangerous plan of assassination of Indian Prime Minister Narendra Modi in the same in which assassination of former Prime Minister Rajiv Gandhi was done. They have plans to spread hate among the people on the name of caste and religion. Letter talked about exploiting the death of youth during the Bhima Koregoan Clash and take benefit from it.

Danger don’t just end here as Police have seized documents that shows the names of prominent leaders that were having connections to such people. They are been continuously supported by their partners like Kashmiri Terrorists, Separatist, Intelligence agencies of Pakistan and China.

It’s time for getting serious as there were plans of Infiltration by them in armed forces in order to get the key information. Document mentions “It is very important to penetrate into the military, paramilitary forces, police and other government services.”

Arnab was arrested as Comrade Bikram (a wanted naxallite) charged with more than 30 cases slapped by CPI(Marxist) and TMC government. Arnab alias Comrade Bikram killed Intelligence Branch Officer Partha Biswas and his own childhood friend Soumyajit Basu, a school teacher. He was an IITian and was good at academics but he was brainwashed and got involved into Naxalite activities. Now he is incarcerated in Presidency Jail in Kolkata.

Recently five people were arrested having charges of connection with the Naxals but they were granted bail. The leftists are protesting that arresting the five activists is a form of curbing their dissent, but they fail to realise that charges of assassinating the Prime Minister is not a form of dissent.

Naxalism is the biggest threat to India. Urban Naxalism cannot be defeated only by armed forces but by the collaboration of each and every individual as enemy is living among us. We all have to identify and capture it.