More
HomeOpinionsOur PM has said: “The current pace of our progress is a beginning for...
Opinions
Updated: 15 August 2018

Our PM has said: “The current pace of our progress is a beginning for me” 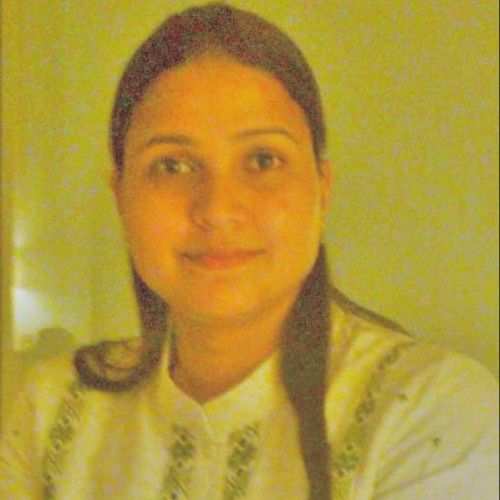 When the world is taking notes from India’s remarkable transformation journey, Prime Minister Narendra Modi has evoked the spirit of 1.3 billion people to do more when he said: “This is a beginning for me.” His words have reminded us that the joy of achievements should not halt our desire to push further; the glory of accomplishments should not affect the pace of our efforts, it is a clarion call for all of us to get ready for that take off which a country takes once in its transformation journey. We have started with a good pace but to take our country to a new height we need to accelerate and this should be the mutual desire of 1.3 billion of us.

In his first Independence Day speech PM Modi shared his vision of rebuilding the national character and since then through his every single move he set out an example to follow. PM Modi has created the environment and opportunities for every citizen born in Independent India to contribute their part in the country’s progress. He ended the chaos about our goal and direction by giving a common purpose of nation-building. A country of 1.3 billion people cannot agree on all points but there exists a common desire about the country’s future and that common desire is our key pushing factor. PM Modi has made the last man in the last row to believe that his aspirations have a space in the country’s development efforts and things are moving in a right direction. This trust has translated into a national unity which made different bold and courageous initiatives a success i.e. Demonetization, GST, Jan-Dhan, Swachh Bharat Abhiyan, Sanitation Coverage Drive, Mudra Yojana, Common Service Centres, Ujjawala Yojana, National Digital Literacy Mission, Skill India etc.

To fight with the 70 years old challenges our country needed the freedom war kind of spirit; PM Modi has kindled that spirit in the millions of our youths. Today, a majority of young people see Prime Minister Narendra Modi as their role model; they have a different level of trust and conviction in the system. Inspiring the youth power to direct their efforts in a right direction is one of the successes of the Modi government and we can see that in spite of the continuous efforts of different groups to spread unemployment and job creation propaganda, Indian youths are more enthusiastic than ever to play a constructive role. By nature, youths only trust what they see and feel, no argument can satisfy them. Their special connect with PM Modi is a testimony of Transforming India’s success.

Businesses are the driver of economic growth. In the success of the world’s all major economies, the entrepreneurs have always been the key actors. The Indian entrepreneurs are those unsung heroes who have played a crucial role during our freedom struggle and have contributed a lot in the nation bundling during the crucial years of post-Independence too. They provided jobs and means of livelihood to millions of people and worked shoulder to shoulder with the government in the process of the country’s transformation. Post-Independence they have expanded their businesses in all key sectors of the economy and left no scope for any foreign hegemony, their moves were driven by a larger goal for the country, not by any selfish instincts.

From the first day in office, Prime Minister Modi has acknowledged the role of entrepreneurs in the country’s formation and he strongly objected to the culture of defaming the business people of the previous governments. The Indian businessmen have waited a long for a right leadership in the country, one which knows how to define a balanced and healthy partnership between government and businesses. Prime Minister Narendra Modi’s approach matches with the true entrepreneurial spirit, on different occasions his leadership courage, conviction and ability to take bold and aggressive moves have surprised many of our big entrepreneurs. From his chief minister days, he has known for sparking a great enthusiasm among the businesses and kindling their desire to do more. PM Modi has made India a magnet for the world business community and at the same time encouraged/enabled Indian businesses to lead the global markets. Today, Indian businesses, small or big, startup or MSMEs, all are well equipped and ready to lead than ever before.

From the beginning, Prime Minister Modi has adopted the approach of ‘Nation First’ instead of politics, which persuaded different stakeholders of the country to act beyond their narrow thought structures and personal goals for the good of the nation. This is not an ordinary thing! Since 2014, in every speech of PM Modi, you will find a message for everyone to leave their past behind no matter how glorious and ugly you feel it was and to join hands for the transformation of the country’s present circumstances.

A country where all key ingredients for prosperity exist, where all twelve months are favorable to agriculture, which is blessed with six seasons, mighty rivers, and gigantic mountains, where land is fertile, natural resources are in abundance and demographic dividend is unmatched in the world, has no reason to move in a moderate pace, PM Modi has reminded us that when he said “we have to move at a faster pace.”

On this Independence Day, we have a new confidence, new aspirations and a grand vision for the country’s future and this feeling is mutual among 1.3 billion people. We have left our old ‘Chalta Hai’ attitude and today we believe in ‘Badal Sakta Hain and Badal Raha Hain.’ We are ready to drive the transformation of our country in shoulder to shoulder with PM Modi. Nothing can stop us from marching ahead!