More
HomeReportsDepression in ancient texts : It is time we work towards understanding the phenomenon
Reports
Updated: 19 May 2018

Depression in ancient texts : It is time we work towards understanding the phenomenon 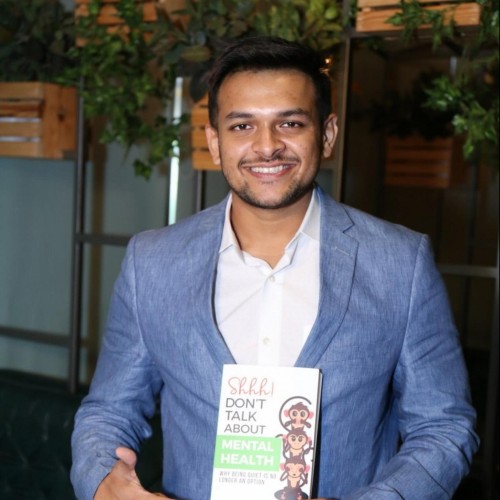 Bhagavad Gita says that depression is a disease which exists due to blocking or inactivity of the higher mental processes. It mentions the presence of Sattva and Teja in the human mind. Sattva is the self-confidence or the image that the mind has of its own self. Teja is the vital energy that exists within us. Gita explains the phenomenon of depression or melancholia with the Trigunatmaka system (Tri-archaic theory).

According to Sankhya system of Indian Philosophy, the psychic processes assume three distinct trends in the form of Gunas, viz. SATTVA GUNA, RAJO-GUNA and TAMOGUNA. SATTVAGUNA is characterized by lightness and enlightening, RAJOGUNA by movement (unsteadiness) and connecting and TAMOGUNA by obstruction, heaviness and darkening TAMOGUNA annuls both the SATTVIC as well as the RAJSIC processes through darkening effects and through its effect characterized by heaviness.

Depression is said to be the victory of Tamo-Guna over the other Guna which leads to a person feeling heavy. It sort of also explains the feeling that people have of not wanting to get out of bed or to do anything. The Tamo-Guna may manifest itself in various ways including Self-hate, violence, extreme attachment, attachment or perplexity.

It is hence clear that depression is not something that is uniquely western or novel. It has been harming the human mind for centuries and finds its mention in various ancient texts. Similar explanations can also be found in various Greek, Roman and Chinese texts. Let us now look at the history of depression in the western world.

In around 400 BC, the Romans and Greeks saw depression and other mental illnesses as demonic possessions. They were treated by priests and the illnesses were seen as spiritual problems rather than mental ones. Hippocrates, a Greek, was of the opinion that mental illnesses were caused by a disorder in body fluids which he called ‘humours’. Despite the presence of many references calling depression as a possession, there were many philosophers of the time who thought it was something else. Roman Cicero, on the other hand, believed that melancholia was caused by fear, anger or grief. They used massages, diet, gymnastics, music or even baths to treat depressive symptoms.

Depression in the Middle East.

Egyptian and Babylonian texts (also Chinese) also believed that depression was caused by possessions of spirits or demons. In order to treat, they used exorcism techniques. Lashing, beating, starvation or restraints were some techniques used in those times.

After the fall of the Roman empire, the scientific mindset receded and religion took its place.

During the Middle Ages, religious beliefs, specifically Christianity, dominated popular European explanations of mental illness. Most people thought that mentally ill people were possessed by the devil, demons, or witches and were capable of infecting others with their madness. Treatments of choice included exorcisms and other more barbaric strategies such as drowning and burning. There were some doctors who believed otherwise but they have rarely listened.

The modern form of mental illnesses and mental health only developed after the Italian Renaissance of the 1500s which quickly spread through Europe. The thoughts around depression continued to progress all the way through the 20th century. It was only in DSM III that major depressive disorder was first named. It was previously also known as ‘melancholia’, ‘depressive neuroses’ and ‘depressive reaction’.

The modern understanding of depression continues to develop each day. The number of researchers has increased and we are moving towards understanding the human mind fully regularly. It is also clear that cruelty and barbarism have been seen throughout the past of mental illnesses. It would be better if we work on changing the mindset of people soon and move past these regressive ideas into a new world which embraces the understanding of depression.