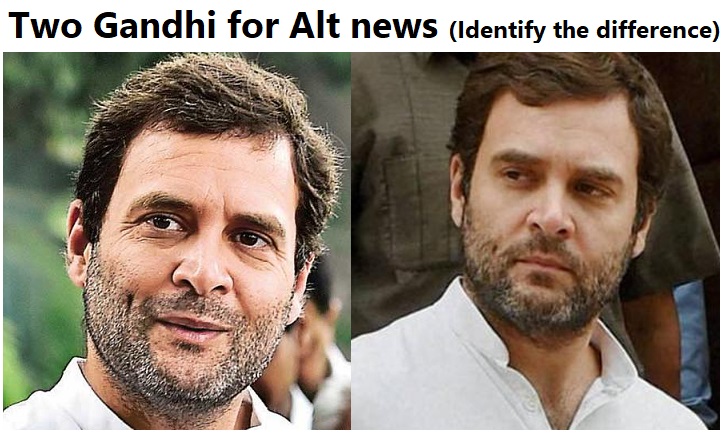 Recently Times Group (that runs newspaper Times of India, TV channel Times Now, etc.) launched a program named “Fake Bole Kauwa Kate” that claims to be the India’s first digital fake or fact finding show of its type that is dedicated entirely only and only to bust fake news.

The show begins with a claim to bust and expose all fake news and as soon as we start developing our interest in the program, the host shatters our hope by telling us that Altnews is also involved in this program. Ironically the host is someone who is a troll himself and was earlier reprimanded by ABP News for sharing fake video.

Those who don’t know (or if you don’t watch NDTV) what is Altnews, it is a left leaning propaganda website (regularly promoted by Ravish Kumar and Co., and of course JNU types) that claims itself to be a fact finder and regularly busts any fake news knowingly/unknowingly distributed by BJP, RSS, Hindu Groups, Right ideologists, Republic TV or anybody that is not on “left” lane.

Fake news and propaganda of So-called liberals and pseudo-seculars is not a concern here. Even if news is not fake than they are champions of serving half-truth or fabricate/twist it to look like a fake one, I will explain this further in this article.

Coming back to Kauwa Show, in its first episode five fake news were exposed starting from a fake alien news to strip search of Paki PM. One news was regarding a split image in which a young boy with a saffron bandana on one side and with blue bandana on the other side. As claimed by media, this is the same person who was earlier part of protests by Karni Sena and later was present during the Bharat Bandh protests by Ambedkarite Groups. It is being said by some that this boy’s name is Abdul Jamal Khan.

Busting material in the show for above said news was picked from Altnews. Now the catch here is, if you read complete article on Altnews, initially it looks like they are saving poor Muslim Abdul Jamal Khan from clutches of saffron IT trolls by busting a right wing fake news, but at the end they nowhere conclude this picture being fake or real. At the end this becomes a perfect example of news twisting.

Altnews starts with this picture being taken from a parody account and starts analyzing it. They very comfortably makes readers believe that a parody account will obviously post a fake picture. Here objective should be to check the authenticity of images, not account itself.

They give a few examples of how media broadcasted this news and later deleted it. They say: This information was broadcasted by the Hindi news channel India TV, which has now deleted the story from the website.

Altnews also names Journalist Kanchan Gupta “Apart from India TV, this information was shared by many social media users as well. Among them was journalist Kanchan Gupta. Ironically he is a member of the Central Press Accreditation Committee and would have been involved with the issue of crackdown on fake news had the I&B ministry’s now withdrawn circular been put into effect. Gupta later deleted his tweet and apologised.”

Above examples will obviously makes us think that news is fake and Image is morphed as deleting a news and apologizing can only be done in case of a fake news broadcasted by media.

This again becomes a perfect example of fabrication or twisting of facts and serving half-truth as Altnews forgot to mention that Shri Kanchan Gupta did not apologies for tweet but only for not spotting @republicTv as a parody handle.

Further, rather funnily, Altnews claims to have used some software to analyse the two photographs and finds subtle differences (forgot to mention what difference) and at same time claims that difference is not conclusive.

“As for the claim that the two photographs are of the same individual, Alt News juxtaposed the faces to try and ascertain if they are indeed one and the same person. Using the InVidsoftware for analysis, we magnified various facial features to aid visual comparison. The magnified version of the image does show subtle differences. However, this difference is not conclusive and we are unable to ascertain whether the two pictures are of the same person or not.” 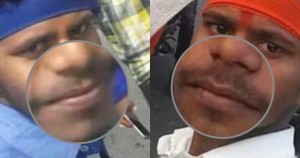 “Although the resemblance is striking, Alt News is unable to verify if the two photographs are indeed of the same person. Notwithstanding the lack of conclusiveness over the identity of the said individual/individuals, the name ‘Abdul Jamal Khan’ is a pure figment of imagination.”

Kauwa show picks same story and gets in line with alt news, making no claim about photographs being morphed or fake. At same time, both Altnews and Kauwa show forgets to mention what made them feel that photograph is fake or doubtable. Going a step ahead Kauwa show also claims that Republic TV spreads fake news just like its parody account.

Now the facepalm moment is here. Parody account @republicTv clearly mentions that all tweets are fake and imaginary than what forced Altnews to expose an imaginary picture and why they could not bust a fake news from a parody account. And, if Altnews could not come up with a solid evidence of image being fake, what made them write a stupid article that reaches nowhere.

Or should it be concluded that this time a parody account posted a real picture and face being of a Muslim person, this was obligatory for Altnews to come up with an absurd article to confuse their loyal readers!

Calling something fake with a disclaimer of uncertainty is a very cheap tactic and Left liberals should stop this long played filthy game now. Right from Godhra massacre (where 59 Hindus were burnt alive) to recent attacks on Ramnavmi processions by Muslim fanatics, Left and secular lobby was always found either giving cover fire to Jihadies or blaming Hindus for celebrating their festivals. Your hate for Hindus is not taking you anywhere but taking me certainly more and more towards “Right” path.