More
HomeOpinions7 times I felt Nation is not important to some people in India
Opinions
Updated: 13 February 2018 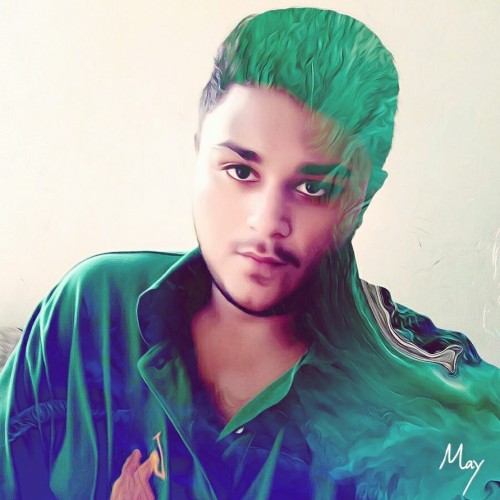 In school, we had a morning assembly which was compulsory to attend. The assembly gathered for prayers, pledge and last but not the least, the National Anthem. After completion of Anthem, one last thing that happened before going back to our respective classes in queues, the command boy shouted aloud ‘Bharat Mata Ki’ and the whole assembly roared with thunderous echoes of ‘Jai’, not once but thrice.

I didn’t see it happen in a school assembly recently when I went to drop my cousin in the same school. I held back and stood there to go through the euphoria of morning assembly all over again but I was left disappointed to witness a bizarre lackluster morning assembly with no essence or spirit of India in it. This made me wonder, is the nation not important anymore? Are our future generations not expected to follow those essential nationalistic values?

And then, I open up the newspapers coming every morning. I find a broad first page with the cover story about why patriotism shall not be enforced on people! There are articles every other day which try nonchalant manipulations to prove our nationalistic ethos deny the right to freedom of expression. That our culture is regressive and our religion is downtrodden. And what not?

Yes, these articles are against my views and I am nobody to respond back with a befitting reply to their arguments right at their face. I know nobody cares even if I write it somewhere but I need to start.

Better something than nothing.

No Freedom Without the Nation

I still believe in what I think about nationalistic virtues and I find it necessary to explain how it is that important for us to keep the nationalistic flavour up and growing when it is being pulled down every other day. We should never hesitate from using our Nationalistic aura to inspire ourselves. They say, it is not always about the product, sometimes being a brand alone is enough. Being a Brand serves a sense of responsibility to carry forward the quality benchmarks your brand has set. I don’t want an outrage but it is necessary to put things in a rational perspective.

Our love for the Nation makes us whatever we are and disregard for it can break us too. I see many people trying to defame our Nation because the nation allows them to do so. They curse the nation and question each and everything about it but they forget that they can only do this if the nation exists. In their hatred for specific reasons, they are tearing the nation itself as if the nation is not important to them.

1. The Debate of Intolerance

If any sane person still sees any truth in the whole mockery of a situation which occurred under the garb of that intolerance drama, then he is probably not sane enough as he thinks himself to be. What has changed about the country due to intolerance? Nothing. I see every Muslim living the same life if not better, as they had been living throughout this life. But still the fire of Intolerance was kept alive for a long time with many other catalyst coming in to raise the relevance of the issue. This overall narrative of Intolerance gave India a bad name all over the world as proven when Barack Obama in one of his speech during India visit reciprocated the narrative of Intolerant India.

After the drama of Intolerance started to lose its grip in the mainstream, few awarded artists all of a sudden realized that the Intolerance issue deserved some more debate than it got. So they took their pious awards and went for a press conference to return those awards. To my surprise, for doing that whole drama, their reason was that the ruling government was imposing a situation of an emergency. For reference, they gave example of one Muslim youth who got killed by a mob for some reason. It was wrong and many of the people involved in it have been put behind bar. Apparently, the event held by those awarded men shall be remembered as one of the biggest minority appeasement campaign ever seen by this country’s non political elites. No need to tell you, this also did a greater damage to India’s image globally.

3. The Evidence of Surgical Strike for Pakistan’s Help

When Indian Army took the revenge of Uri attacks by conducting surgical strikes across the border, not many people were happy and they were rather confused. No matter what, it was a fearless statement which India made by announcing those strikes that sent a strong message to our enemies. It was an open rebellion against Pak Army and surely caught them by surprise in no position. Probably the reason why Pak neglected the claims to preserve their image on a safer side. But few Indians loved the perspective of Pak army and started to raise doubts in media openly. They not only questioned the credibility of Indian Army but also lost a track of the situation in which the nation’s pride was at stake. The political hatred had turned them blind to the national priorities.

4. Against the Flag and the Anthem!

The famous incident of Jadavpur University in Kolkata refusing to hoist national flag caught media limelight for differing opinions but it had one thing in common with another issue raised on playing the national anthem. When people openly confer these subjects of national identity as a threat to freedom of expression, logic is certainly the most under used aspect behind such arguments. There Plis nothing that can be argued against the national pride and to stand against it, is the lowest you can fall.

The implications of word Secularism has been exploited by certain political parties and intellectual elite of this country. People openly bash Hindu community for the act of one individual, allow defaming Hindu culture to flaunt their progressive secular values, use exaggerations and false interpretations to malign the religious sentiments in the name of free speech and still, everything goes for a toss once Muslims get involved in similar or even worst case scenarios. There is an absolute silence about issues of Kairana and Kandhla. So much so that many of you will never know that Kandhla was also suffering from the issue of religious exodus. The riots in Dadri didn’t get media limelights. Appeasement of Muslim and bashing the Hindu mindset has become the new trend of Secularism in India.

6. Kanhaiya Became a Posterboy of Liberals!

The event in JNU campus was supposed to open eyes, instead many self proclaimed liberals turned the antagonistic deeds into heroism. When students are chanting about breaking the nation, threatening the Indian state with war, hailing terrorists as immortal heroes, then it is better to get a reality check about what is wrong with the students. But Kanhaiya Kumar is all of a sudden conferred as the posterboy of voice of freedom in some media channels. He becomes a hero just because he organized a rally in honour of Afzal Guru the terrorist. How can a person become great after showing sympathy for a terrorist?

It is all about the narrative. The stone pelting by youth of Jammu and Kashmir has been a big hurdle to deal for Indian Army. There have been clear evidences of these paid protests being orchestrated through funds coming from across the border but still, plethora of news channels highlight the response or rather retaliation by the Indian Army in a bad vein. What would you do if someone is constantly trying to pin you down by throwing stones at you? Even though, there shall be no justification for stone pelting, yet the certain class of people show sympathy and project stone-pelters as innocent. How horrendously it impacts the morale of Indian Army? I really feel sad about it.

Nationalism Is Not Patriotism Anymore!

There is a subtle and certain patriotic feel which is attributed to nationalism. Of late, India has seen many intellectual minds debating against the patriotic values which are flaunted by public in public. In fact, they have given a new term to it, hyper nationalism is a synonym for the word Patriotism to their mind.

Now here is my point. You can say what you want to in front of the media and roam freely. You are accusing the same government which rules the nation and still remain free. No government authority has held you back or punished you or jailed you, even though you feel it is an emergency like situation. Is this how you think dictatorship works? No, just go and try the same somewhere else in the world with dictatorship in place and you will learn the difference.

When all this happens, it deeply disturbs most of the Indians who see it as the nation being ridiculed in front of the world. India allows you to say all this and get away with it and you still don’t realize that these are the National values which are allowing you the privilege to do so. Instead, you shame India globally.

‘People who try to oppose national pride by opposing the virtue of its flag, anthem and slogans are doing no lesser damage. How do you think will it affect the mind of a child?’

These are the values of nation’s identity and it is what makes a nation important. When you malign the national identities, play with the image of nation’s Army, joke around nation’s culture, then it clearly suggests, nation is not important to you anymore.