Does singing the national anthem mean wearing patriotism on your sleeves? 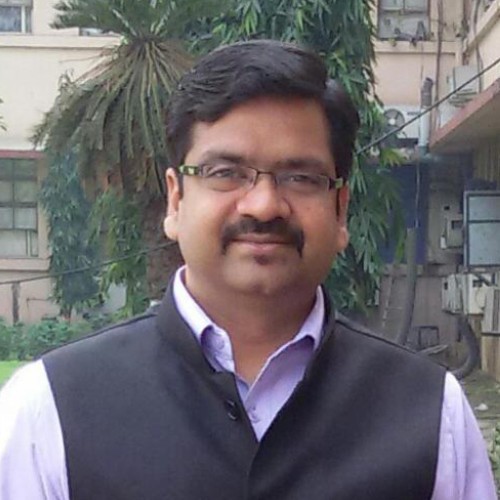 Facebook
Twitter
Telegram
Email
WhatsApp
676
It’s a season of revisions in the Supreme Court. Just on the heels of its revisionist decision on Art 377, the Supreme Court today has reversed its order of November, 2016 where it had made mandatory for all cinema owners to play the national anthem and for all viewers to sing it before commencement of a movie all across the country. The court came out with this modification following the changed stance of the Centre, which suggested the court to make the singing of national anthem optional at the place of mandatory. A detailed guideline may come up on the matter once a 12-member inter-ministerial group constituted by the government formulates its recommendation on the Insult to National Honour Act, 1971, which may suggest how better we can respect our national symbols.
However, before you rejoice on the end of the so-called ‘patriotic vigilantism’, let me mention that the court made it clear that although playing the national anthem is optional for cinema halls, if the same is chosen to be played then standing and singing the same shall remain mandatory.

To begin with, let’s be straight. If patriotism brews within your heart, it will gush out. It will show up in your looks, body language, gestures and mannerism; no matter whether it’s a school or a cinema, a place doesn’t change the equation. However, if you haven’t got what it takes, you’ll look out for curious excuses. It’s oxymoronic to have patriotism in your heart and not to rise for the national anthem.

At present, the intellectual landscape in India is rife with many such excuses over why one shouldn’t rise and sing national anthem. While listening on a petition of Cinema Association against the 2016 order, Justice Chandrachud had wondered in 2017 – “Why do people have to wear their patriotism on their sleeves…People go to a movie theatre for undiluted entertainment…Society needs that entertainment?” He took the matter a bit farther – “In a movie theatre, people may be in shorts etc. So some one may say people are wearing shorts and showing disrespect to national anthem. Where do we then draw the line on moral policing?”

Of course, India is not a totalitarian state where all the activities of individual’s life would be directed towards the glorification of the state, yet one must appreciate that in a land of staggering diversity like India, certain threads are required to keep us bonded. It’s important to protect, preserve and promote such threads.

The question of singing national anthem is enveloped in the larger debate of freedom of individual versus the intrusive nature of state. Let me phrase the debate precisely – can a modern, progressive state intrude upon an individual’s right to choice through coercive powers? Or more precisely, can the state force a particular notion of patriotism on its subjects and direct them to respect the national symbols as per its whims?

Actually, to many of them, the argument is existential. It’s a part of the larger debate that runs in the society through the broader divide of liberalism versus conservatism. Whether India would promote the progressive values of liberty, freedom and choice or would she eventually drift to totalitarianism? A decisive resolution of this question would settle many subsequent debates.

No nation can survive if it couldn’t enforce certain basic minimum obligations on its citizens. We call it ‘Fundamental Duties’ in our constitution. Respect for one’s national symbols and expecting all citizens to commit to it, is one such fundamental duty, which no citizen can escape. It’s necessary for instilling in the psyche of the society a sense of unity, camaraderie and belongingness.

Now, let’s come to those curious excuses. ‘Is standing up and singing the national anthem is the only way to prove one’s patriotism?’ – many growl on social media.

Well, not the only way, but it’s the most emphatic way. To show your patriotism, you need to commit yourself to many other cherished values of the nation such as, cleaning and ensuring cleanliness of the surroundings, integrity and honesty in public life, respecting public properties, following traffic rules, standing for weaker and disadvantaged sections, respecting and protecting the honour of women in society, desisting from sectarian feelings of cast, sect, regions and many more. Now, count within, how many of these do you carry with you to compensate for seeking exemption from singing the national anthem. Hmmm…maybe, hardly any! You see, singing the national anthem is easiest among the above list to learn patriotism. Proceeding to other values becomes easier.

Being a patriot is not easy. You’ve to commit a lot, sacrifice a lot. It’s not like being a consumerist-hedonist-metrosexual egoist whom no body cares. But, the society cares for the patriot in the same way the patriot cares for society. Moreover, respecting the national symbols is a constitutional act. The fundamental duty under Article 51A(a) mandates that it shall be the duty of every citizens of India to abide by the constitution and respect its ideals and institutions, national flag and the National Anthem.

The next man asks  – ‘WTF this unity? Aren’t we already united?’ No sir. You aren’t. Your unity is shaky and hollow and stands tattered over years of cumulative suspicion and distrust fostered by competing ideologies of identities. But, these national symbols cut through the identities and bring us closer.

Some others lament that forcing something down somebody’s throat even if he or she didn’t like it is unjust. They believe one must act as per one’s feelings and if someone doesn’t feel to sing the anthem from within, the state shouldn’t force.

Why! The state must force it! Patriotism is not born with us. It’s learnt. If you failed to cultivate respect for national symbols in your formative days doesn’t mean you’ll go around disrespecting it. You need to learn it now.

Of course, Society needs it. Go and have your undiluted entertainment. But, before that, spare a fleeting 52 seconds to foster a sense of unity with those who are slogging it out in the glaciers, ravines and deserts away from their homes and families to keep India together and to give you the moments of your ‘undiluted entertainment’. Just 52 seconds, even before that entertainment actually begins. After you pass the test of this 52 seconds torture, your entertainment will begin and remain undiluted till the end. Shake your buttocks or roll over the floor laughing without dilution. After all, you’re blessed with 2 legs and a shoulder to carry the burden of uniting with the pride of India. What is missing is a little spirit. Kindle it.

As far wearing the patriotism on our sleeves is concerned, I wonder where people take pride in wearing its arrogance, prejudices, bigotry, egoism and hubris on their sleeves, what harm is there in wearing the lesser evil, patriotism?

Moreover, We shouldn’t miss the larger symbolism of the act. Standing up and singing the song inspires, motivates and teaches others to respect it. Those who detest the idea of standing up for singing the national anthem must have been in the company of someone doing the same, in their childhood days. Orientations are shaped; negatives orientations are shaped more easily. That’s why we must watch our behavior because we’re influencing someone watching us, especially those credulous children. Set a positive example for them. Don’t play a spoiler in their lives.

Yes, when it comes to playing the anthem in cinema halls, it’s prone to misuse. At times, zealots jump to do moral policing by harassing those who carry reservations on it. In a horrible show of ‘patriotism’ in Goa this year, a couple assaulted a writer and an award-winning disability rights activist, Salil Chaturvedi, from behind who didn’t stand up for the national anthem. The couple didn’t realize that he was disabled. There have been few other cases of such violence in cinema halls.

Now, it’s up to the state how to take proper safeguards against misuse of such provisions. Education and sensitization play the key role in making people behave as citizens. There is no point in respecting the national symbols when you’re jumping to take law in your hands. A rowdy can’t be a patriot because he’s dangerous for the society. Such instances lend credence to the fact that the nation is heading towards fascism. Hence, the government must criminalise any act of intimidation or physical violence or any form of vigilantism to enforce patriotic behaviour or else we’ll be losing credibility of being a liberal democracy and society.

In the balance sheet of arguments, it’s good that the Supreme Court has made the playing of the national anthem in cinema halls an optional act. However, whosoever choses to play the same, there’s no harm in getting up, tucking away your drink under the seat and holding those half-munched popcorns in your mouth, for 52 seconds and singing aloud – “Jan Gana Mana…” before a ruffling tricolor on the screen. Mind, the child besides you is watching!