More
HomeOpinionsProstitution: The dark side of our 'developing' society
Opinions
Updated: 27 July 2017

Prostitution: The dark side of our ‘developing’ society 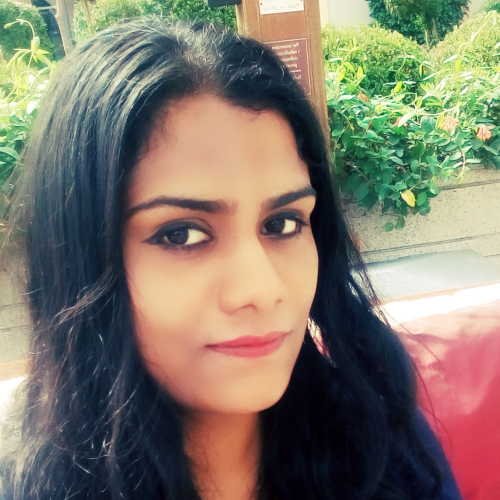 7 years back. Those were the times when I did not prefer commuting or visiting places in the city on my own, unless it was the familiar (and regular) meditation center or the book store or my aunt’s home. And like most occasions, I was making Maa come along with me (or rather, going along with her) to a particular shopping complex where I thought I would find some chargeable cells for my digicam.

There were two or three or maybe more routes to reach that place and we accurately knew only one of them. The local bus plied this route; and I hated travelling by local buses back then, so I coaxed my mother to hire a rickshaw instead, which she did. But the rickshaw puller took a shorter route, which we were not completely familiar with. My only encounter with some part of that route had been when my college bus passed from there, and I started tracing those known landmarks so that I knew where I was. And then we came to an abrupt halt; it was the ‘Painth (पैंठ) day‘ of that particular area, a day when the local market would spread over those already narrow lanes and people would flock to buy vegetables, clothes, accessories and other goods at a cheaper rate.

Well, it must certainly be a useful day for people of that area but surely not for commuters like us. So our rickshaw puller steered the rickshaw through a maze of really narrow lanes to circumvent the hindrance. Now, neither my mom nor I had been in these lanes ever, so we were alert, but since it was a sunny early-spring noon, we were not scared. It was at the next turn that I sighted that; I cannot forget it even now, maybe, I shall never forget it my entire life. There were a series of adjacent buildings; like a residential complex; but as dirty, dingy and uninhabitable as possible, and those buildings had equally small, dark windows that only reflected gloom and misfortune. Out of those dreadful windows peeped women; frail and sad, with cheap clothes that barely covered their parts; an intentional endeavor to attract vile men. It was early spring but it was still chilly; I saw a woman in a spaghetti-top; that emaciated waif holding a baby. She was so frail that I was almost sure that she would not last long, and that baby, I hoped, should not have been a girl. I cannot forget their eyes. They were deserted of any hope or joy and those lightless pairs had a vast sea of emptiness in which you can expect only pain, only melancholy.

Of course, I had never seen a brothel or red light area before but I knew that it existed and whenever I traveled across the city on my own or with a girl-companion, I knew that I had to be wary of venturing there. So it did not take long for me to figure out where I was. I nudged my mom and pointed above. “Maa, it seems to be those women” She was as crestfallen. She had never been exposed to these lanes or these women as well. “Are we safe to be here”, I asked, almost readying myself to jump out of the rickshaw. She looked around. The special bazaar, the Painth, was running a few yards across the lane and there were housewives buying stuff. She pointed to them and indicated that it was safe. I think the total time we spent in that lane was only half a minute, but my eyes scanned those quarters curiously in that little time.

I remember seeing a dozen women behind each window and there were a lot of windows. How and where did they sleep? Did they even get space to sleep? Were they even allowed to sleep? Clearly, they did not look as if they got enough to eat. And even if they did, they were for sure not healthy. How could they be? The air, the dinginess, the molds on the paintless, ashen, crumpling walls; seasons of abuse and abundance of apathy, loveless existence; are they not catalysts powerful enough to suck up a human life; the life of a woman. A woman sold off by traffickers, probably lured by prospects of a job. A woman, perhaps, cheated by her lover or by someone she placed her trust in. A woman; perhaps, trying to pay off her family’s debt. Or a woman perhaps kidnapped, blackmailed, threatened.

I try to think how she must feel like and I am reminded of the time I got suddenly smacked on my back by a stranger on the road, and I am reminded of how it felt to be stalked once all the way from school to home when I had just turned 16, and I am reminded of every time I have been ogled and passed comments at. Thinking of all that makes me sick. How should that woman feel like who has to bear the touch of unknown, disgusting men? How does she live with that physical and mental pain? She must be dying every moment.

When I think about those women whom we call sluts, and the women we commonly abuse by calling sluts or whores, I think about the men who brought them here. It is in fashion to call a woman a slut on the basis of a wide range of parameters; ranging from her dressing-sense, her personal relationships and even her opinions or out of sheer jealousy, but I’d like to know what you would like to say about the men who carry out this activity. I think about those men who might come in the cloak of darkness, ravish these hapless creatures and christen them as women of ill-repute and come out unscathed, reputed and unsullied. They by all means lead a normal life. Born out of, of course a woman; they have wives, sons, sisters and daughters. Probably, they care about them too.

I try to imagine what they think about these women and I try to imagine why no man is taunted using a male-counterpart abuse for a slut. But then after all, reputation is the sole responsibility of a woman in our society and no matter how many precautions she takes, if she is stripped of this virtue, she is done for life. From Tess of the d’Urbervilles to Lucretia of Rome, an undone woman usually pays with her life. You fight for your religions. Do you realize how people of every religion have violated and exploited her? Of your Devdasis, of your nuns and sisters molested in Churches. What about the men or women responsible for her undoing? Why should they hypocritically don the cloak of purity? And how and why do we allow this to happen.

I do not understand why these women must continue to wriggle in pain. We raise our voices about a whole lot of things; although sometimes we hardly go beyond just voicing our opinions. Can we do something about these women? Well, logically if men can lead a normal life after doing whatever they want to these women, why should these women be tortured and killed day-in, day-out like that? What are these women paying for; Eve’s biting the apple or karma’s of past birth? If we can have a quota for backward class, a quota for SC/ST, probably another one for minorities; ask me and I will give up another one if you can take these women out of that hell and just let them live. Now, I know you will say that most of them are untrained. But I am sure brighter ones like you must have better ideas.

When you stand up for a cause next time; which is of course a commendable gesture, think about these women as well; these women who could as well have been our sisters, daughters, mothers or wives. And think twice before you call a woman a slut; after all who knows how Karma actually works.