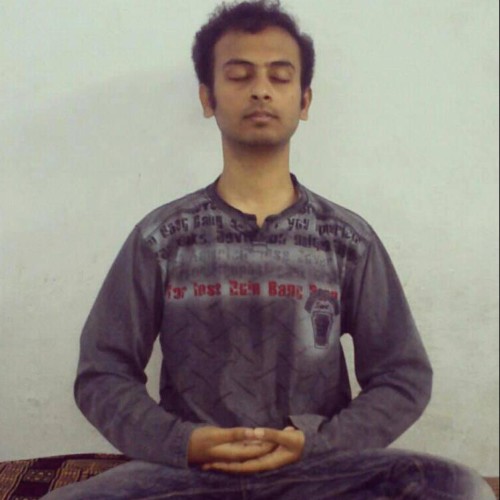 Being gay and genderqueer is not common experience to most in their growing years. 10 years ago, when I discovered my distaste for the Maa Behen ki Gaalis was not because I was more evolved, but because I was in fact a homosexual, it was something that shook me. I didn’t want to be the freak. My weak frame and my annoying intellectualism already set me apart, and lord knows that wasn’t great. Every day was a battle against bullies. To the effect that even during my abuse at the hands of my classmate, I kept shut. I didn’t want to tell anyone, lest they discover I inclined to enjoy the sort of acts that I was being coerced into in the classroom.

Then at 17, I discovered the LGBTQ community. People who I believed were my family who would never be the bullies I had been running from. With time, I learned to be OK with my sexuality. I made peace with my abuse. And if someone said they didn’t like me because of being gay, I didn’t need them. Unfortunately, the same LGBTQ community has come up with its own breed of bullies. And people who should be able to take to community fora for respite and catharsis are often hounded because they aren’t their splitting images.

Pune is going to see its 7th Annual Pride Parade, with the parents, friends and relatives of queer people being the collective Grand Marshall. The message conveyed, as I interpret it, is the same as it has always been; LGBTQ people are like any other people. We’re professionals at work, neighbors in your town, co-passengers in your trains, and there is nothing odd about us loving someone of the same sex, or being of a different gender than what the midwife pronounced us. We don’t need to be assimilated, because we’re already in your midst, and our sexualities matter as much as yours out of bed. This is the argument against the draconian IPC Section 377 that I imagine Pune Pride has by effect been putting forward. But it doesn’t seem to sit right with several people in the community who have suddenly woken up to a political consciousness irked possibly by the fact that the organiser has barred political and religious slogans, and asked people to dress appropriately.

The same rules applied in 2016, and not a single whimper was heard from any corner of the community. It becomes important for us to ask where exactly this sudden discomfort is coming from. The insinuations that have followed the announcement of the rules with the tentative date come from a certain political vocabulary. Not aligning (much less visibly so) with the political opinion of these individuals is the sin that condemns someone who has been engaging with the grassroots for longer than most neophytes whose paltry list of contributions to the community’s well being is limited to coming out on social media. Someone who has contributed years of his life to educate people about LGBTQ issues, worked to win the community more allies and worked for the well being of transgenders is now being accused of promoting discrimination, and of all things, transphobia! This, while rumbling allegations of affiliation to the right wing. That’s the worst thing one can be in their eyes. Not a rapist, not a murderer, not a child abuser, but a non-leftist.

For a community proto-establishment that has previously whined about the same political consciousness post 2014, and in the same year has seen the very political Kanhaiya Kumar being present in the Delhi Pride, Pune’s Samapathik Trust stands as the outsider. It questions their established anti-establishmentarianism. And insinuations and buzzwords are all they can meet Pune Pride with, as well as those organising and supporting it.

Pune Pride needs to happen for two reasons. One, because it gives a platform to the assimilationist queer individual, be it the man who only wants to go home to his husband and eat some khichdi before plopping into bed, the woman who travels in the packed local to visit her ailing mother-in-law in the hospital while her wife goes home to have a bath and get some sleep, the transwoman who is hoping her presence in the flight home will not attract eyeballs and make her brother uncomfortable and defensive. Not everyone wants to be the centre of political attention, or have to make a point with their presence. At least not all the time. Pune Pride represents the vast swathe of queer individuals who want life to be ordinary. Who want their gender and sexuality to be immaterial to people around them.

Two, because there is far too much political polarisation in contemporary India. It is even more pronounced in the queer community. It is important that we remind ourselves about what commonly oppresses us all. Our enemy is filial rape. Our enemy is forced marriages. Our enemy is bullying in the school, family, workplace and social places. Our enemy is the sense of otherness we have been instilled with, that we are now attempting to recreate ourselves based on political, religious and economic affiliations and identities. Of course, these are not all the issues we face. But they are no less valid. And they’re salient enough to make a common subject of Prides across the nation. It is something a 13 year old needs to see to feel reassured.