More
HomePoliticsGreater participation for a stronger democracy
Politics
Updated: 23 May 2017

Greater participation for a stronger democracy 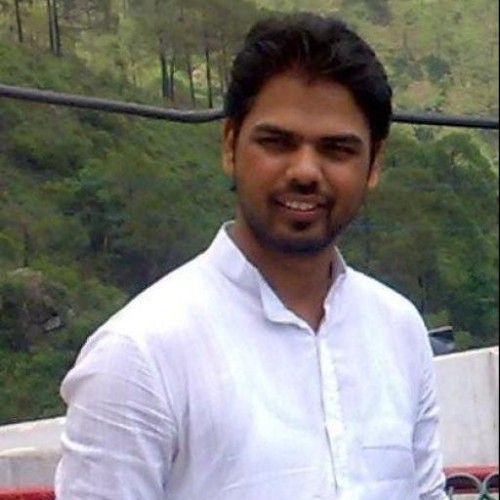 “Greater participation for a stronger democracy” When I came across this slogan of the Election Commission of India, the first thing that came in my mind was: “Do we really participate to make our democracy strong?” For last 63 years since independence the ruling key has been in the hands of ill-informed and self-centered people belonging to one or the other major political party. Many of us don’t cast our votes for the same reason. However, I thought harping on the problem will not help and my responsibility needs to extend beyond getting a finger stained with that indelible ink after every five years.

This thought process resulted in discussion with various youngsters across India and it was felt that a platform is needed where youngsters could represent their society. This platform needs to be free from all ideologies, open for all and should be formed in a democratic manner. After many rounds of discussions, the name Youth Democratic Front (YDF) was chosen through voting.

And then began our struggle to get the front registered as a political party with the Election Commission of India. It is not easy for any organisation to get status of a political party. Apart from the mandatory paper work, the hindrances inherent to our bureaucratic system pulled us down every time we thought we have made it. Many sleepless nights were spent understanding laws and rules pertaining to registration. The office bearers and other core members of YDF belonged to various parts of the country including Andhra Pradesh, Maharashtra, Rajasthan, Uttar Pradesh, Uttarakhand and Chandigarh. Many of them were students while some were working and it was difficult to keep the flock together. Though it was tough for all of them to attend all the party meetings held in Delhi or Hyderabad, commitment to the cause remained the priority throughout.

Meanwhile, YDF started getting involved in various socio-political issues across the country and strongly advocated many issues of national interest. Our membership swelled from just four when we started our campaign in 2009 to around 5,000 by the time we applied for registration. Today, it stands at around 20,000. Along with rising number of supporters came threat calls and allurements from other groups especially youth wings of various political parties since we were addressing their vote bank. However, these incidents only strengthened our resolve to carry on with our mission. Registration of political parties is done under Section 29A of the Representation of the People Act, 1951. The application with full particulars required under Section 29 A (4) of the Act and Registration of political parties (Furnishing of Additional Particulars) Order, 1992 should be sent to the Election Commission of India within 30 days of date of formation of the party. Any application made after the mentioned period is time-barred.

You have to submit a demand draft worth Rs 10,000 on account of non-refundable processing fee along with the memorandum/rules and bye-laws/constitution of your party containing a specific provision that “the party shall bear true faith and allegiance to the Constitution of India as by law established, and to the principles of socialism, secularism and democracy and would uphold the sovereignty, unity and integrity of India”. The copy of the party constitution furnished with the application should also contain detailed provisions about all aspects of the party such as criteria for membership, election of office-bearers, and important committees, duties and powers of the office-bearers, provision regarding disciplinary action, etc.

Certified extracts from the latest electoral rolls of at least 100 members of the organisation, including all office-bearers and members of main decision making organs like executive committee, or attested photocopies of electoral photo identity cards of these members also need to be submitted along with an affidavit that no member of the organisation is a member of any other political party. Similar affidavits are also required from all 100 members.
It was difficult to obtain certified electoral rolls for all 100 members since they belonged to different states and voter I cards of several of them invited objections by the commission. Finally the application was submitted in June 2010 along with all the necessary documents but the commission kept raising one or the other objection from time to time. We were not dismayed by the objections but with the sporadic manner in which they were made forcing us to go through the whole process time and again.

Though the Election Commission is required to issue a notice for objections to the registration within one month of application submission, there was no such response to our application even after a delay of eight months. This also affected our plans to contest West Bengal Assembly elections. We had almost made up our mind to move the court against Election Commission but decided to make a last ditch attempt and wrote a humble letter to the Chief Election Commissioner of India.

Finally, the letter had its effect and the EC gave us a hearing on July 21. I went along with party’s joint secretary Deepak Aggrawal. There were many elderly and affluent people from various parts of the country sitting in the waiting room, who were surprised to see among themselves two guys in their 20s. We had been waiting for this moment to appear before the deputy election commissioner of India and other officials of the commission. They grilled us with questions on the values, Constitution and internal democracy which our party would stand for. We expressed our ideas about the party’s motive not to follow any of the isms prevalent in modern day politics and chart its own path of selfless service to the nation.

The officials seemed impressed and granted us an official identity in a single hearing whereas all other applicants were asked to come for the next round of hearing. This experience again strengthened our belief that to solve a social problem, the best solution has to be adopted after minutely scrutinising the situation without any preconceived bias of ideology. This belief itself serves as our ideology. The 2022 Assembly elections in Uttar Pradesh will see YDF contesting from at least 25 seats and we are sure of leaving our mark.

Suyash Deep Rai is the founder of Youth Democratic Front, a registered (Year 2011) political party. He resigned from YDF from all his posts in 2014 to campaign for BJP (Ruling party of India).