More
Home Opinions Do Not Forget to Declare Loan and Card Payment Over 2 Lakhs in Cash...
Opinions
Updated: 3 May 2017 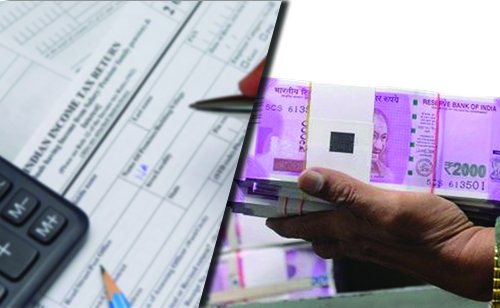 New ITR forms have a newly added column for declaring all the cash payment over 2 lakhs made for credit card and loan bills during the post-demonetisation period. This is mandatory to declare all the cash transaction over 2 lakhs made during the period of 9th November to 30th December while filing income tax return. The government has recently launched new ITR form for the assessment year 2017-18 which has separate columns for declaring such cash transactions.

This new column must be used for declaring any cash payment made to loan settlement or credit card bill settlement during the 50 days note ban period. The intention to introduce his column is to match cash deposit details made during that period with the total income of the taxpayer. All bank loans and credit cards are provided upon furnishing PAN details so any payment towards them can be easily traced by the Income Tax department. The data provided in income tax return filing will be collated with the credit card payment and loan payment details to find out if any payment over 2 lakhs has been made in cash or not during the specified period.

This step is the outcome of strategic thinking to trace black money that has been used to settle down credit card bill or loan payment. This also associates concern of tracing black money settlement done by using credit cards for heavy purchases during the demonetisation period. After the demonetisation announcement, Indian citizens were given a 50 days’ window to deposit all banned notes into their bank account. It was a last chance for the tax evaders to declare their black money by paying a tax at 50% rate.

However, the column related to declaring cash transaction over 2 lakhs is clearly an attempt to find the tax evaders. Although, officials from IT departments has made it clear that these columns for declaring cash transaction will not be there in the ITR forms from next assessment years. Also, it has been reflected from official releases that ITR forms will be modified according to the needs every year. Also, the types of ITR forms have been cut down from nine to seven this year by the Central Board of Direct Taxes (CBDT). Along with new columns, there are many other changes have bene introduced this year for income tax return filing. Now linking Aadhaar card with PAN card is mandatory for the taxpayers. Those who have not received their Aadhar number yet can quote their Aadhar application reference number in the ITR form for this year.

The impact of this strategy:

These new ITR forms and the rule for declaring cash transaction over 2 lakhs during the demonetisation period is an initiative taken by the government purely to trace the tax evaders. The IT Department will scrutinize ITR forms by matching details with PAN linked account to trace all the tax evaders. In this way, all the tax evaders who had settled down black money through credit card and loan payment will be traced now.