Help us to help you: A doctor’s plea 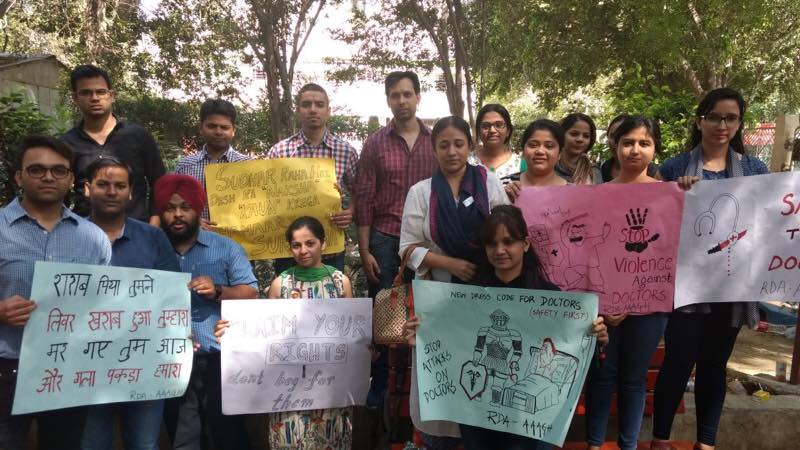 Ever seen a real doctor say “unko dava ki nahi dua ki zarurat hai”? Why do u think it’s like that? Because a real doctor keeps trying.

Imagine such a scenario, it’s even hard to fathom the possible consequences following that. As a doctor working at a govt. establishment, people like me face numerous hurdles. The insane working hours, the lack of infrastructure, the stereotyping, sometimes pressure from seniors, inadequate salary, and mental harassment.

Clearly it wasn’t enough, so the angle of verbal and physical abuse has been added recently, may be because the doctors are (?were) compared to God, so they can withstand any kind of torment that they face. What’s disheartening is the fact that certain people try and justify these incidences ‘the doctor must be at fault’!

When did the society change its perception of doctors to such an extent? The tall claims made for political benefits aren’t helping. Political leaders take pride in declaring that all the facilities and drugs are provided free here (in govt hospitals), when they aren’t even aware of the condition inside and the infrastructure in function. And we become the scapegoats, as a result.

Whatever may be the situation whatever may be the reason, physical assault to a doctor on duty can never be justified. What have we become as a society? Are we goons? Let this madness end. We have taken the Hippocratic oath, we want to help you. Do let us help you. We just expect a bit of patience from the society. The doctor you assault is also someone’s dear one.
-@juhieye