Long back, a friend told me that William Shakespeare once wrote “What’s in a name?” and under this statement mentioned his name. For some reason, the controversies on Saif Ali Khan naming his son Taimur reminded me of this school joke.

In the past 2 days, I’ve read many articles on Taimur, some opposing it vehemently and some vehemently opposing all those who are opposing it. There are two contrary viewpoints:

1. Why should parents be questioned for naming their kids. They are free to name whatever they want, say Twitter, Facebook, Kamal R Khan.

“My object in the invasion of Hindustan is to lead an expedition against the infidels, to convert them to the true faith of Islam and purify the land itself from the filth, infidelity and polytheism.”

People who are outraging against the name have the viewpoint that there should be a cultural sensitivity. Kareena Kapoor says that Saif is a very good historian. So he must be aware of the historical connections of Taimur and India.

Between these arguments, I also came across thin interesting article by Shoiab Daniyal of Scroll. I have often seen Shoiab Daniyal twisting stories, but this particular article was hysterical.

Daniyal boils down the controversy to “Hindus suffering from Mass Inferiority due to thousand years of Slavery”. Slow claps for him, I must say. And as you read more, you will find that Daniyal has linked it to BJP. This time I stood-up and gave him a Roadies Salute. 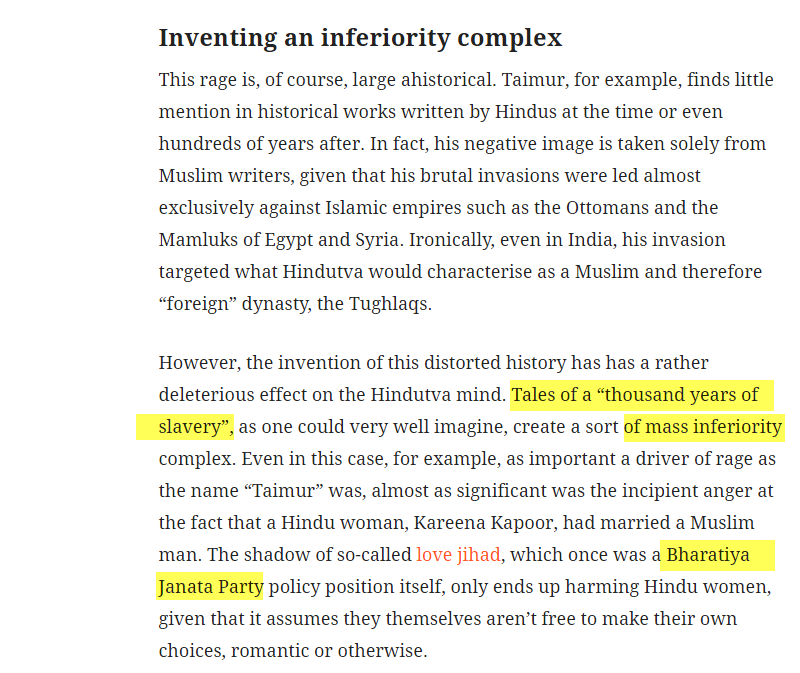 Internet spares no one. OpIndia guy Bhak Sala posted a tweet which exposed the double-standard of Daniyal.

So just few days back, this guy Daniyal was embarrassed to see a blood bank named after a Thackeray. Embarrassed for seeing a name? Was Daniyal embarrassed because of his mass inferiority? Does this hatred expose his bigotry?

In most human cultures, blood-bank is an unambiguously a helpful establishment. This moral framework does not, it seems, apply to some sections of media and social media.