Right To Education – An alternative reading 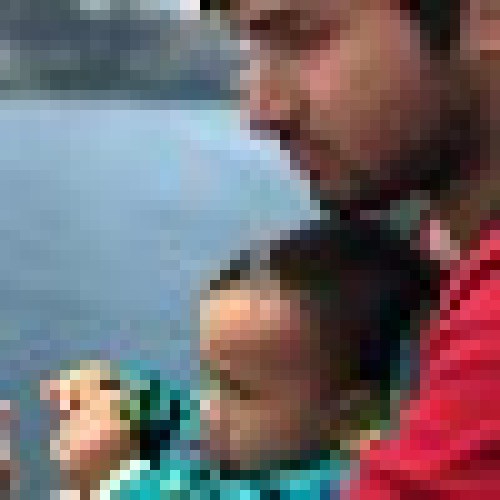 India has come a long way since Independence, from a beleaguered nation post partition in 1947 to one of the fastest growing economy in 2016. But like in most other fields, India is always playing catch up in the field of education.

Kapil Sibal during his speech in Lok Sabha in July 31st, 2009 while introducing the Right to Free and Compulsory Education Bill, spoke about how literacy rate in India jumped from 14% in 1947 to around 64% as per the census of 2001. That’s a remarkable achievement for a country that is considered to be a poor nation.

But that still leaves us with over 1/3rd of the population illiterate, apart from the growing concerns of quality education in a fast changing world. In such an environment, the UPA Government introduced the much touted RTE Act. The aim of the legislation as stated in the statement of object and reasons says “the proposed legislation is anchored in the belief that the values of equality, social justice and democracy and the creation of a just and humane society can be achieved only through provision of inclusive elementary education to all”. Several educationists and policy makers over the years have highlighted its successes of how the bill helps the poor get enrolled in schools, how it helps push better infrastructure in schools, improves teacher quality, reduces stress in children with the no detention policy, ensures affordable fees for students and free education for the disadvantaged, getting Dalits/SC/ST into the school network etc.

But no one points to the elephant in the room – RTE Act denies all the above listed benefits of the legislation to minority-run schools. They say in a sugar-coated way that minority schools are “exempted” from RTE, but in reality, minority institutions are intentionally kept out of RTE by an oppressive, majoritarian, soft Hindutva state.

Now you may ask why would UPA which prides itself in championing minority rights and secularism, cave in to a Hindutva agenda?

Going back to the Lok Sabha debate on RTE in 2009, while Kapil Sibal was insisting on 25% EWS (economically weaker sections) quota to be applicable to minority institutions, BJP MP Kirti Azad made an aggressive intervention, raising doubts on the constitutionality of it . “You have not excluded minority schools” were his exact words. The current HRD minister Prakash Javadekar was part of the RTE rules committee when RTE was drafted. Surprisingly, even Owaisi, a champion of Muslim rights fiercely argued with Sibal in Lok Sabha against the application of 25% EWS quota on minority institutions. Such self-appointed leaders of communities who always put power over of resources and institutions before welfare of people are the bane of this nation.

Look at how the BJP Governments in different states are giving unprecedented attention in implementing the RTE efficiently, upgrading standards of Hindu schools, while RSS indulges in history distortion in the textbooks.This has resulted in a generation of innocent kids studying in Hindu schools incentivised by state to subscribe to a totalitarian and majoritarian world view.

In June 2015, 10 minority schools were shut down due to lack of Government support in Maharashtra .

Lakhs of convent schools, madrassas have been invidiously, by design, denied these benefits offered by RTE. According to Sacchar Committee report, literacy rate for the age-group of 6-13 yrs (which incidentally is also the focus of RTE), of Muslims is 74.6% which is less than that of SC/ST in the same age-group (74.7%) and is 15% less than the corresponding literacy rate of the Hindus in general category. The RTE Act, instead of bridging this divide is designed to do the opposite. While the Indian state, which calls itself, secular, unabashedly gives exclusive privilege to Hindu run schools, it leaves the minority schools in the lurch.

While the BJP and Sangh Parivaar plays caste politics by pushing for Dalit/SC/ST quota in Aligarh Muslim University, it turns a blind eye to the law which in effect establishes a variant of apartheid on minorities in our so called secular nation.

At a time when the New Education Policy draft has been released, and is being widely discussed in country, one cannot miss the criminal silence of the HRD Minister, who is an RSS man, on the issue of extending RTE to minorities. It’s time for the country to unitedly implore the HRD Minister and our Prime Minister – does Sabka Saath Sabka Vikaas not include the minorities? While we cheer GST calling it “One Nation One Tax”, it’s time we have “One Nation One Education policy”. It’s time we remove all constitutional obstacles (93rd Amendment), and extend RTE to the minorities. That’s when we can truly call ourselves a secular state.