More
HomeOpinionsAfrica can learn from India to shape its future
Opinions
Updated: 16 June 2016

Africa can learn from India to shape its future 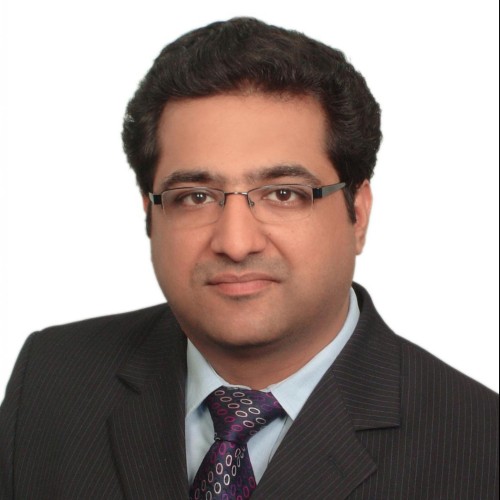 Africa is the youngest continent on Earth, with a median age of less than 20 years, presenting it with either a choice of its unemployed youth getting embroiled in terrorism, joining rebel groups and crime or contributing handsomely to their countries by a demographic dividend in form of mass development and economic growth. Africa can learn from India to shape its future.

An impressive aspect of Africa is that it’s a land rich in minerals (90% of world’s cobalt, 90% of platinum, 50% of gold, 98% of chromium, 70% of tantalite, 64% of manganese and 33% of uranium) with the virgin preserved environment. It is also the world’s 2nd largest and 2nd-most-populous continent. It accounts for about 15% of the world’s human population.

But it unfortunate that the decolonisation process is still going on in many countries of Africa, with pulls & pushes from France (in Francophone countries), the West (US and EU in some English speaking/ Christian countries) and Saudi Arabia/ Iran in Arabic/ Muslim countries – while the role of UN Peacekeeping missions is benign, but often foreign Government’s interventions have proven destructive – case in point being fall of Muammar Gaddafi roiling Libya in a civil war (just like Iraq, with fall of Saddam Hussein).

I would aspire to shape Africa’s future by looking at the glass half full – I suggest below few solutions – political, social and economic.

The world has seen 30-year miracles – the way Japan, then ASEAN nations, recently China and now how India is developing exponentially. They were able to do so on back of not only demographic dividend but also capacities in export-driven IT/ Manufacturing and FDI (Foreign Direct Investment) flows in stable political and macro-economic regimes. Africa has a chance to pick the best of worlds and make a quantum leap towards development.

Political: For one, I would model the African Union (AU) on the lines of ASEAN (Association of South East Asian nations). It is the unsaid rule of world order that without interference of an outside force, the nation state, as defined in current terms, won’t face an existential issue. Many African countries want to create a United States of Africa. Not only will this provide much needed political & macro-economic stability, but will also serve as a unifying force for a continent which was arbitrarily divided in countries over a map on a piece of paper, by colonial powers. Defence costs of African countries will also come down with a common Army.

The vital inspiration of political future of African countries lies in the developed countries themselves – EU nationals can trade and travel seamlessly between its member nations, US-Canada have open borders – such top down thinking needs to pervade AU in shunning outside interference (when not needed) and uniting the continent on lines of democracy with strong governance provided by independent Institutions like Legislature, Judiciary and Media. (The sad part is that some of these developed nations which have connected seamlessly with each other to enable each other’s development, are the one’s usually obstructing the same path for African and Asian nations).

Social: Thinking of Africa – what comes to mind is extreme poverty, dictatorships, underdevelopment and mal-nourishment, child trafficking, AIDS, neo-colonialism, genocide and all such ills which make it to the bottom of all Global Human indices. Making full use of the demographic dividend would, first of all, necessitate capacity building in science and innovation with concurrent commodification and commercialisation of knowledge. It would also mean imparting skill based training in industrial tools, software, foreign languages, accounts, taxation, commerce and other fields which lead to professional and vocational employment in manufacturing and services companies.

Africa could take a leaf out of India and Philippines which developed offshoring industry on the back of a population which speaks English. It can do the same with its English, French and Arabic speaking populations.

Africa should aspire to create a welfare state on the lines of the European nations but pass-through of subsidies and cash transfers would meet the huge wall of corruption. It could take a solution for this from India, (which is trying bold financial inclusion) – open zero balance accounts like the 250 million Jan Dhan accounts in India and deposit targeted subsidies.

India’s RTI (Right to Information) Act is an example of empowerment of Africans to curb prevalent red tape and corruption in the continent.

Instead of exporting raw materials to manufacturing super powers like Germany, Japan and China and then importing finished goods (resulting in loss of Forex earnings), African nations should create incentives to create manufacturing in their own countries, like tax free conclaves, simple land acquisition laws, transacting Government business online, speedy approvals as well as fast and easy availability of power and water.

There are green shoots indeed visible in some African nations – the rapid development of world class infrastructure in Nigeria or the tremendous success of mobile wallets in Kenya (where 80% of all transactions are currently electronic). The development of technological domain would necessitate laying of Optic fibre and imparting of IT know how, which should give exponential returns through international trade, given the central position of Africa on the world map.

Africa can leverage its huge Oil and mineral reserves to generate profitable projects, but keeping in mind the case of Venezuela, where an overly Oil-dependent economy lies currently in ruin (with falling Oil prices) because it didn’t diversify and re balance its economy in time. While it has been a recipient of multilateral assistance in form of loans from World Bank or IMF (International Monetary Fund) – in the long term, however, Africa should strengthen the African Central Bank and African Investment Bank, both working under the aegis of AU.

However, it is the virgin environment, which is so critical for Africa to preserve, in the developmental process. Flora and Fauna is the mainstay of African economy, and it should only be consolidated. With signing of the Paris Accord for restriction on greenhouse gas emissions, availability of ample round-the-year sunshine in Sahara, regular cross-ocean windy domains, Africa would do better by setting up huge capacities in Solar, Wind and other renewable energies. Africa can even prove to be a leader in environmental preservation by adopting nature-sensitive methods for modern industry (under discussion since many decades), like Environmental Accounting and Auditing.

The most vital opportunity in front of Africa is to adopt Best-practices from developed nations and customised solutions from developing countries, wherein it can straight away jump to latest technologies, bypassing the defects of obsolete systems and processes – For example, it may adopt Euro VI vehicle emission norms, jump to 4G telecom networks, manufacture ioT (Internet of Things) white goods and even participate in early development and adoption of robots/ AI (Artificial Intelligence).

Another way could be to create capacities in manufacturing and services and then based on its strengths, enter into FTA’s (Free Trade Agreements) with regional trade blocs. This would solve the problem of high custom duties, which foster corruption and hinder creation of a consumerist society and globally-linked supply chains, so vital to create a manufacturing and services driven economy.

As a scene in the Hollywood blockbuster movie Blood Diamond showed – in a completely burnt and abandoned village, the last man standing amidst wanton destruction by Diamond mafia, innocently says to the protagonist – “Thank God they only found diamonds here, not Oil, else what would have happened”!

It doesn’t have to be this way – The opportunity for the cradle of civilisation lies in turning its vast environmental and human treasure into economic success, made a reality by the will of its leadership on back of strong and independent institutions working in a truly democratic framework. That would be the right learning from India and certainly make this an African century!