Why secularists in India are most communal 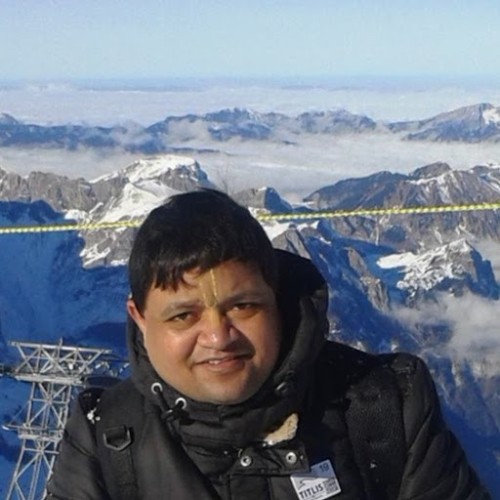 Purushottam Kumarhttp://krishnamagic.blogspot.co.uk/
I work in a software company. I have done Computer Engineering and MBA. I am a keen reader of Vedic literature like Bhagavad Gita, Srimad Bhagavatam, Chaitanya Charitamrita and other holy books. I love writing articles and publish it in different forums.
Facebook
Twitter
Telegram
Email
WhatsApp
606

A day before holy, a mob of around 15 people dragged Dr Pankaj Narang from his house in Vikaspuri, Delhi and beat him brutally with iron rods, cricket bats and whatever they could grab. Dr Narang begged the mob which was led by Naseer to forgive him, his wife and his brother in law begged them to spare his life. And while the mob was fearlessly beating Dr Narang, his 9 year old son was witnessing everything.

Dr. Narang died; his brother-in-law was hospitalized suffering injuries while trying to save Dr. Narang’s life. His wife is in shock and his son, now bereft of his father, still may not understand why his father was killed.

The media reported the incident and tried to present it as an incident of “road rage”. Instead of condemning this gruesome murder, many secularists were at pain to explain that this should not be given a communal colour. And soon they forgot the murder and started bashing Hindus blaming them for giving communal angle to a “minor” incident.

But since the victim was a Hindu so India’s famed Hindu bashing secularists called for restraint. But they did not call for caution while reporting incidents when the victims were non Hindus. When Christian nuns were raped in Bengal then the media went hammer and tongs reporting that Hindus were involved. But later it was found that Bangladeshi illegal immigrants were involved.

When there were few cases of minor thefts in churches in Delhi then again the seculars cried loudly that Christians are under attack by Hindus. When Akhlaq was killed by a mob then for weeks and months in news studios and in newspapers it was the hot topic of discussion. The message disseminated was that Muslims in India are under attack.

Arvind Kejriwal who lives just few kilometres from the house of Dr Narang did not have time to visit his house but he immediately rushed to meet Akhlaq’s family members. Rahul Gandhi without any delay went to JNU to stand with those few students and faculty members who participated in the event where anti – India slogans were raised but he did not have time to show sympathy with the family members of Dr Narang.

Hindu bashing secular brigades have mastered the art of filtering out the incidents where Hindus can be portrayed as villains. Any incident even though it may be insignificant is picked up and blown out aggressively. But if the incident involves non Hindus then there is a deadly silence. So we see the killing of RSS members in Kerala is a no news, murder of Prashanth Poojary is silently justified, Malda violence is downplayed.

The Hindu bashing secularists are most communal and have played and are playing a very important role in dividing the Indian society.  There is no denying the fact that no attempt should be made to harm the communal harmony and every attempt should always be made to douse the communal tension. But the question is why it is selective? Why is it that when a non-Hindu is killed then there is outrage but when a Hindu is killed then there is deadly silence?

India will become truly secular only when:

India will become truly secular only when the Hindu bashing secularists are thoroughly exposed and shamed. All Indians will start living peacefully only when reverse discrimination against the Hindus are stopped and no one is allowed to insult the religious beliefs of any individual including that of the Hindus.