A grand welcome was given to both Prime Minister when they touched down at the Lal Bahadur Shashtri International Airport at around 4:30 PM. They were received by Uttar Pradesh Governor Ram Naik and Chief Minister AkhileshYadav. 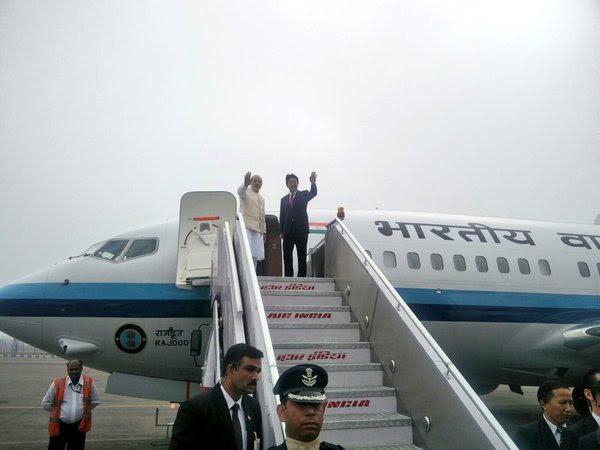 Memorable moments of the day as the visit turn out to be grand affair.

Japan Prime Minister announced that a Convention Centre will be built in Varanasi with Japanese assistance. This will surely enhance cultural-spiritual bonding of two nations. 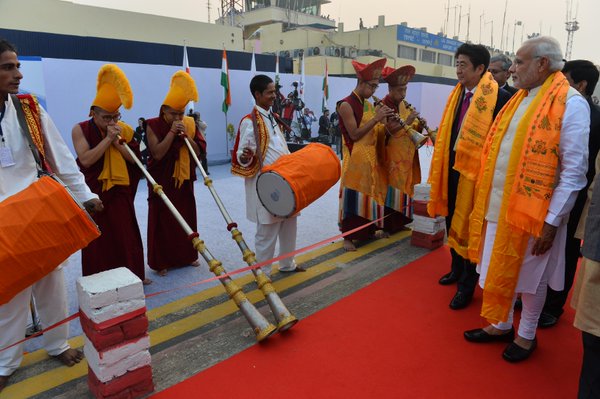 Sound of music at Assi Ghat Banners, Welcome Hoardings everywhere!
All the major crossings have been cleaned and decked up to welcome Modi and Abe. One just cannot miss the ‘Welcome boards’, made up of flowers, installed in most localities where the two dignitaries are likely to visit. The hoardings also carry welcome messages. 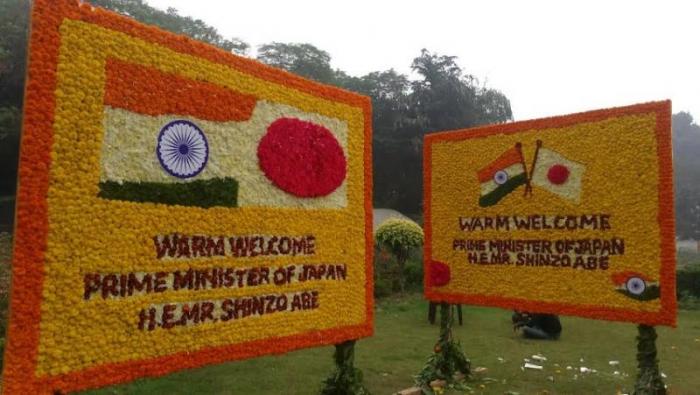 Locals have also decorated their house and shops with Modi and Abe’s posters and flags of both countries. 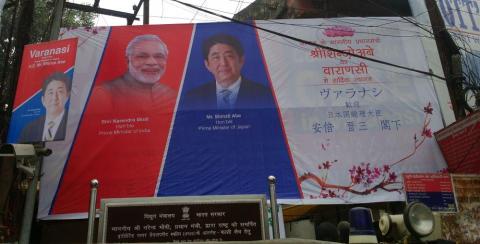 The ‘key’ to Varanasi

As per the traditional customs, whenever a foreign chief visits the temple city with the country’s PM, mayor gives him the key to enter the city and while returning the country’s representative returns the key. The tradition is being followed for Modi, Abe visit too by Varanasi Mayor Ram Gopal Mohle. 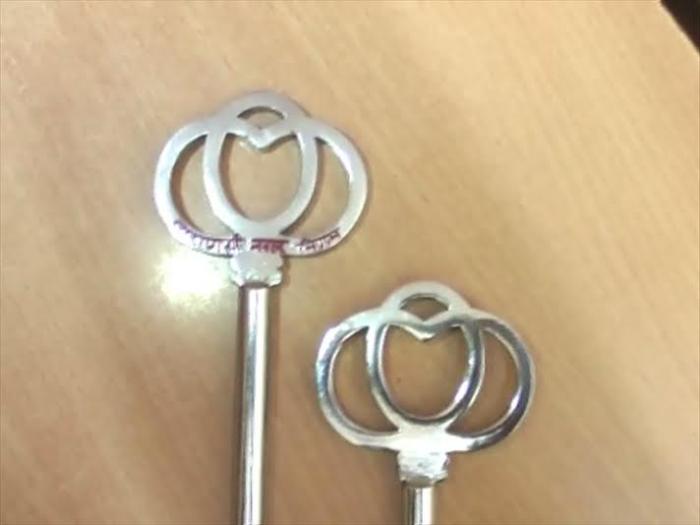 With heightened security arrangements, historical Dashaswamedh Ghat has turned into fortress. For the special Ganga Aarti organized for Modi and Abe, nine priests instead of five performed it while 18 young women in tradition attire assisted them. Beauty of Ghat is truly awesome. 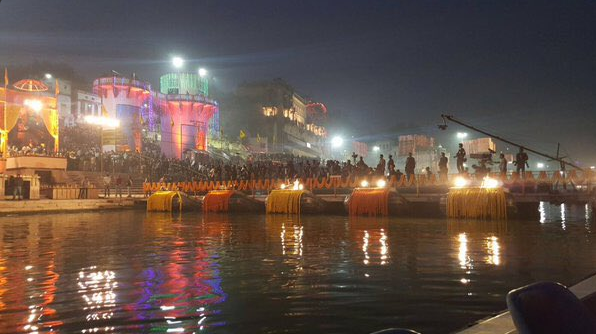