Still a long road to equality 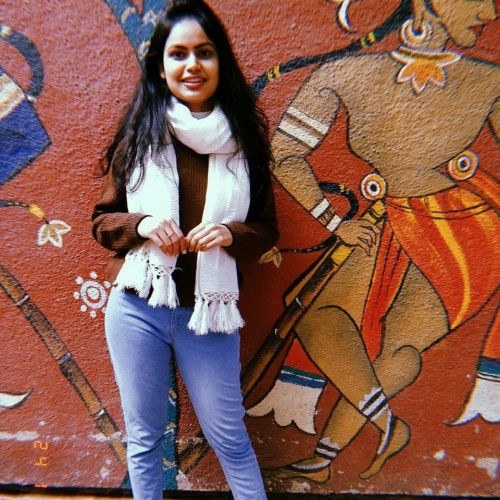 Lesbian, Gay, Bisexual, Transgender, and Queer (LGBTQ) rights in India have continued to evolve. However, members of the LGBTQ community still face social and political ambiguity and partial-acceptability in certain capacities.

Recently, the Ministry of Defence rejected filmmaker Onir’s script for a feature film based on the life of a gay Major of the Indian Army, who quit service, because of his sexual identity. Onir wrote on Twitter, “As a society, we are a long way from being treated as equals.” He also stated, “I wrote this script based on a story that is in the public domain. 56 countries in the world have recognized the presence of the LGBTQ community in the Army. It has taken years for women to find space in the Indian Army. As a film-maker and queer rights activist, I need to be able to tell this story,”

This compels us to question whether the Indian Armed Forces are still conservative to deny the basic constitutional guarantees to the individuals solely on the grounds of sexual orientation. In this piece, I endeavour to answer the questions or concerns around this issue.

The US’s DOD’s Policy on Homosexuality (1992) stated, “Homosexuality is incompatible with military service. The presence in the military environment of persons who engage in homosexual conduct or who, by their statements, demonstrate a propensity to engage in homosexual conduct, seriously impairs the accomplishment of the military mission. The presence of such members adversely affects the ability of the Military Services to maintain discipline, good order, and morale; to foster mutual trust and confidence among service members; to ensure the integrity of the system of rank and command; to facilitate assignment and worldwide deployment of service members who frequently must live and work under close conditions affording Criminal privacy; to recruit and retain members of the Military Services; to maintain public acceptability of military service, and to prevent breaches of security.”

In September 2018, The Hon’ble Supreme Court of India passed the historical judgment when it declared Section 377 of the IPC as unconstitutional. The Supreme Court stated in its decision that Section 377 constituted a blemish on a homosexual person’s right to equality, as protected by Article 14 of the constitution.

Within India’s borders, Article 14 of the constitution guarantees all the people equality and equal protection under the law. Any law that violates Part 3 of the constitution will be considered null and invalid. If this Article were read in isolation, regulations prohibiting homosexuals from serving in the armed forces would be declared illegal. Article 14 can be interpreted in conjunction with Article 33, which allows the Parliament to pass laws that violate Part 3 for members of the armed services as long as it is required for the appropriate fulfilment of their duties and the preservation of discipline among them. Although this section permits legislation to be passed that violates basic rights, it might also be used as a justifiable categorization, preventing the application of Article 14 to the entrance of homosexuals into the armed forces.

Possible reasons behind exclusion of homosexuals in the Indian Armed Forces

There could be a few grounds that prohibit the admission of homosexuals in the Indian Armed Forces. Firstly, it could be some amount of discomfort that other members of the armed forces may feel around homosexuals. India’s first Combined Defence Services Chief, Lt. Gen. Bipin Rawat said at a press conference in 2019, “We are not modern…we are not westernized…we shall see what happens twenty years later”. As we continue to evolve as a social collective, for the LGBTQ community, there is still no complete comfort in the space that people share with the community.

Secondly, we still have a long way to go in recognizing and treating homosexuals as equals, which could be another ground for not allowing them to join the Indian Armed Forces. The integrity of the rank and command (as of yet) may not be taken as seriously in the case of homosexuals as are taken in the case of heterosexuals. The supremacy of the heterosexual members of the Indian Armed Forces may become dominant which could push the homosexuals into their shells.

Thirdly, homosexuals may be subjected to anti-social problems like bullying and blackmailing. Sometimes, it may not be easy for homosexuals to be open about their sexual orientation, which could put them on the edge of being teased.

Fourthly, the majority-minority gap between heterosexuals and homosexuals could lead to forming of two sub-groups, internally, which could adversely affect the foundation of unity or cohesion in the armed forces.

The debate around homosexuals serving in the armed forces is not new. While some countries have allowed them to join the forces, some have still a long way to go. The Hague Centre for Strategic Studies (HCSS) published the first and only LGBT Military Index study in 2014, which assessed nations based on the presence of lesbian, gay, bisexual, and transgender persons in armed services. New Zealand topped the report, to be the most gay-friendly nation among the 100 surveyed countries. Britain and the Netherlands were ranked second. Sweden ranked third, followed by Canada, Australia, Israel, Belgium, France, and Spain. The US ranked relatively low at 40th out of the 103 countries. India was ranked seventieth, which is below countries like Liberia (38), Sierra Leone (47), Congo (49), Rwanda (52), and Nepal (55) in terms of tolerating homosexuality in its armed forces.

In 2011, the then US president Barack Obama rolled back the historical Don’t Ask, Don’t Tell policy, which came into existence during the Clinton Administration on February 28, 1994. The DADT policy could not force a person to reveal his sexual orientation to the military personnel. After withdrawing the policy, Obama said: “As of today, patriotic Americans in uniform will no longer have to lie about who they are to serve the country they love.” The UK lifted the ban on homosexuals from joining its Armed Forces on January 12, 2000. Russia considered homosexuality, a crime in 1993. However, in 2003, it allowed homosexuals to join the Russian Army. There are several other examples, which I may be unaware of, where countries have not allowed sexuality and will of an individual to become alternatives of each other to sacrifice, to serve his country.

Experts’ views on the matter

Over the years, many scholars, research groups, and organizations have sought to put forth, a balanced picture of the inclusion of homosexuals. In the book titled ‘LGBT Military Personnel: A Strategic Vision for Inclusion’ by Joshua Polchar, Tim Sweijs, Philipp Marten, Jan Galdiga some key findings on the matter have been highlighted, which are as follows:

Also, the morale of the individuals in the armed forces is feared to be affected by the inclusion of homosexuals. This could directly or indirectly harm the effectiveness and efficiency of the forces. However, studies suggest that the presence of homosexuals has no necessary negative impacts on them. Sexual orientation has not scientifically shown any inevitable effect on individuals’ work ethics. A RAND study showed that it is unfair to presume the presence of homosexuals to (necessarily) degrade the atmosphere in the forces.

With changing attitudes of the people towards the LGBTQ community, studies show that it is now not very frequent that people feel a sense of discomfort by the presence of its members. However, in a case where some members of the armed forces may feel uncomfortable with their homosexual colleagues, it has been found to have less or no impact on their overall performance. This could be because a part of the training of the armed forces requires the servicemen to perform their best, along with or alongside each other, irrespective of their social, economic, and sexual backgrounds. Also, with growing acceptance for homosexual individuals, there is, now, the scope for lesser incidents of blackmailing, bullying, and teasing them.

Another very important aspect is the idea of unity or cohesion, which is deemed to be affected in the presence of homosexual individuals. Evidence drawn from studies shows no alteration in the cohesion of the armed forces with the inclusion of homosexuals.

As far as India is concerned, homosexuals and the LGBTQ community at large have been victims of prejudice and social stigmatization across all domains of life. Even though sexuality is a subjective choice, the view that it is socially acquired has been common in the majority of the country’s population. While a section of the population still grapples with the complete welcome of the community and fully acknowledge its dignity as well as equality alongside other communities, it is high time when the LGBTQ individuals get equal opportunities to serve their country regardless of the social impediments that still pose hurdles in their lives. With all the concerns that surface regarding their enrolment in the Indian Armed Forces, effective recruitment and training policy that enforces zero-tolerance towards any kind of discrimination can help develop reverse the negative behaviour of other individuals towards their homosexual colleagues. The change should come from within. The idea of modernization should not be just aligned with technology, lifestyle, weaponry, etc but also, extended to mind-set, which is the core of all actions and their consequences.

The views expressed here are personal.