More
HomeOpinionsSeafarers: 'Ever given' a thought?
Opinions
Updated: 31 March 2021

Seafarers: ‘Ever given’ a thought? 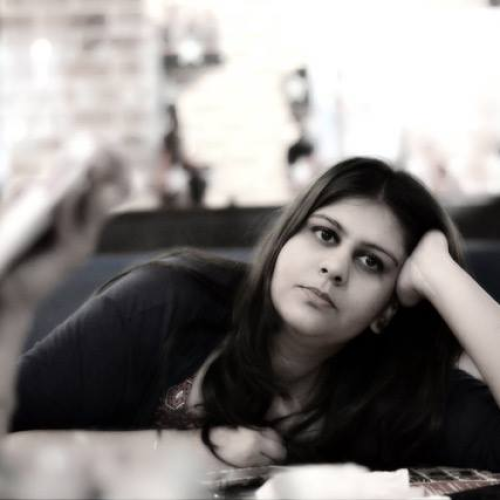 The Suez Canal, one of the most important waterways of the world, was ‘traffic-jammed’ after Ever Given, a container vessel, was grounded. Why was the world so concerned? After all, it was just a ship blocking some other ships, and there were some sailors onboard these vessels. Here’s why:

The world is bleeding millions every day. This is the only reason why a ship has become priority.

It is sad that it took a canal to be blocked to get people talking about ships and the shipping industry. But, even now, no one is talking about the sailors.

In March 2020, after COVID-19 was declared a pandemic, countries went into lockdowns, flights were halted, markets shut down and economies crashed. But for the shipping industry, it was business as usual. Seafarers, despite the fatigue and uncertainty, kept up global supply chains. Washington apples, imported cars, branded clothing and footwear, and vaccines and ventilators, continued to reach consumers. ‘People have no idea about the mental fatigue sailors goes through. With the amount of rest we get, and now the extended contracts, it’s mental torture, often without an end date in sight. We have to live with the same set of faces for months on end,’ said Sarfaraz, a sailor employed with one of the world’s biggest shipping companies.

Governments don’t want to take risks with people who come from ‘outside’, even if they are citizens. Consequently, crew changes are affected. Even today, seafarers are stuck at sea and land; some awaiting sign-off, others waiting to sign-on. It’s not just them. Their families, too, bear the impact. Do the math about the number of people impacted.

‘Companies are constantly cutting down on costs in various ways, which compromises on rest and adds to mental and physical fatigue. At times, cost-cutting impacts machinery and equipment, which if not repaired leads to more breakdowns and adds to the cost of functioning,’ Sarfaraz added.

It is March 2021. Not much has changed for the seafarers. Many countries are yet to declare them essential workers. Crew changes are still tricky. Being stranded at sea for months is becoming the norm.  Vaccinating them is still not a priority.

‘If sailors are considered the second line of defence, why aren’t we a priority? Why are we seen as corona carriers, why not corona warriors? Vaccination is based on the level of exposure and we see a lot of it,’ says Sarfaraz.

The funny thing is that while sailors are joining ships after submitting endless paperwork and spending days in quarantine, jetting off to take a vacation is just a matter of hours. In fact, how many of us, except those who know sailors personally, have even a faint idea about what they do for us each day (think about all your online orders of clothes, accessories and shoes, and bigger things like LNG)?

‘Countries have different sign-off and sign-on procedures. In fact, a sailor who has medical issues might not even be allowed to set foot on land. They are more likely to be given advice over a video call, even if the ship is in port,’ said Nishant (name changed), a sailor employed with a leading shipping company.

What if, just for two days, all sailors decided to not work? Yes, sailors sign up to stay away from their families for months, but is that justification enough?

‘People and the media lap up conversations about who in Bollywood is doing drugs and what a certain actress tweets. But there is no conversation about us and the hardships we endure. In fact, I am tired of hearing stereotypes like “drunk sailors” and “you guys party on the ship”. It’s a professional environment. We are there to work,’ Nishant added.

The crew change crisis has been dubbed a ‘humanitarian crisis’ and with good reason. Initiatives like the Neptune Declaration are what the seafarers are clinging on to.

‘Like the aviation sector, seafarers too need to have high IQ and EQ. We have to be prepared for any and every emergency. Just because you don’t hear about us often doesn’t mean we have it easy,’ says Sarfaraz.

Here’s a parting thought: Imagine going to work one day and not knowing when you will be home again. Now imagine battling this uncertainty every day.

(I am the wife of a sailor and an editor with a global publishing house.)