Conflict in Caucasus- An Indian perspective 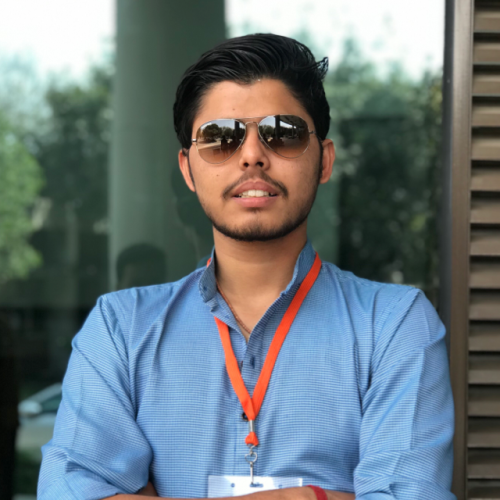 Caucasus is the region between Caspian Sea & Black Sea, south of river Don & Volga. Caucasus region is home to Great Caucasus Mountain Range which separates Western and Eastern Europe. Caucasus can further be divided into two regions i.e Northern Caucasus, also called Cis Caucasus which includes Russian republics of Chechnya, Dagestan, Kalmykia, Ossetia etc. & Southern Caucasus, also called Trans Caucasus which include Georgia, Armenia, Azerbaijan and parts of Turkey and Iran. Recent geopolitical disturbances are centre in Trans Caucasus, hence focus of this write up will be on this region.

Historically Transcaucasia region has been part of Russian empire under Romanov dynasty, the eastern part of this region adjoining Caspian Sea was inhabited by Azeri Shia people of Turkish origin and region adjoining to Turkey was inhabited by Armenian Christians who are part of Eastern Orthodox Christianity. During the period of World War 1, Ottoman Empire carried out genocide and expulsion of 1.5 million Armenian Christians from Turkey and adjoining areas, this has enormous effect on demography of region. With the Russian revolution and fall of Romanov dynasty both Armenia and Azerbaijan declared their independence. Soon after independence Armenian-Azerbaijani war broke out in the disputed districts of Nakhchivan & Karabakh, both were historically Armenian territory. Nakhchivan region was majority Muslim and Karabakh was majority Christian. Ottoman supported Azerbaijan and deputed Enver Pasha along with his newly formed ‘Army of Islam’. This was the time when Russia was also going through civil war under leadership of Vladimir Lenin and Red Army was marching toward the Caucasus defeating White Army.

Sovietisation of Transcaucasian region was consolidated and completed by newly formed Caucasus Bureau under leadership of Jospeh Stalin, People’s Commissar for Nationalities. Stalin was given charge to subjugate and crush all the small nationalities in order to subjugate them into Soviet system. People’s Commissar Stalin was himself a born Georgian and knew the region very well, he completed the given task too soon.

Initially Karabakh region was given to Armenian SSR but later due to unidentified reasons the decision was changed, there is a speculations that Stalin overturned decision of Caucasus Bureau so that there always remain a conflict and no nationality of the two can stand against Soviet system.In 1922, Soviet Union was officially formed by the ‘Treaty on the creation of USSR’ which was signed by four Republics i.e Russian SFSR, Ukrainian SSR, Belarousiyan SSR and Transcaucasian SFSR. Transcaucasian SFSR (TSFSR) was the federation of republics of Georgian SSR, Armenian SSR, Azerbaijan SSR, in 1936 TSFSR was dissolved again into erstwhile three republics by introduction of Constitution of Soviet Union. These three republics of Transcaucasia continued to be the part of Soviet Union till its fall in 1990.

There is a design which we need to understand, the design of subjugation, the design of Islamic fanaticism, the design of expansionism. Nakhchivan (majority Muslim region) which is Armenian land is still ‘de jure’ and ‘de facto’ controlled by Azerbaijan. Nogarno Karabakh (majority Christian region) which is also Armenian land is ‘de facto’ cont by Armenia but ‘de jure’ by Azerbaijan, and all Muslim countries support this usurp of non-Muslim (Christian) land. Now comparing this situation with our UT of Jammu Kashmir – POK/Gilgit Baltistan (Muslim majority) ‘de jure’ our land is ‘de facto’ controlled by Pakistan and J&K where sizeable Hindus and Buddhists live which is ‘de facto’ and ‘de jure’ our land is also claimed by Pakistan, supported by same Muslim countries.

Armenia surrounded on three sides by Turkey, Azerbaijan, Iran and India surrounded on three sides by Pakistan, China, Bangladesh. Noting this situations if Armenia is not a natural ally of us, then who is (In given current situations). We both faced Islamic genocide in history, hence we  should stand in solidarity with Armenians. After nullification of Article 370 and 35A, Armenian PM Nikol Pashinyan openly supported us on Kashmir issue, hence we should reciprocate and support them on Nogarno Karabakh

Geopolitically our only concern is the International Noth-South Corridor (INSC) project which connect Mumbai to Moscow through Iran and Azerbaijan. This project is more important for Russia as compared to us because they need warm waters not us, that’s why we should leave it on Russians, to deal with Iran & Azerbaijan. In his UNGA address PM Shri Narendra Modi strongly demanded more influential position for India, if we want to be recognised as super power than at least we should start behaving like one. Hence its our prime duty to balance the power in region because Turkey is trying to disturb the balance of power between Azerbaijan and Armenia. This region from Ankara (Turkey) to Indonesia is our region/our land which has been influenced and ruled by us in the history hence we should not let any country to disturb power balance.

What’s happening is not just Islamic fanaticism, but lager design of Oghuz Turkic Islamic imperialism. They not only want to expand through Islamaization but also through linguistic and cultural Turkification of the region. This is the reason why Shia Azerbaijan is enemy of Shia Iran but ally of Sunni Turkey. Because they want to create a Pan-Turk empire and subjugate all in the region in order to turn them into Turkish Muslim, there is no sectarian fault in Turk Islamic Fascism.