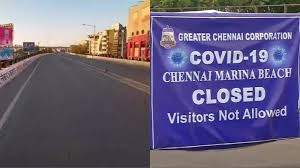 All those who care, watch/listen to this 8 minute message from Dr. Emily Landon, a medical professional on infectious diseases from Illinois. (https://youtu.be/JIA41ZBbCfk). She delivered a simple message as a mother and daughter too. It has gained huge traction and gone viral, as it deserves to. She spoke with passion and her powerful exposition seems to have touched the hearts and more importantly, the minds of her brothers and sisters, across America and the world. She spoke at the invitation of the Illinois State Governor, in the United States, to explain the ‘why’ for the shutdown of the State.

Remember, it is America, the land of the free. Statue of Liberty welcomes one and all, as it is a nation of immigrants. Liberty of the individual shines above all other rights, and that right is never to be trifled with. And the Liberals who always cacophonously remind us of it, saying that societal rights had to yield to the individual’s, as the ordinary American was at the very core of Constitutional values. That is why New York Governor Andrew Cuomo was extremely vary and hesitant to embrace it, until Florida Governor brazened it first. Illinois has followed and other States are due to join.

The US administration has been most reluctant to talk of ‘total shutdown’, like Italy, France, Germany, France and Spain have been constrained to go for. Boris Johnson in the UK is finding it difficult, as even closure of Pubs and Restaurants were protested against. (It is claimed that this never happened even during the Hitler virus. Why now?). Boris has urged children to refrain from visiting their mothers on Mothers’ Day as a ‘gift’ to them, by not being a possible carrier of the dangerous Corona Virus. In Australia, the Bondi Beach was full of revelers, which compelled the Australian Health Minister to take note and ban it from access.

The African continent is just starting to feel the impact, and health professionals warn that the spread could be devastatingly fast, in the face of the density of the populace. We need to juxtapose the call of Prime Minister Narendra Modi, in the wake of these developments, the world over. Media, be it print, electronic, social is overwhelmed with Covid-19 news, including the inevitable #fakenews. News anchors, after adverting to the coronavirus linked news then say “now to news not related to coronavirus”, which is confined to the last few minutes of any hourly bulletin, over news outlets. 90% plus news is occupied by Covid-19. It is that big.

The news is not only health related. The obvious, natural and logical impact is on the economies of the world. Donald J Trump had not stopped proclaiming to the world and his own Base, in particular that “Our economy is booming. The tax cuts I promised and delivered has had cascading impacts by putting more in the hands of the investors, and that means that employment rate is now at its lowest historically. The Dow Jones Index has never had it to good and that is what I promised, when I chose to Make America Great Again”. That is until, Covid-19 hit America hard, out of the blue. Now, the threatened impact on the economy is a negative 20% and unemployment rate has already trebled.

Initially, Donald J Trump, with his typical bravado, repeated ad nauseam that “Coronavirus was a hoax. It is perpetrated as a huge influence by the Do Nothing Democrats’ conspiracy”. And his megaphone Fox Television owned by the Australian media mogul Rupert Murdoch, went to town echoing Trump’s fake lines. They assumed that America was insulated. It was a virus that hit Wuhan and China from the wet meat market selling Bats and Pangolins as delicacies and their own homeland needed nothing to fear at all.

And then as Italy was hit hard, Spain followed, France and Germany took notice and even the Scandinavian nations were not left out, and Trump’s follower Boris Johnson, so to say, was also forced to act, the Trump pivot has been on. A Covid19 Task Force with the Vice President Pence was formed and the medical community and scientists who had been shouting from the roof tops, were at long last heard.

And now the ‘total shutdown’ across 50 States in the US has become a reality. The Florida Governor admonished his citizens for ‘freaking out to the beaches. Grow up, he said. No one is immune. Even if you do not care for your own well being, have a heart and care for others. Your own parents, grandmas and grandpas. Stop this nonsense and get home quick and stay there until we say it’s ok to get out. Let us do our work to flatten the curve before the Covid19 becomes the Spanish flu or the Black Death or the Bubonic Plague, in impact. Let us not mess with nature.”

That is the strong and stern message that Dr. Emily Landon sugar coated to communicate to the hearts and minds of every one. Has the message got home” Are the citizens listening? We will know in a while as the virus is spreading its tentacles, all over the place. Trump’s taunt of China at christening it the Chinese virus, may have resonance over his base it certainly has no sway over the virus. The virus knows no nationality or any other borders. It has no religious, caste, creed, sex differences to catch. The economic bite on USA is biting Trump’s booming American economy, as the US Congress is debating a trillion dollar bail out package, including depositing $1200 dollars to the individual families.

The economic impact this time round is nothing like the 1930 depression or the 2008 sub prime financial crisis. It is far bigger with a humongous drag on the economies, impacting every household, particularly those on the margins, lower middle class and those below the poverty line. Economic theories are going for a toss as the US Fed has reduced the bank rate to Zero- yes Zero. The question now is would they go lower? It is that serious a crisis the world is facing. The British Chancellor Rishi Sunak (son in law of Mr. N R Narayanamurthy) has announced a dole to every family and he has promised more.

We have a different economy and mindset. We are trained and tutored to save. Unlike the westerners all of us, do not look for the pay packet next week for our very survival. Not all of us. We have stored for the rainy day and it is here. That is a huge comfort and subsidy for Modi administration to tuck into, to take care of the needy and poor ignoring the rest above the poverty line. The Middle class matters and surely now, for this very reason. Let it be told loud and big.

It is in such a scenario that Narendra Modi came out with his Janatha Curfew. He is a consummate politician. He knows he has the ears of the majority of ordinary Indian population. But, he has to get over the Media and the opposition noise, which has made it their mission to oppose anything Modi 2.0 comes up with. But, Covid-19 is too serious to ignore. Modi went public on air, to seek the co operation of his Priya Bharatiya to practice Janatha Curfew voluntarily. It was no Bandh. No forced shutdown. In Italy and Spain, the Police and Army are enforcing the lockdown. Not in India.

In Netherlands and Denmark, the Police are imposing fines on citizens who are defying such shutdowns. In India, Narendra Modi knew it would not sell to impose from above. Immediate response would have been to defy and dissent, as it was ‘their democratic right to do so’. Instead, he has appealed to the moral conscience of We The people, which has a cultural connect of being in the DNA, no matter the denial from the naysayers. The result is the Janata Curfew on 22nd March, 2020, on Sunday, which the world networks are talking about as a ‘successful and effective shutdown worthy of emulation elsewhere’. We obliged Modi to heed his call. We may need to continue to, as long as this threat lasts. Would We? But he needs to respond with an economic package to particularly take care of the poor and the vulnerable. Would he?

(Narasimhan Vijayaraghavan-author is practising advocate in the Madras High Court)