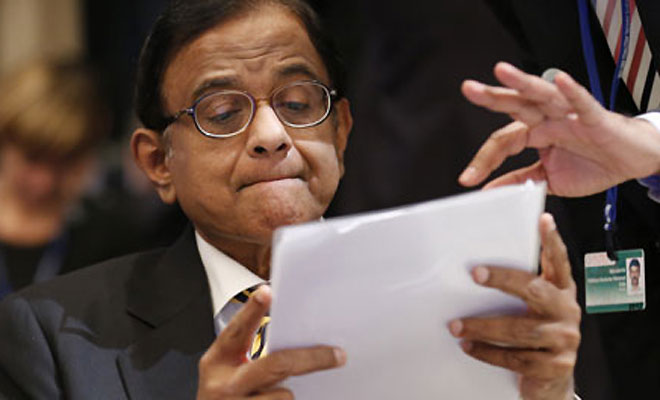 The massive hide and seek drama embroiled around the arrest of P Chidambaram, former Home and Finance Minister of India by CBI and ED has in fact maligned the image and reputation of the Congress party.

It was believed that P Chidambaram may get anticipatory bail on Wednesday (August 21 2019) from Honourable Supreme Court but the Court had declined to hear the matter on war footing basis and therefore posted it to Friday.

With the hope of getting an advanced bail, Chidambaram was reported to have been missing or untraceable until Wednesday evening (August 21, 2019).  When the possibility of anticipatory bail was far from reach, finally the veteran Congress leader appeared in Congress headquarter to address the media. He was thereafter arrested from his house in Delhi after great resistance and impedance.

This is at least how the matter is perceived by people of India. But the fact remains that the Congress party has lost both war and battle in reality as well as in perception.

The Look-out notice was served for P Chidambaram. Chidambaram is, however, not an ordinary citizen. He is, in fact, a brilliant legal luminary and the former Home Minister and Finance Minister. So, technically, acting in accordance with his stature and position, he should have gracefully embraced the request of the investigating agencies and should have cooperated. But instead, he created a scene that he is above law by applying for anticipatory bail after bail. he was unwilling to cooperate with the agencies and acted like an extra-ordinary citizen.

Unfortunately, the Congress party instead of advising P Chidambaram not to create an awkward situation and put the party under unnecessary duress appeared to have extended support to him to breach the law and justice as perceived by the public.

The question being posed to the CBI and ED by several so-called intellectuals was that when the anticipatory bail application was anyways coming up for hearing in Honourable Supreme Court this Friday (August 23, 2019) what was the urgency to arrest him? why couldn’t they wait till Friday?

Surprisingly, the people who are raising such questions are themselves unable to answer why P Chidambaram has been running after anticipatory bail, that too for nearly 23 times. Moreover, if he is innocent and the entire charges against him are fabricated and foisted, why doesn’t he cooperate and prove his innocence.

The point of debate is not about whether Chidambaram is guilty or not, which only the court of law alone can pronounce, but what the country has expected from the veteran leader and his party. The people of India expected courage, openness, conviction and gracefulness to accept and follow the law of the land instead of engaging in a hide and seek game or a so-called ‘Tom and Jerry’ hunt.

If P Chidambaram embraces arrest instead of avoiding it on a daily basis by running after anticipatory bail, public perception would have been different. A public person of his calibre and stature should have behaved more ‘leader-ly’ than as cowardice or like any ordinary citizen.

The question here is not about the methodology but the end means or the result.

Lord Ram, in the most famous epics in Hindu literature, the Ramayana, had adopted two different strategies to destroy Vali the brother of Sugriva and Ravan. The epic says that Lord Rama killed Vali from behind the tree as he said that the person coming as an aggressor with a malevolent intention, deserves to be killed and there is no sin in killing such a person by whatever means.

However, he adopted a different strategy in dealing with Ravan. He gave time to Ravan to come back to the battlefield the next day when Ravan lost his weapons to fight.

Rule of law in the battlefield is different from the rule of law required to deal with someone who has already got some extra-entitlement like Vali.

Similarly, Lord Krishna also had to adopt several new ways and strategies to defeat Bhisma, Drona, Karna because all of them joined with Duryodhana, the embodiments of adharma.

From the point of view of dharma, the strategy adopted by ED and CBI is justifiable as the people of India must be made to feel that no one is above law and justice.

The arrest is only pertaining to the investigation and not to conclude or award the status of guilty. As the preamble of the law, justice is not just done but made to feel it has been done. Congress and P Chidambaram should have handled the entire issue bravely than playing as if they are above law. They must not forget that they not only enjoy entitlement but are also extra-constitutional authority and should behave in accordance with their stature and position.