Hindu Cynosure of the Pacific Ocean 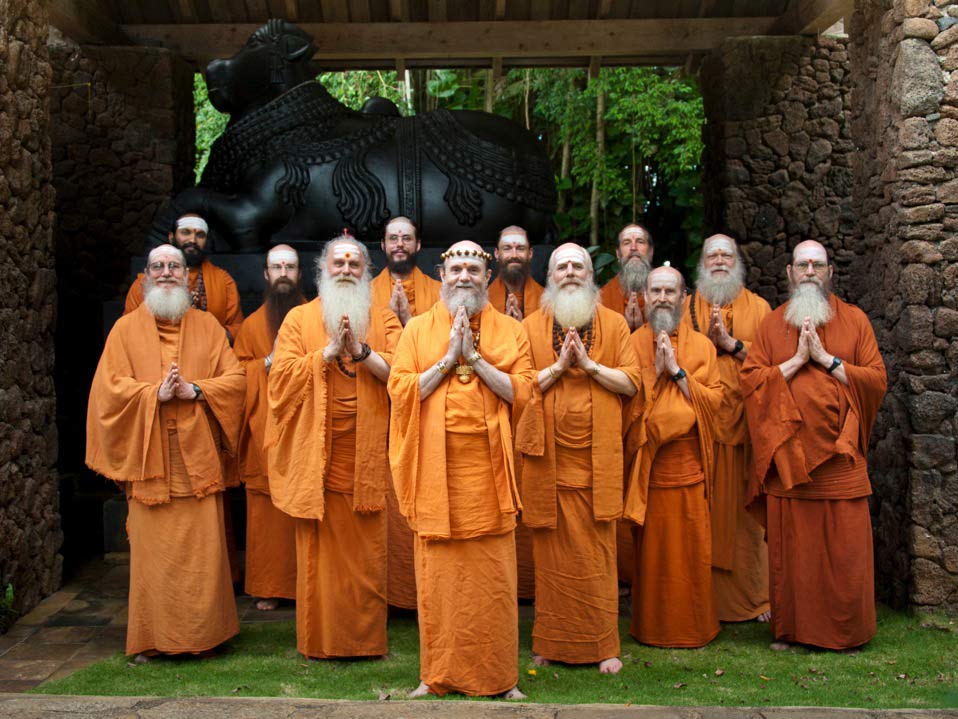 What would it feel like to experience a grand Hindu temple built in a traditional south Indian architectural style in the middle of the Pacific Ocean? Nothing short of a spectacle! To stop wondering and get awed by this amazing feat, one has to visit Kauai’s Hindu Monastery, located on the tropical Garden Island of Kauai in the Hawaiian chain. Interestingly, the ancient Hawaiians called this site on the banks of the Waliua river ‘Pihanakalani’, which means “where Heaven touches earth”. This spiritual sanctuary was founded in 1970 by Satguru Sivaya Subramuniyaswami (founder swami; 1927-2001). It is the home of Bodhinatha and his order of swamis, yogis and sadhakas from different nations. The monastery is the headquarters and theological seminary of Saiva Siddhanta Church. It is also home to Himalayan Academy, Hinduism Today magazine and Hindu Heritage Endowment.

As in any traditional Hindu temple, the elephant god, Ganesha warmly welcomes known and unknown faces from near and afar. The path further leads you to a first of many mind boggling meditation hideouts, with the image of Lord Muruga or Subramanya in the midst of a huge banyan tree with its roots dangling and making the place dense enough with about six well-done seats in stone.

With a small gate leading the devotee to the Kadavul temple, in which Lord Siva is the presiding deity in the form of Nataraja. If you’re a South Indian, you would gently reminisce about temples back home upon seeing a miniature version of a temple tank (for ceremonies and for devotees to wash their feet before entering). It’s beautifully constructed with a Tamil Om symbol on the bottom and Thirujnana Sambandar (a mystical poet of the 7th century and renowned devotee of Lord Siva known for many great works like Thevaram), dancing on the temple tank’s lotus.

As one explores further interior, it is an invitation to get captivated in the vast expanse of the 363-acre property. Among the many towering flora, if lucky, one will spot the betel plant (used primarily in Hindu festivals and paan). The Wileau River and the lush green landscape almost transports one into reel life where we have seen Rishis meditating along the banks of the river; however, this is real!

The crown jewel of the monastery is the San Marga Iraivan Temple, an all-granite Chola-style temple currently being carved in Bangalore, India, and assembled in Kauai.  At the site, you will find sirpis (sculptors) from India clad in their traditional dhotis going about their work routine. A casual talk with one of the first generation sirpis, Adaikalam (a native of Karaikudi) indicates his pride in being part of the crew deputed to build the marvel. In his words “it’s a unique opportunity that I have been accorded to spread the Hindu culture in a foreign island. It truly is Ishwara’s blessings”.

Manikandan also a first generation sirpi and supervisor opines “It makes us think that we are part of the blessed crew of this generation who have got the opportunity to build a Chola style architecture which is rather rare in today’s times”. He goes on to say that the Swamis of the monastery have kept them happy, without any pressure on timelines, which is also one of the reasons for the prodigious work product. Many beautiful carvings representing scientific aspects of the Hindu philosophy, dharmic principles, founder’s visions, rolling ball in the lion’s mouth and other aesthetic pieces adorn the walls of the temple.

The temple built in South Indian style has its share of

The temple built in South Indian Style has its share of Hawaiian flavor. Usually, the Siva bhuta ganas hold the water channel which drains from the inner sanctum during abhishekham. Here, the bhuta ganas are replaced by a Hawaiian Menehune. In Hawaii’s oral history, they were a race of dwarfs who were about two feet tall inhabiting the islands, specifically Kauai, prior to the arrival of Polynesians. Another unique aspect of this spiritual sanctuary is the rudraksha forest, which is said to be the only one in North America. In 1984, the founder Swami planted 108 trees with his own hands. Today, the trees stand majestically; fifty feet tall and produce hundreds of thousands of fruits each year.

Unlike many institutions of faith, this Hindu genius, has paid tribute to the class of sculptors who have toiled to make this piece of art into reality through a temple builder’s pavilion. To a seeker, this is a spiritual recharging paradise with gardens, groves, paths, ponds, waterways and forests enticing to become one with nature, experience serenity, and achieve perfect union. In the founder swami’s words, Iraivan temple is a living edifice that brings ancient tradition into the 21st century, a stable anchor sustaining and strengthening Hindu dharma for our children, their children and generations to come.

We were not present to witness the making of the architectural splendor of ancient Hindus like the Thanjavur Brihadeeswara or the Madurai Meenakshi temple. However, it is a treat and a unique once in a lifetime opportunity to see the all hand carved granite temple, be raised from ground up which will stand tall as a symbol of Hindu faith for generations to come.