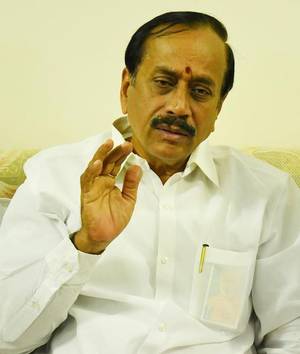 If BJP wants to make gains in Tamil Nadu, it needs to move beyond strategy and speeches and promote their faces within the constituencies first. The Westminister style campaigning of asking to vote for one leader at the center may click with the urban voters who realize that having a stable government is more important for the economy, but the remaining parts of Tamil Nadu have a voter base (the base which swings left and right to decide the winner) believes that they need a leader who could represent their interests at the center and bring in more development in their specific area. The south part of India is particularly known for this behavior where you cannot show a prime ministerial face and expect any person to win at the state levels. This was very apparent in the previous elections where despite the Modi wave, there could not be much disturbance to the existing voter patterns in the Southern states. With its current agreement of 5 seats sealed with AIADMK and PMK, it is important for BJP to at least convert its seats to have a future in Tamil Nadu and make headway into the mindshare of voters.

Looking closely at Sivaganga where the BJP is planning to contest this year with its star candidate H. Raja throws some light of why there is work to be done and every small effort to improve voter familiarity taken could turn out to be fruitful.

Lok sabha 2004 saw Chidambaram winning from this home constituency by a huge margin of 60% with his next candidate falling short of his tally by more than 1.5 lakh votes, the next elections saw the AIADMK gain enough traction because of the strength of a candidate who was well known in the constituency because of playing diverse roles in AIADMK primarily in Sivaganga; Raja Kannappan was a known face in the constituency right from 1972 playing roles such as Student wing secretary, Union secretary and District secretary for the ADMK and got elected on a MLA seat as early as 1991.

Chidambaran still won in this elections but by a very small margin of less than 4000 votes. In 2014, it was no surprise that both DMK and congress was trounced by the AIADMK candidate because of the corruption charges in 2G, but it was interesting to note that H. Raja polled more votes than Karti Chidambaram from the Congress.

This year gets extremely interesting with AIADMK aligning with the NDA and Raja still contesting from the same constituency, but still there is a gap of around 1.1 Lakhs and 3.4 lakhs between his tally and the 2nd and 1st positions respectively. The analysis of this constituency shows that known faces tend to get more traction here and H. Raja is sitting with a huge disadvantage in this aspect (there was a time in 1999 where Raja had come a close second but it was under the alliance of DMK and not independently). In the days to come, H. Raja would need to seriously consider campaigning voraciously in Sivaganga since the DMK is going to most probably come up with a locally known face which the Sivaganga voter base always prefers.

BJP cannot be banking on the social media reach that H. Raja currently holds as mostly its only the negative things that flows down south from Chennai from social media channels, only the urban voters in Chennai actually appreciate the knowledge and education of this man. Sivaganga’s fort is going to be tough one to capture and not understanding the people’s issues or increasing familiarity is not going to help the lotus shadow the sun.