Pharmacovigilance for AYUSH – Don’t let fence to eat the crop 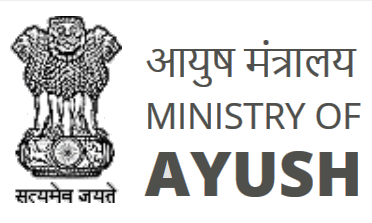 The proposal of Ministry of AYUSH to initiate pharmacovigilance process for AYUSH products should not defeat the cause of AYUSH but instead it should support the promotion and popularization of AYUSH. By looking at the scientifically proven allopathic system of medicine and the importance of having a proper documentation on various side effects of different allopathic drugs, proposing a similar process for AYUSH products is not that wise.

All plant/herb based AYUSH products must be separated from the toxic metals like Mercury, Arsenic, Antimony Copper etc., based products and products that are formulated with excretory materials of several animals by AYUSH system. The second group of products definitely require firm regulations because all such preparations are made without any proven scientific basis or rationale. But for herbal mixtures bringing newer and newer norms by comparing with those that exist for scientifically proven allopathic drugs would make the growth of AYUSH very difficult.

Various herbal mixtures of AYUSH must be treated with respect to our ancient tradition and must be allowed to exist freely than with stringent norms. Like different restaurants that constantly invent different food recipes, AYUSH industries must also be encouraged to invent different herbal combinations and conglomerations.

AYUSH is a system evolved through the collection of several isolated experiences, narrations, faith and finally the devotion between patient & Viadya. In the great past when a Vaidya gave certain AYUSH recipe(s) to the patient, the patient in turn used to give their experience about the recipe(s). The patient had never doubted or questioned the wisdom of the Vaidya. Out of such sharing what extent the science was present, how accurate was the initial diagnosis, was the experience just a feeling of the patient or really the medical outcome, whether all the changes narrated by the patient were due to the product given by the Vaidya etc., were not clear.

Therefore a set of recipes that got evolved through the above process of trust and belief between the patient and the Vaidya, trust in God, trust in superstition, astrology etc., should not be subjected to severe scientific scrutiny like that of the allopathic drugs. In the past patients were also sufficiently prepared by the Vaidya and by their associates to accept the treatment failure and then attribute such treatment failures to the actions of previous birth of the sufferer so that the system or its recipes are never demeaned or questioned or suspected.

It was believed that any systemic aberrations in mind-body balance as the key precursor for all diseases. So the fundamentals of AYUSH had always given importance to restore the mind-body balance than eliminating the etiological factor. Problems born out of such imbalances would have got cured mostly due to the total dictums of AYUSH and having developed complete faith and belief in the treating vaidya. AYUSH is indeed a perfect wellness system for promoting and protecting health than treating diseases.

It is always seen that if people submit themselves to someone with complete faith and trust that someone would save them, then getting the possibility of relief is great especially when both people have true intentions. When the patient surrenders to the Vaidya with complete faith and belief the relief is certain according the AYUSH philosophy. The point is that how a system that has evolved through faith and belief we can bulldoze with the giant wheels of Drugs and Cosmetic act. Instead AYUSH need benevolent support and it must be promoted for the wellness and happiness.

AYUSH is predominantly a one sided experience based system and not experimentally proven system. Therefore the system must be promoted with the above essence.

It is not about pharmacovigilance, but unconditional support is needed for AYUSH and the law must facilitate everyone to make own recipes with proven herbs from the system. Such concoctions should be exempted from strict regulatory scrutiny or rigorous law.

AYUSH Vaidyas in private practice must be empowered, rejuvenated, made confident and proud of their system so that they would not migrate to cross pathy. Enforce regulations for AYUSH that are simple, friendly and progressive.  Similarly ensure AYUSH vaidyas in private practice feel proud about their system and promote own system with zeal and ecstasy and not become missionaries of western medicine.