More
Home Opinions For you and me, India doesn’t work
Opinions
Updated: 13 July 2018

For you and me, India doesn’t work 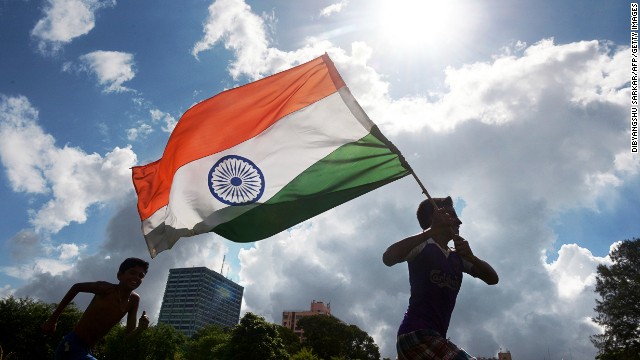 I got up early yesterday, dressed up in time, and headed for Noida Development Authority office. I carried two complaints with me: one concerned the unruly trees whose branches, leaves and offshoots provide the perfect cover to an oncoming car in the lane till the brakes are jammed in your face and the driver’s filthies are audible. The second concerned the mountain of garbage which has gathered volume in a matter of few nights next to my colony.

The horticulture guy I confronted appeared suitably concerned; an act which comes naturally to public officials in India. He connected me to the official-for-my-lane; who in turn rued the lack of support from tractors and crane division and asked me if I could drop a word with them. They, on their part, asked me to be a good Samaritan and speak to power department who must turn off the electricity before the horticulture guys could get their shears and loppers on the overhead jungle. As for garbage, the health department guy threw up his hands in sincere disgust: “first, we can’t get a landfill site. When we get one, the residents use political muscle. We then hear from the Chief Minister himself to cancel the site. Where do you think we should dump the filth.” Yes, right in front of my door. Be my guest.

I had visited the Authority a year back too but in a far sorrier sight. Nose broken, jaws hung loose and the face covered in swathes of bandages. A few stray dogs had lunged at my feet on the pedal of a bicycle. As I swung my heels at them, my hands came off the handle, the vehicle veered violently and hit an unsuspecting oncoming car, throwing me high and deep into the front lawns of my neighbour. A fortnight of rest on doctor’s couch later, I headed to Authority catching those stray dogs in the back of my eye, sitting at the bend of the lane, giving me long looks of pure derision.

Sure, the Authority has a division for stray dogs. But the man in charge plainly hated my sight: “Why is your RWA not complaining? Did you go to the private agency we’ve hired? Would you be there when we visit your lane? Also, we can only sterilize them. We can’t tell you when we do so. And then leave ‘em back in your lane.” Just sterilize? So it mocks up on my face every time I step out of my home? “Yes dear, you heard me right,” drawled the obnoxious in charge, unmoved by the sight of a wounded person.

Police is another arm of the state which can go hideously wrong for you in India. I once waited in my car for traffic to clear when a vehicle leapt at me from the left, took down the protective guard of my four-wheeler and its driver came out with murderous intent. I was mad too looking at my damage. My wife rang up No. 100, shouting in my ears, “Let’s make sure he pays up for this.” Soon enough, the police siren was heard. We two warring car-owners were taken to the nearest police station. The investigating officer and my opponent clearly shared the same language; probably the same village too. I was told it was all my mistake: “Can’t you see the long screech in his car, my dear?” the officer admonished as he pulled out a sheet of paper and began preparing the case against the wretched me. I had to make calls to a few journalist friends to let the matter rest there.

Judiciary? Well, it’s not an arm of the state. But it’s not for you too. Its three years and my case against Greater Noida Authority of India (GNIDA) hasn’t even come to the hearing stage. The Authority is penalizing lease-holders for the money Authority owes to the farmers! Your registry, lease-deeds paper matter nothing. There is a compounding interest of 15 per cent too to make the residents fall in line. Thus the statutory warning: Think 10 times before you knock the doors of justice. Thereafter reject the fanciful notion. Don’t get any sense of false dawn only because Supreme Court opens up its door past midnight for Sanghvis and Chidambarams of this country. Or, because you have seen four senior Supreme Court justices in anguish in front of the press. Justice can come in a worse form than the outrage which brought you to its door.

Killing a canine could put you behind bars for 5 years in India. Felling trees is a criminal, unbailable offence. Hitting or obstructing a police officer from discharging his duty can land you up in jail for three years. And you probably have heard of “contempt of court” lest you feel inspired by Al Pacino and his stirring act in the “scent of a woman.”

This probably is your story too. You too probably have come to the conclusion that India doesn’t work. Not for ordinary folks like you and me anyway. You government confesses that it needs at least 5 lakh policemen. Your judges agree that it has a pendency of crores of cases in litigation. Your politician is fighting to “save the democracy” in the country. Between a dozen politicians and two scores of edit-page con-writers, your newspapers wrap up the morrow’s edition. The moral indignation you see on television; the paid crowd in front of the Parliament; garishly-plastered actresses holding placards in front of bosoms—it’s all effects, no substance.

A common Indian like you and me remain dis-empowered. Averted gazes and rehearsed lines are all you get for your askance to live with dignity and justice. You worry till your daughters arrive home safe; you are relieved that nobody has broken into your home while you and your wife snored the night away. When you point out how ISI is funded through an illegal betting website,  present copious evidence, personally knock doors of authorities and still nothing happens, there ought to be definite collusion hidden right in front of your eyes.

Modi 1.0 or Modi 2.0 would’ve done immense service to over a billion of the human race if the simplest of justice are delivered to them. Have an adequate police force; pay them well but keep them in check. Let them have the best of technology and training. Have judges in the numbers so that cases don’t cross a calendar year. Make sure that different departments of an Authority function seamlessly. An average citizen of this country is angry and dispirited. All those solemn pledges of “development” are just sounds without natural justice. You and I know it.